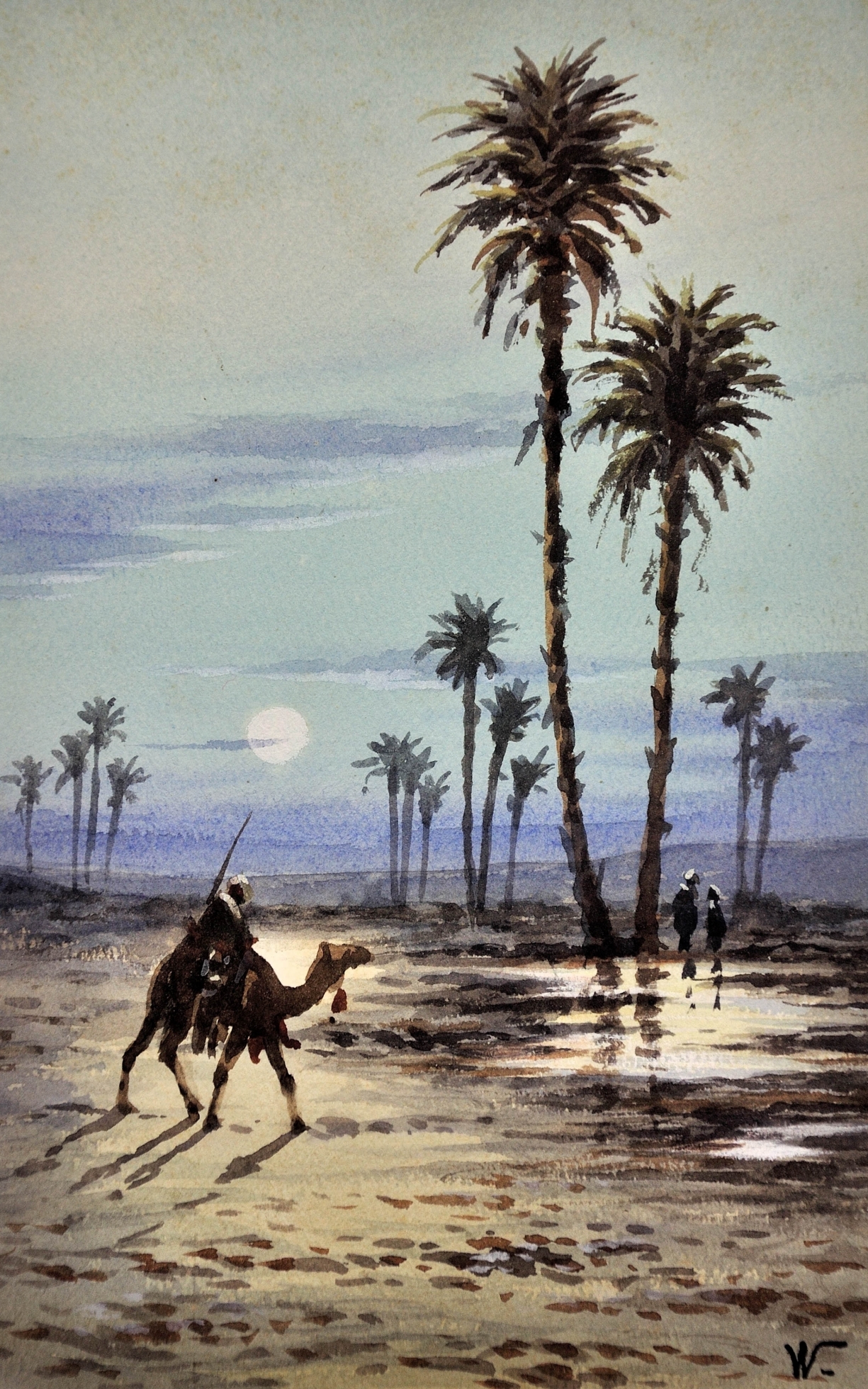 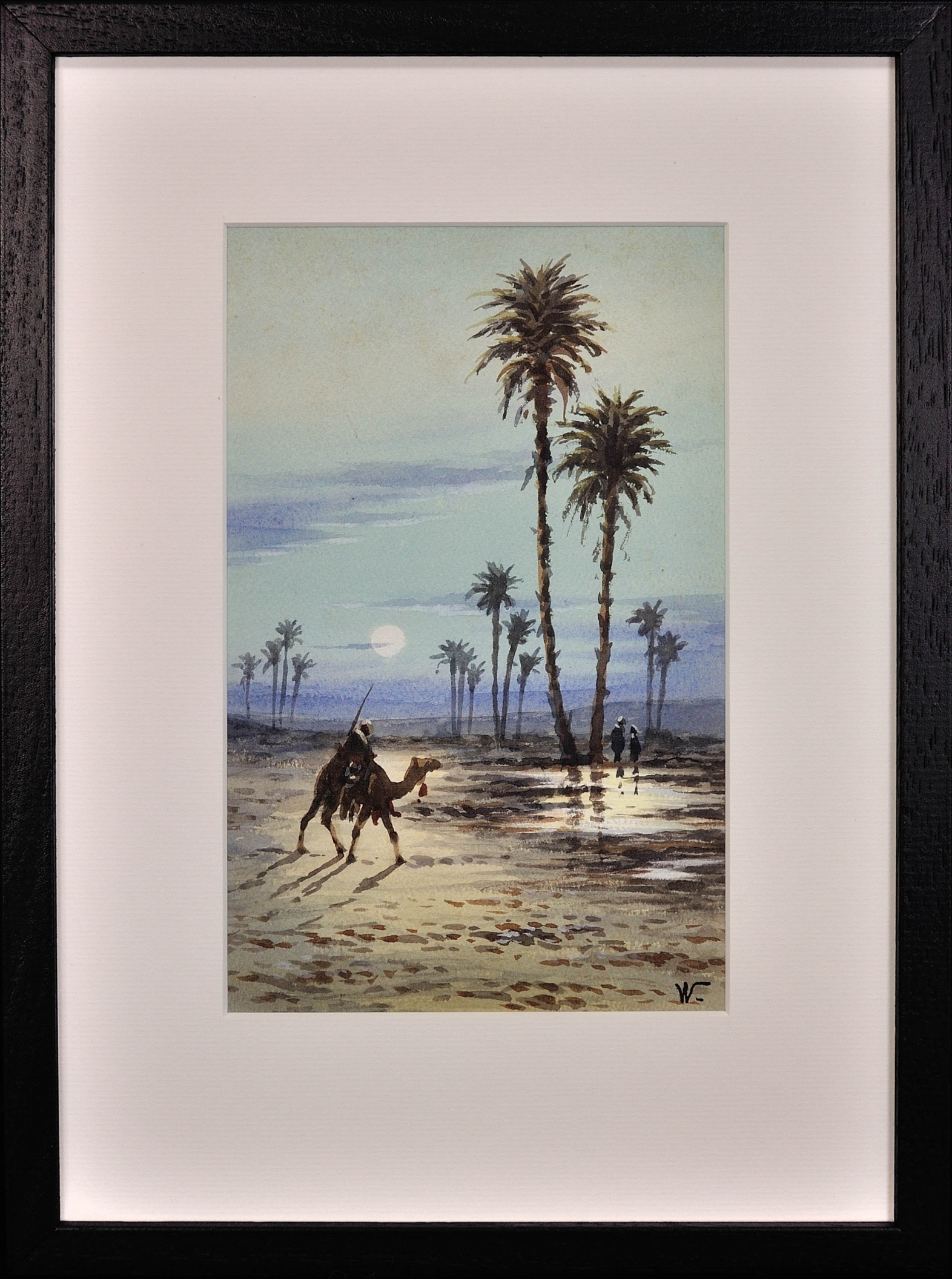 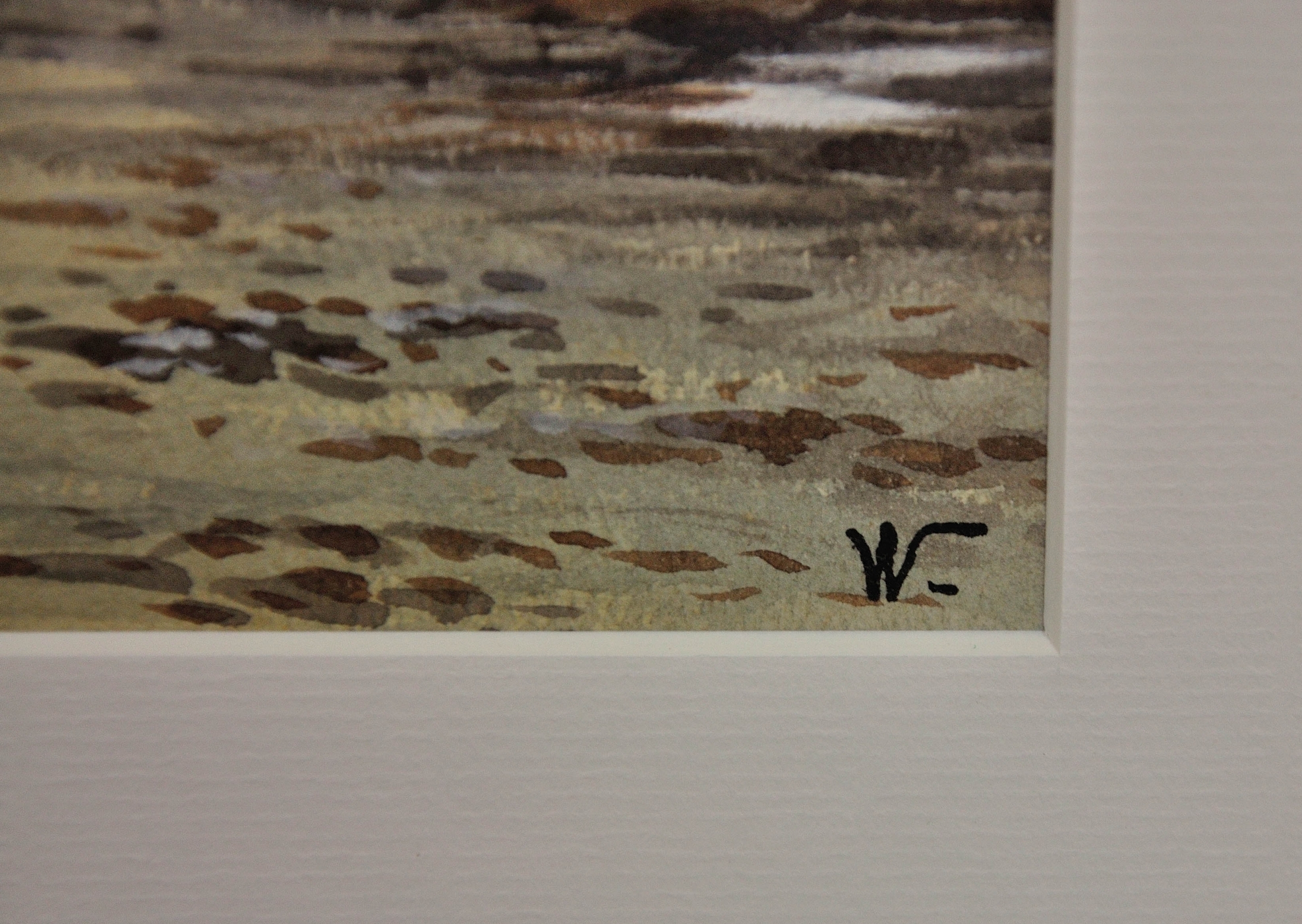 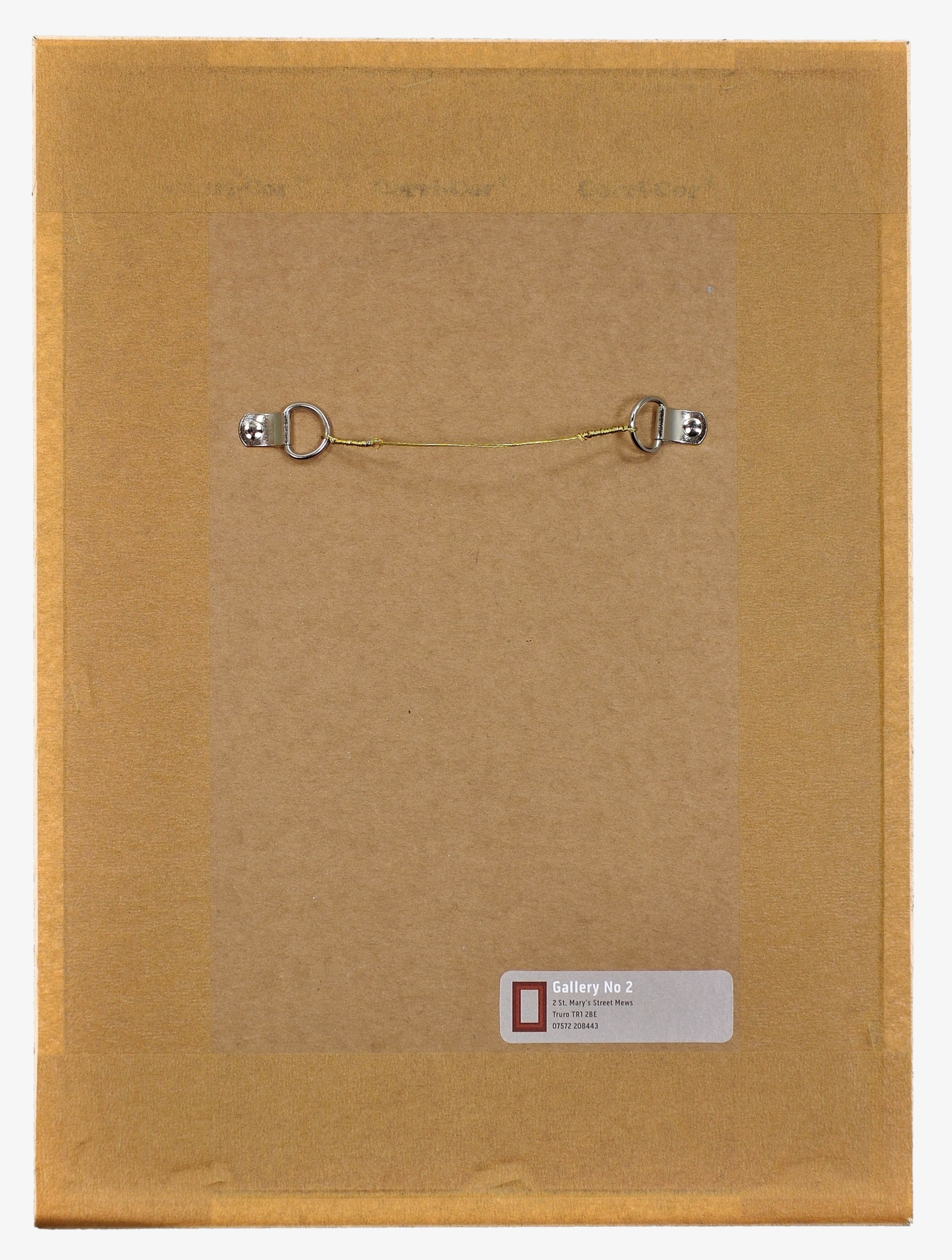 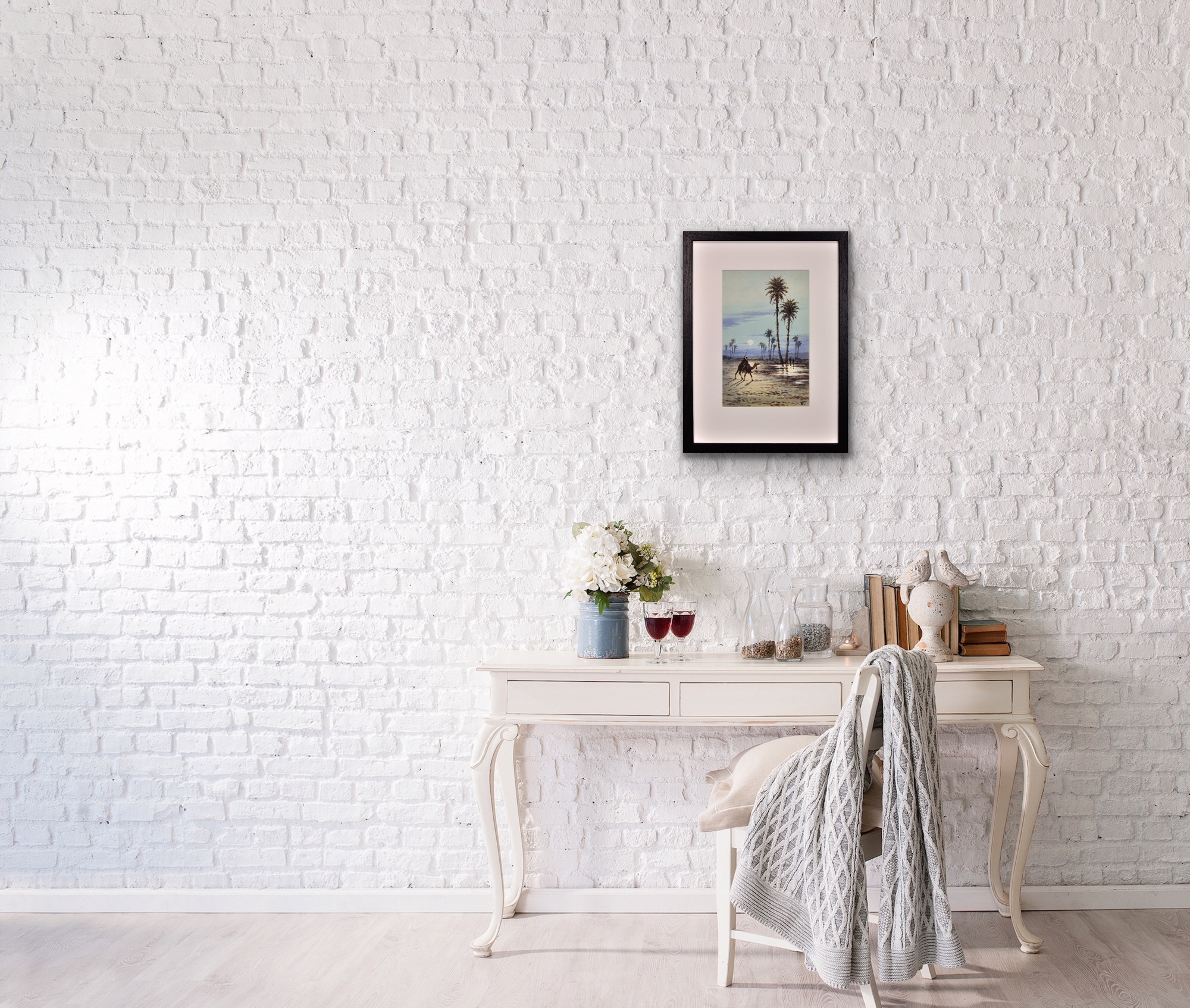 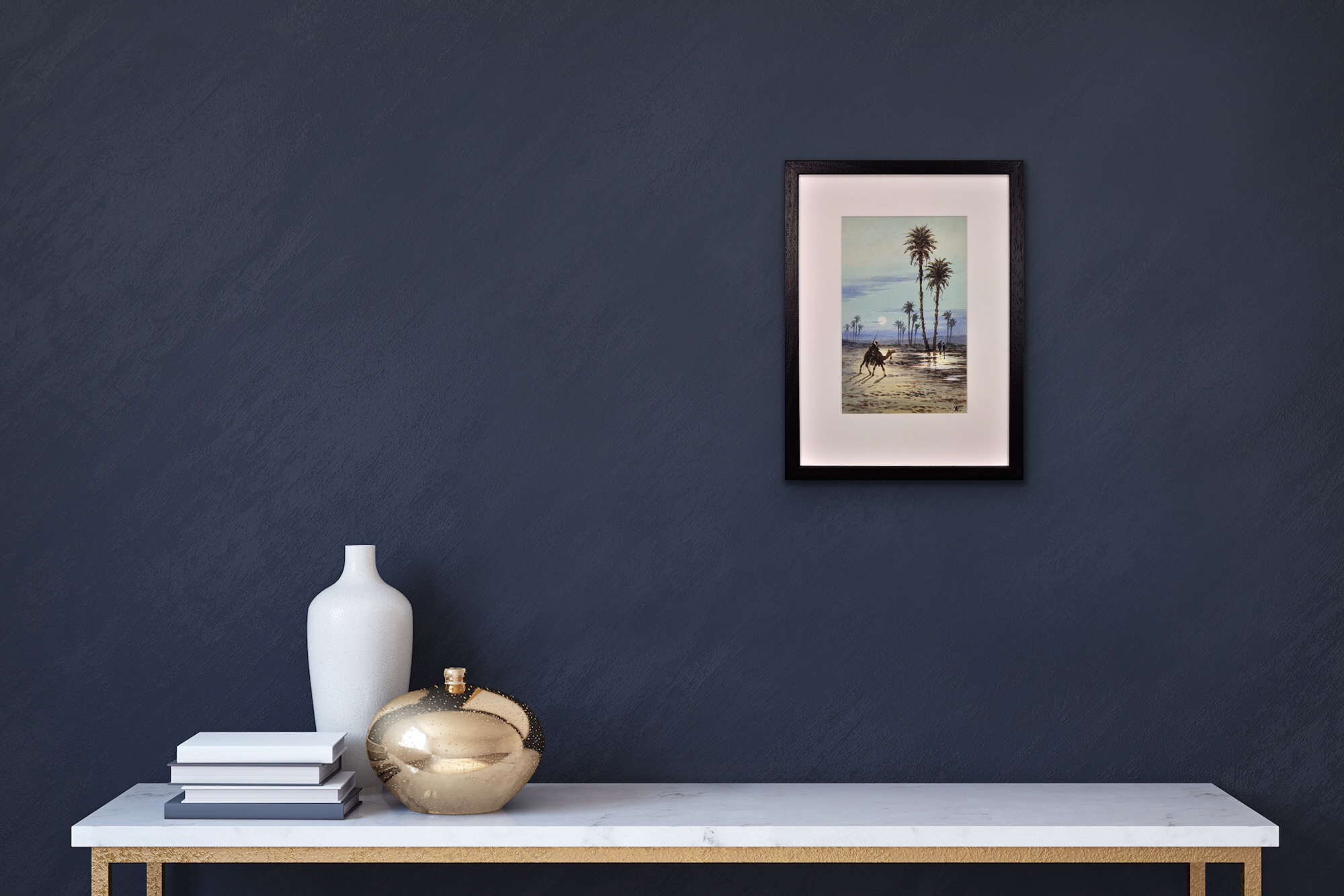 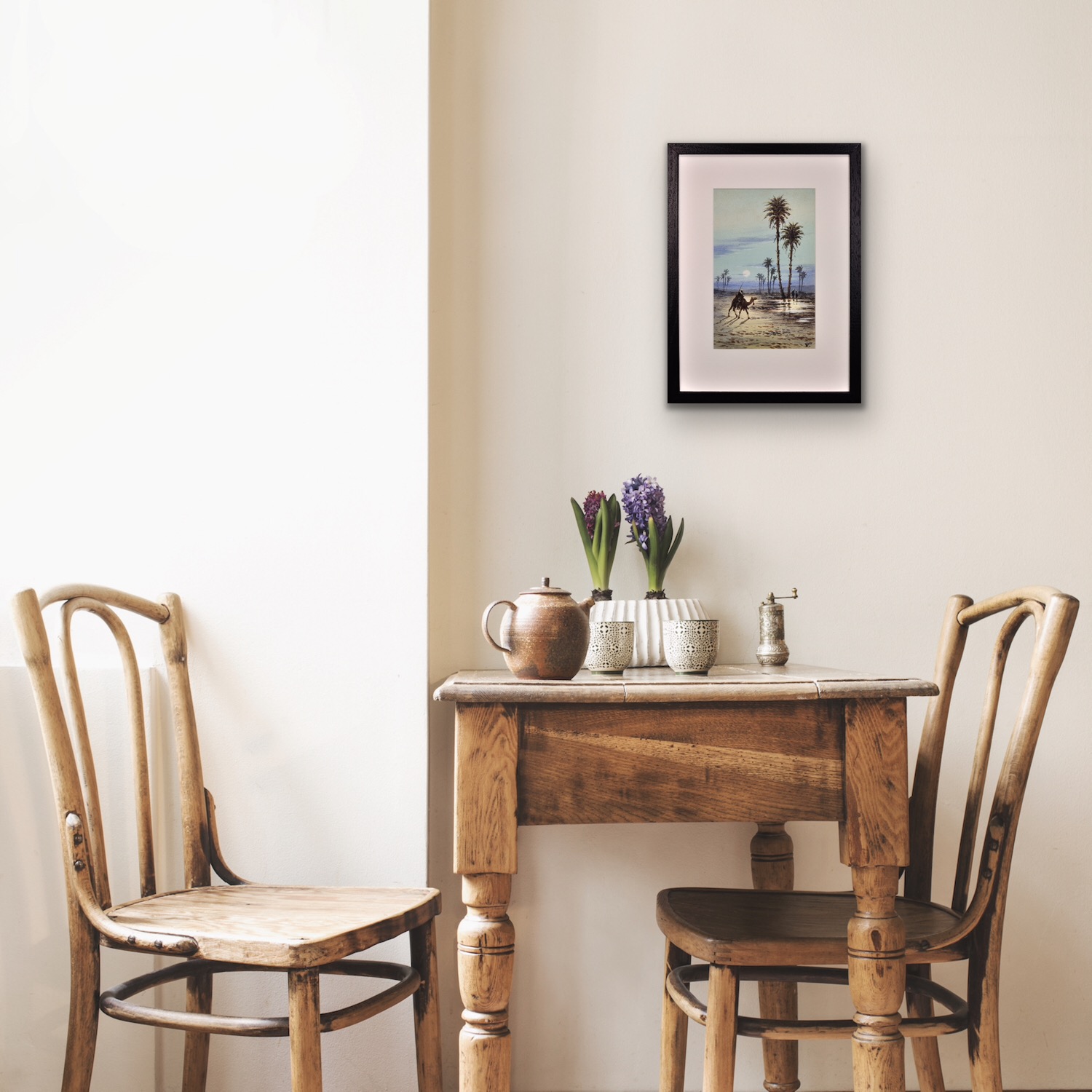 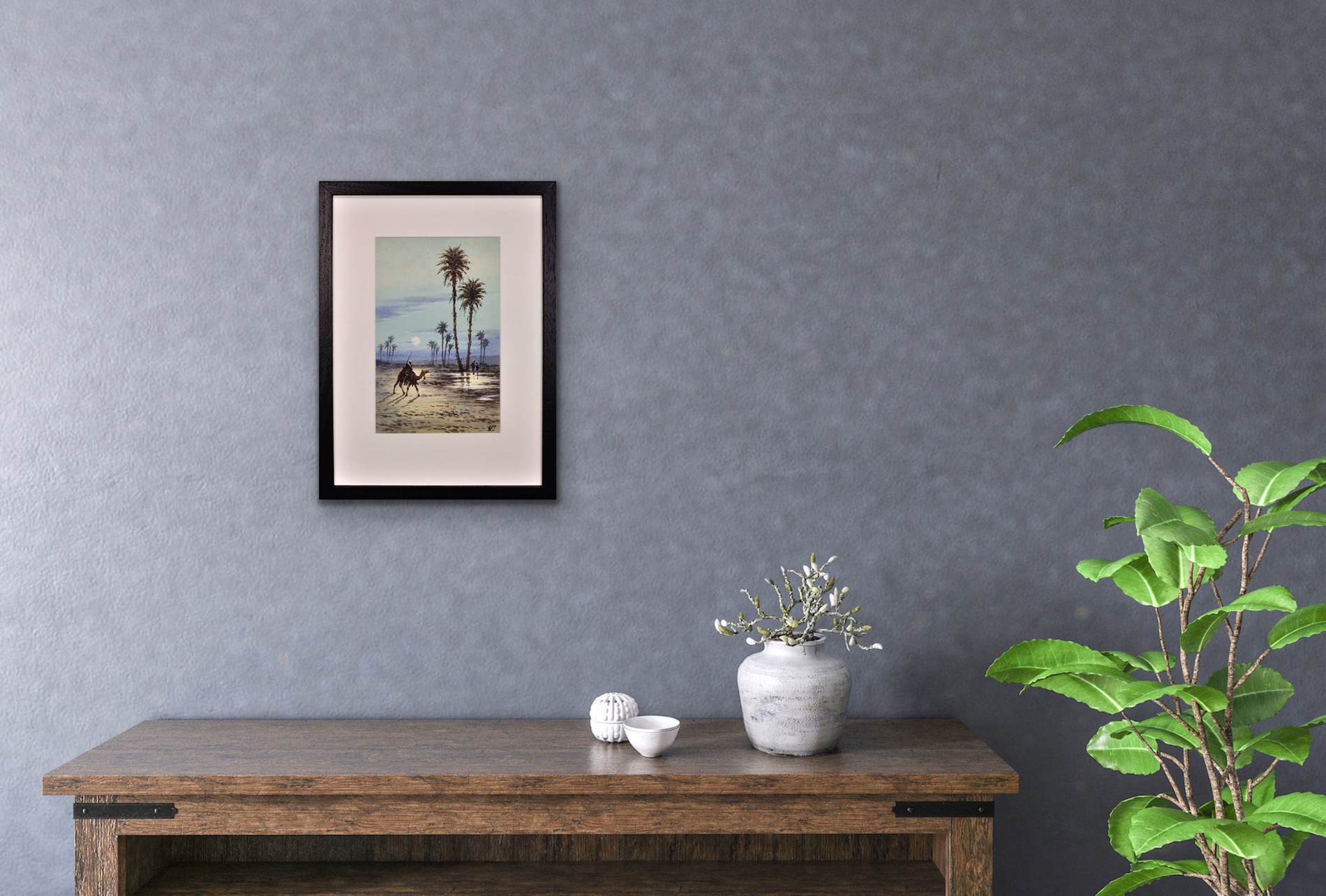 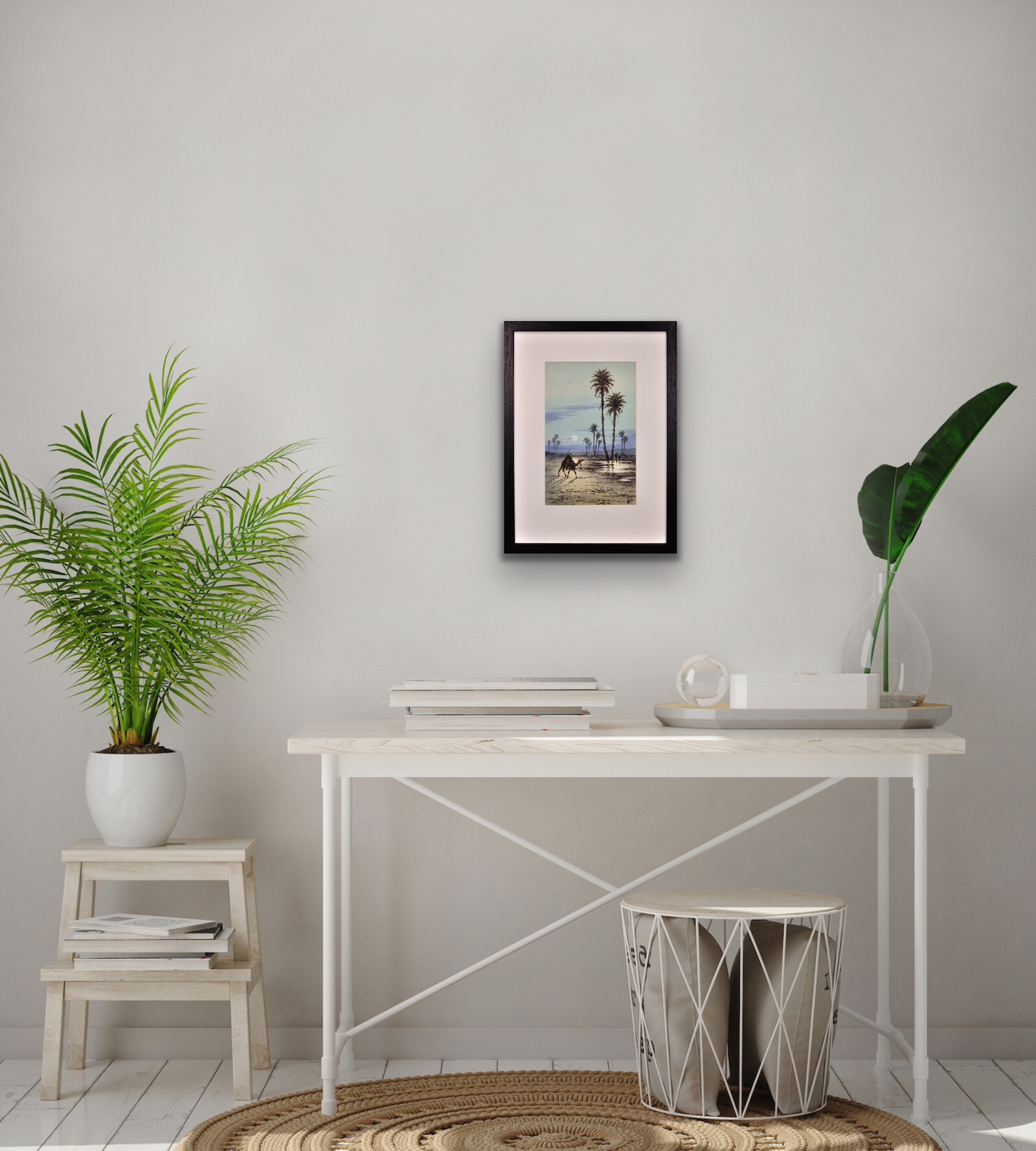 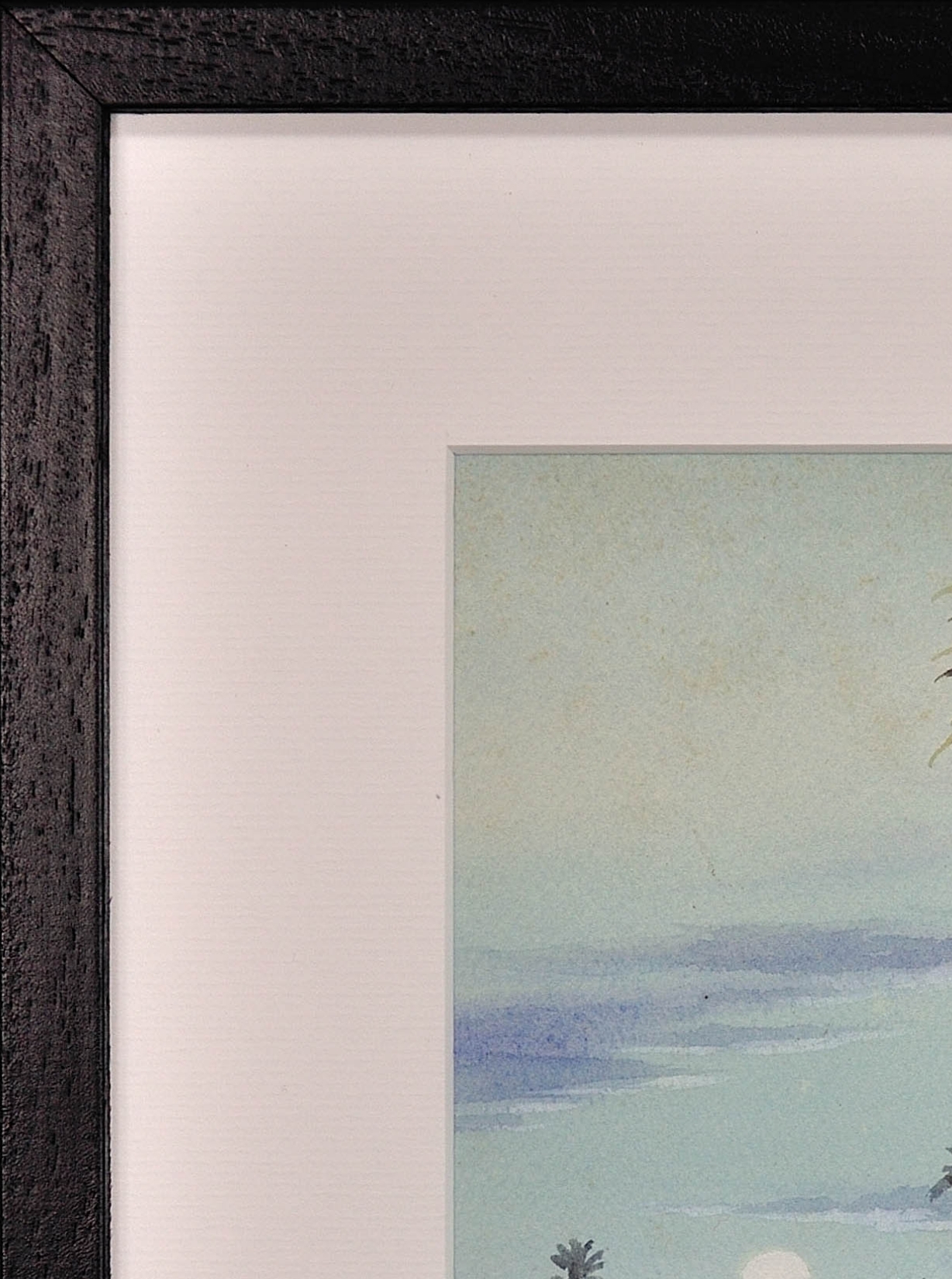 Sunrise at the Oasis

This charming original watercolour by Edwin Lord Weeks depicts the scene at an Arabian oasis as the early morning, just as the sun rises. The sun is white, almost moon-like, and rises in a sky which is a stunning pale blue with wisps of violet cloud. In the foreground there is a dromedary camel with a rider on its back, and to the right of him we see the gleaming waters of the desert oasis, around which tall palm trees grow. In the background there is a range of hills in what is otherwise a vast and barren landscape. The camel and trees appear almost as silhouettes against the bright cool sky, and the sand of the desert glows in the rays of the sun. We might reasonably assume that the camel and rider have slept and are refreshed and are now setting out on their onward journey at first light, before the heat of the day.