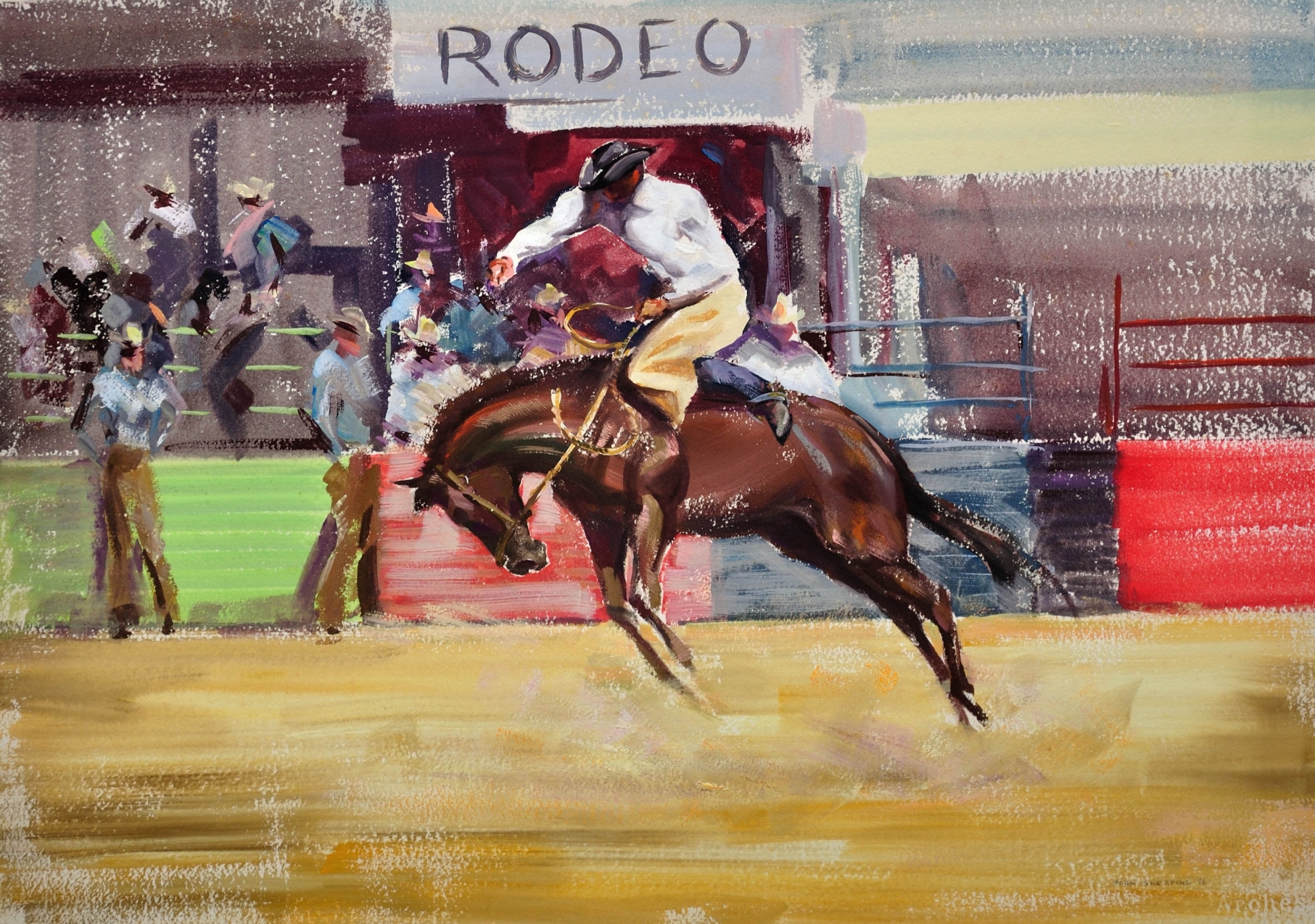 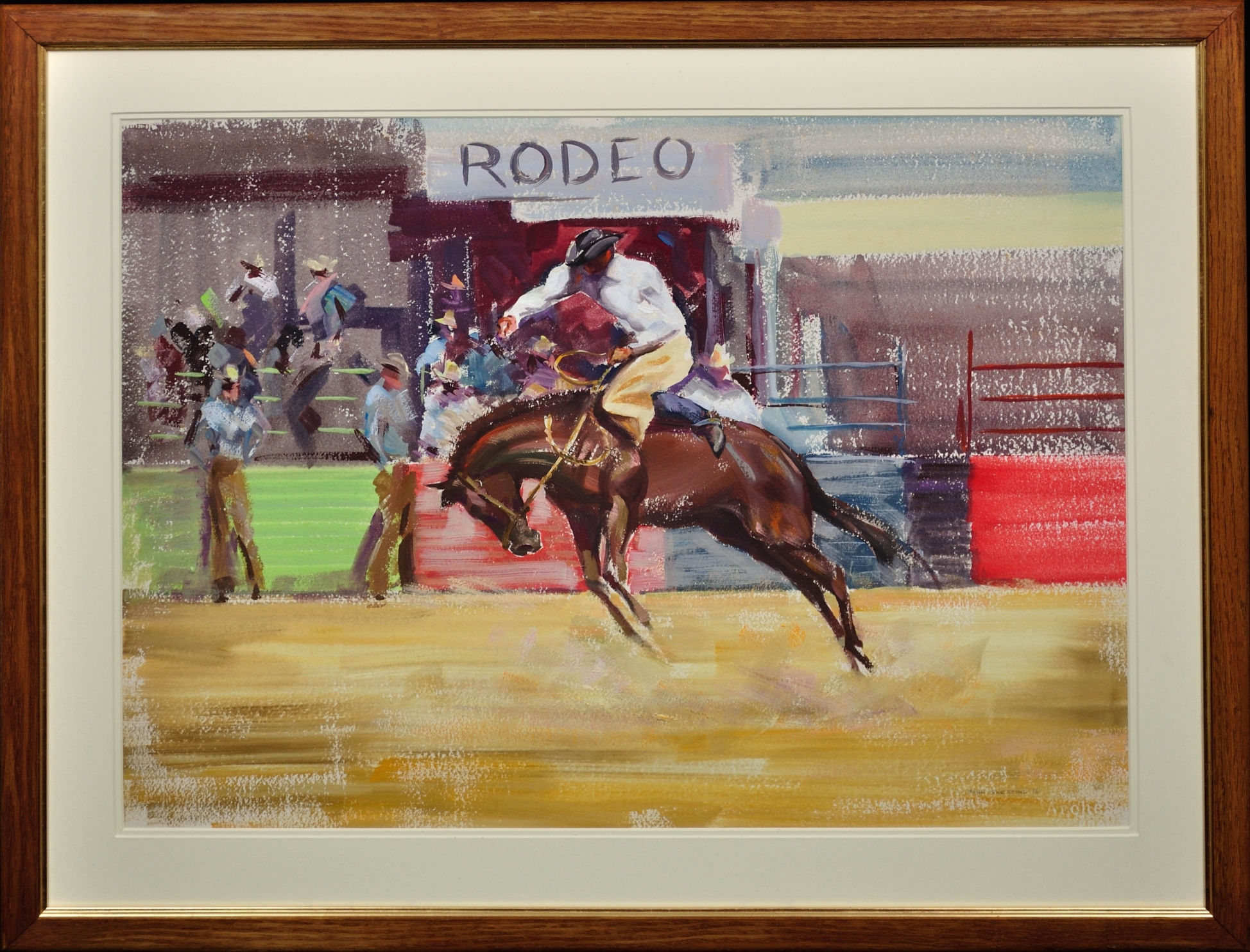 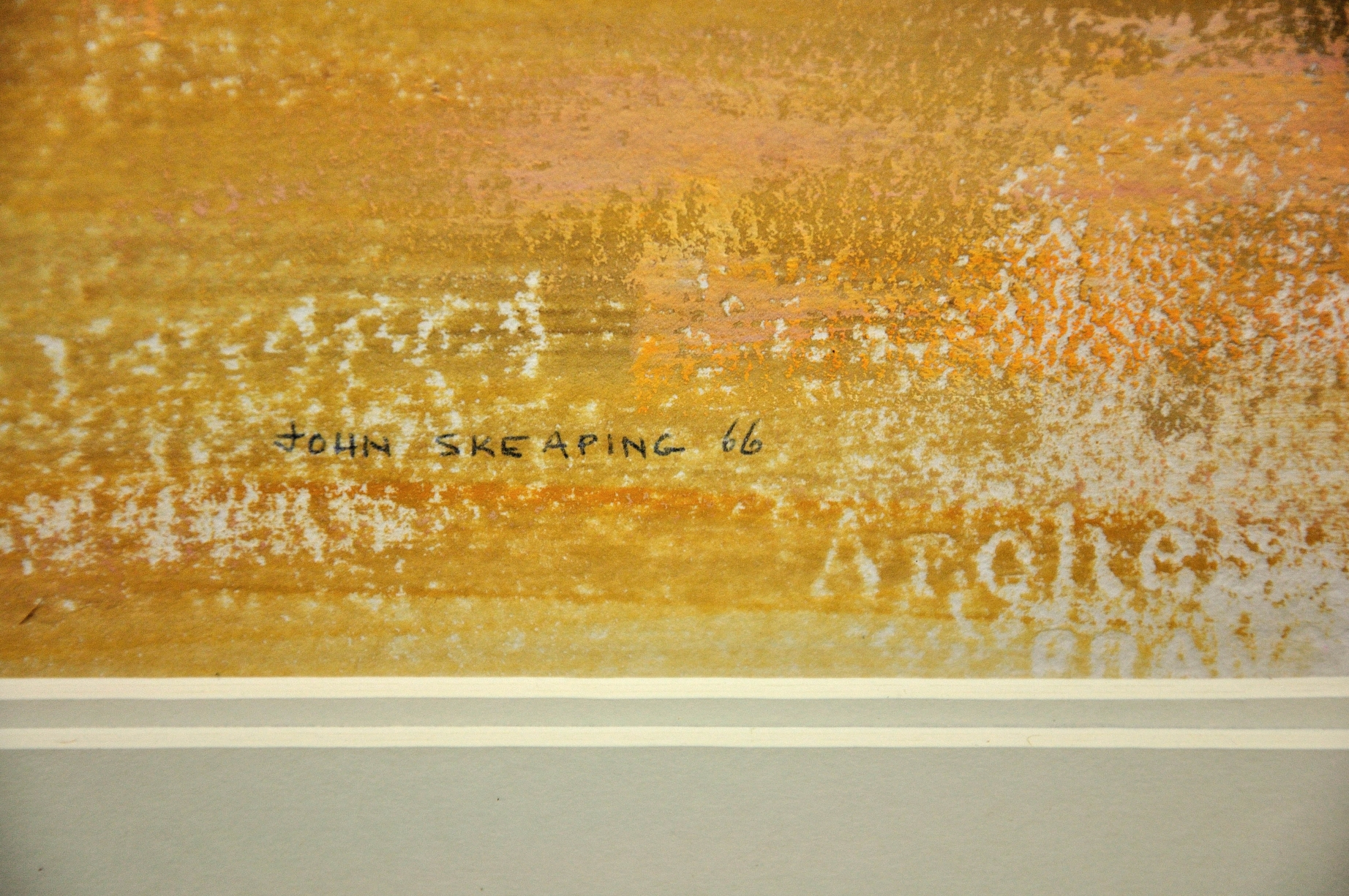 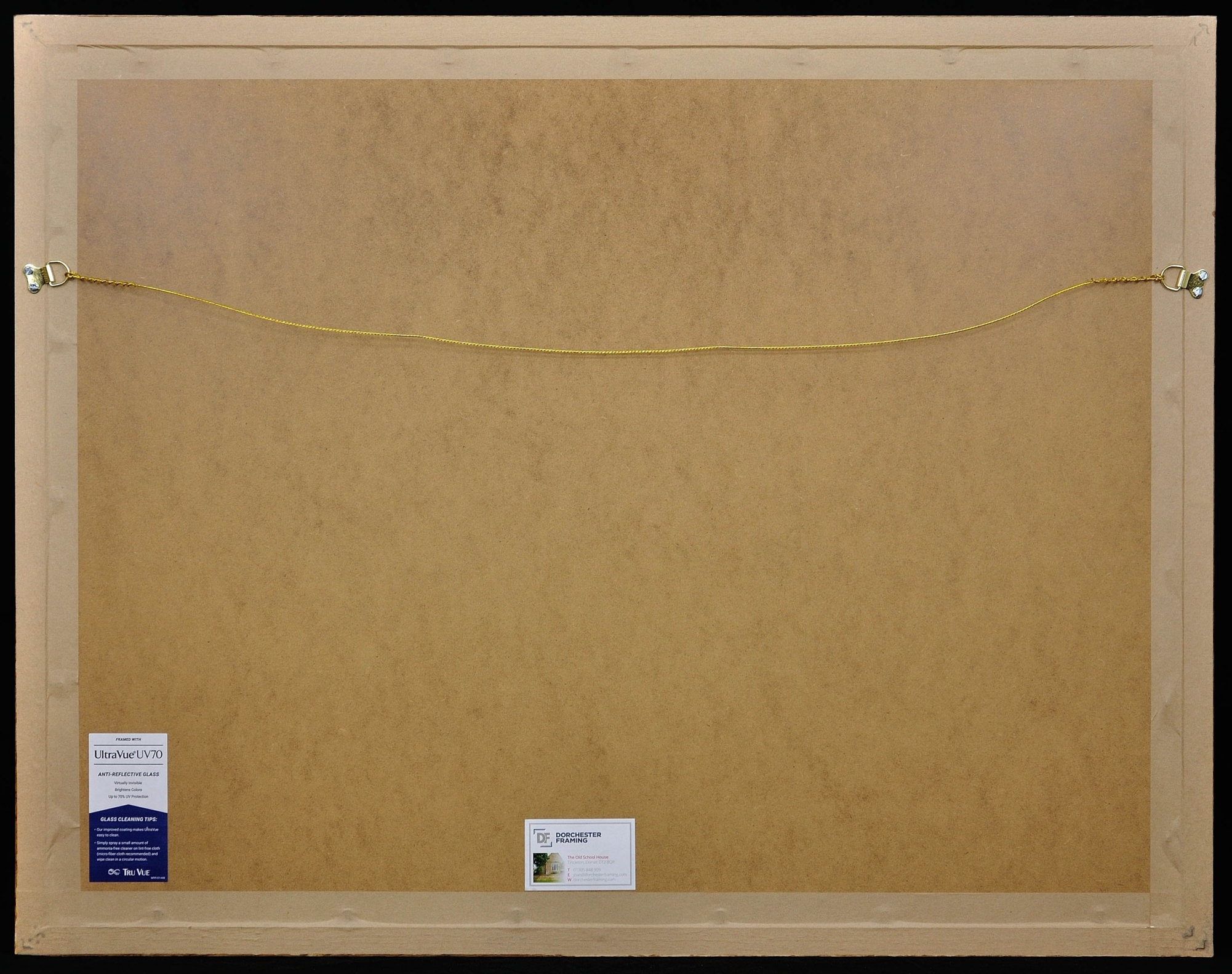 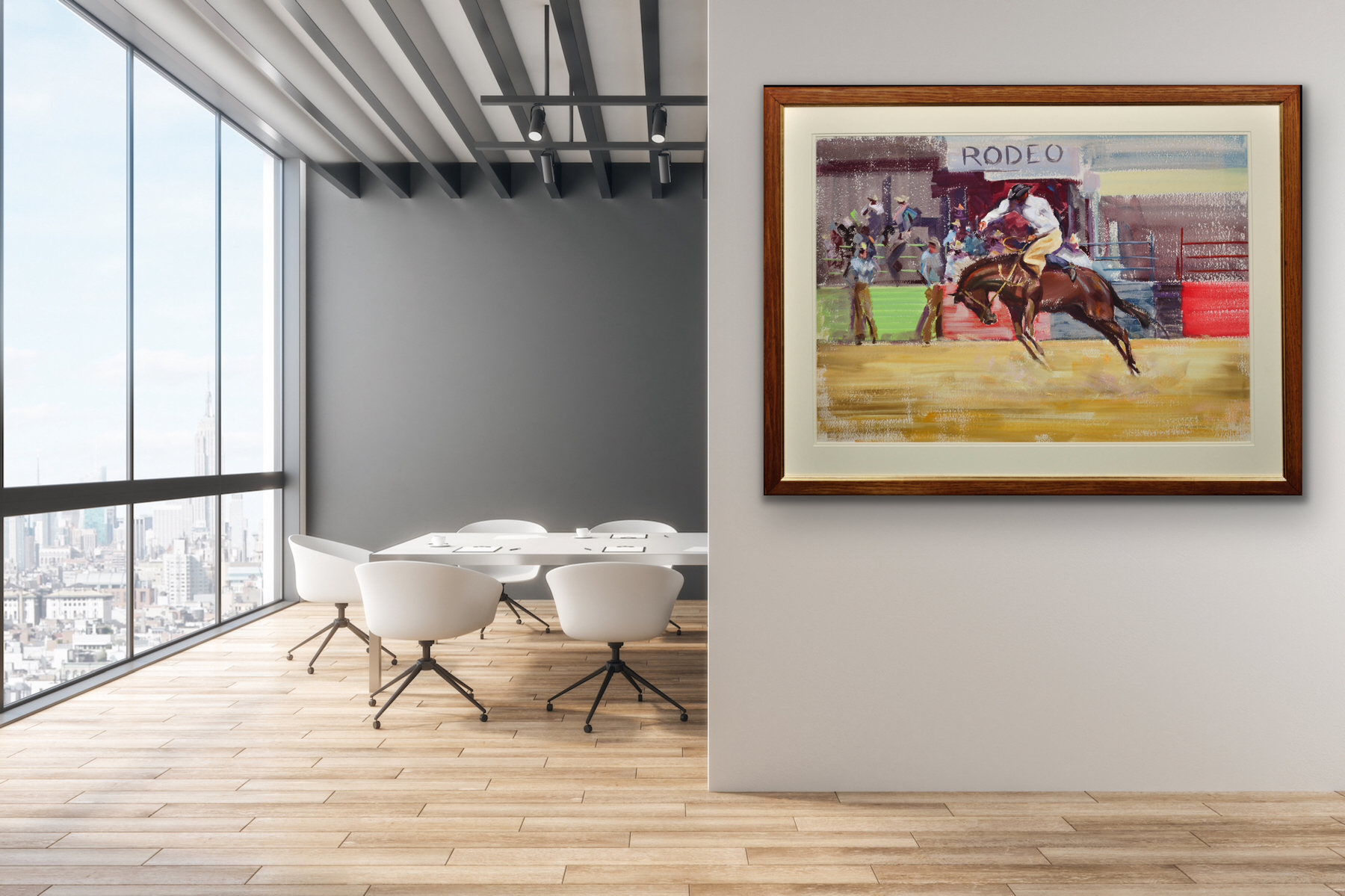 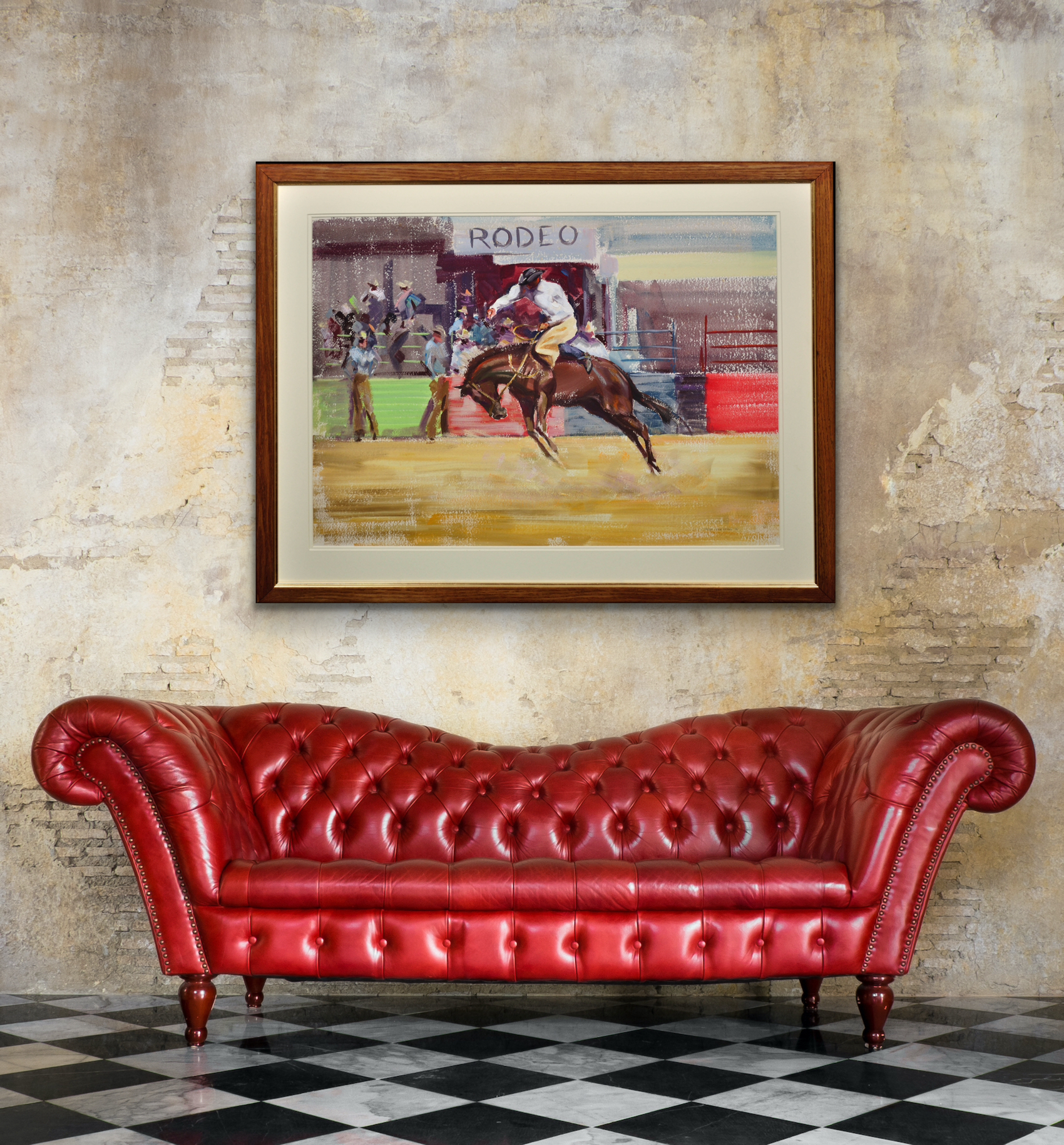 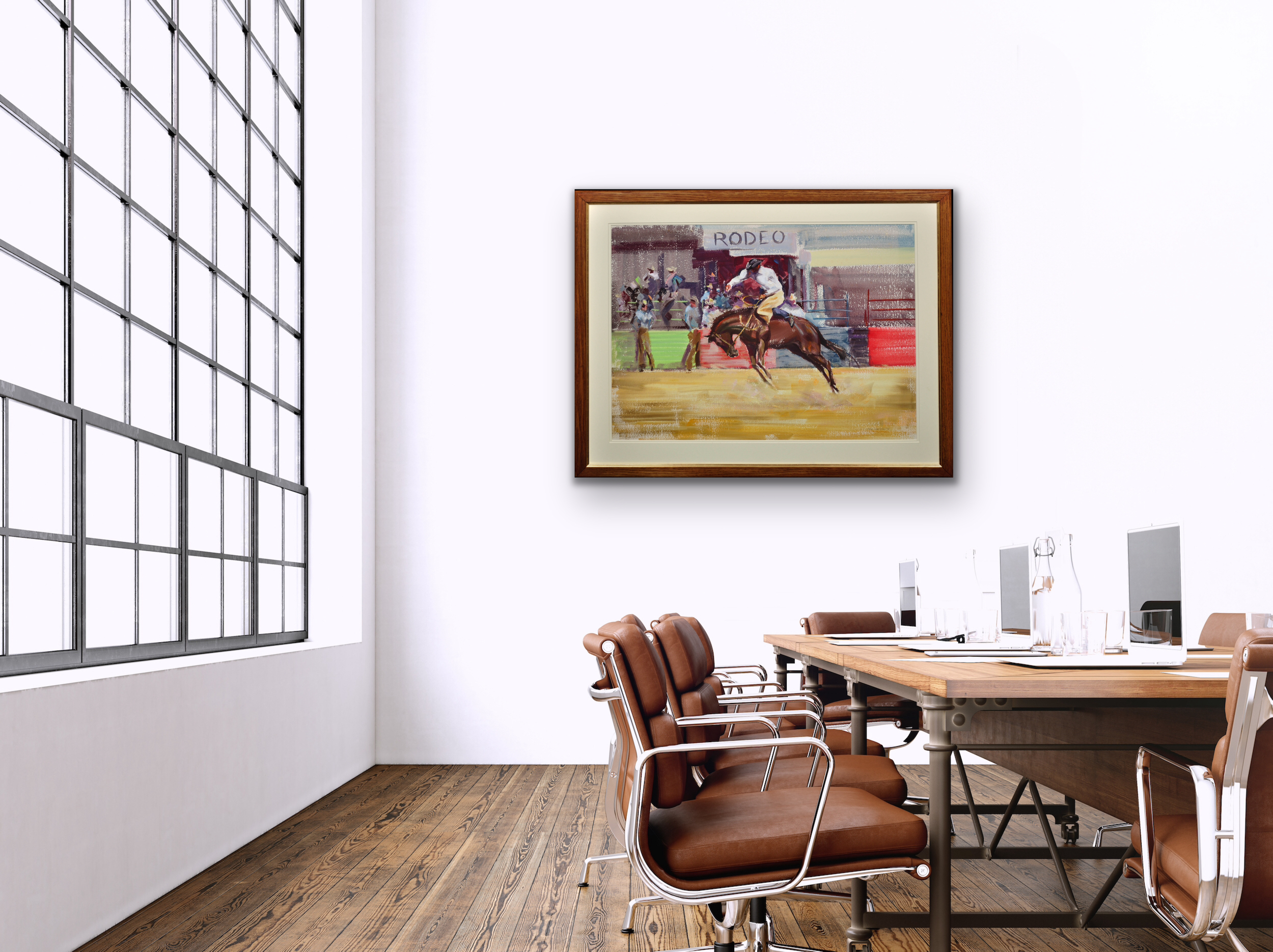 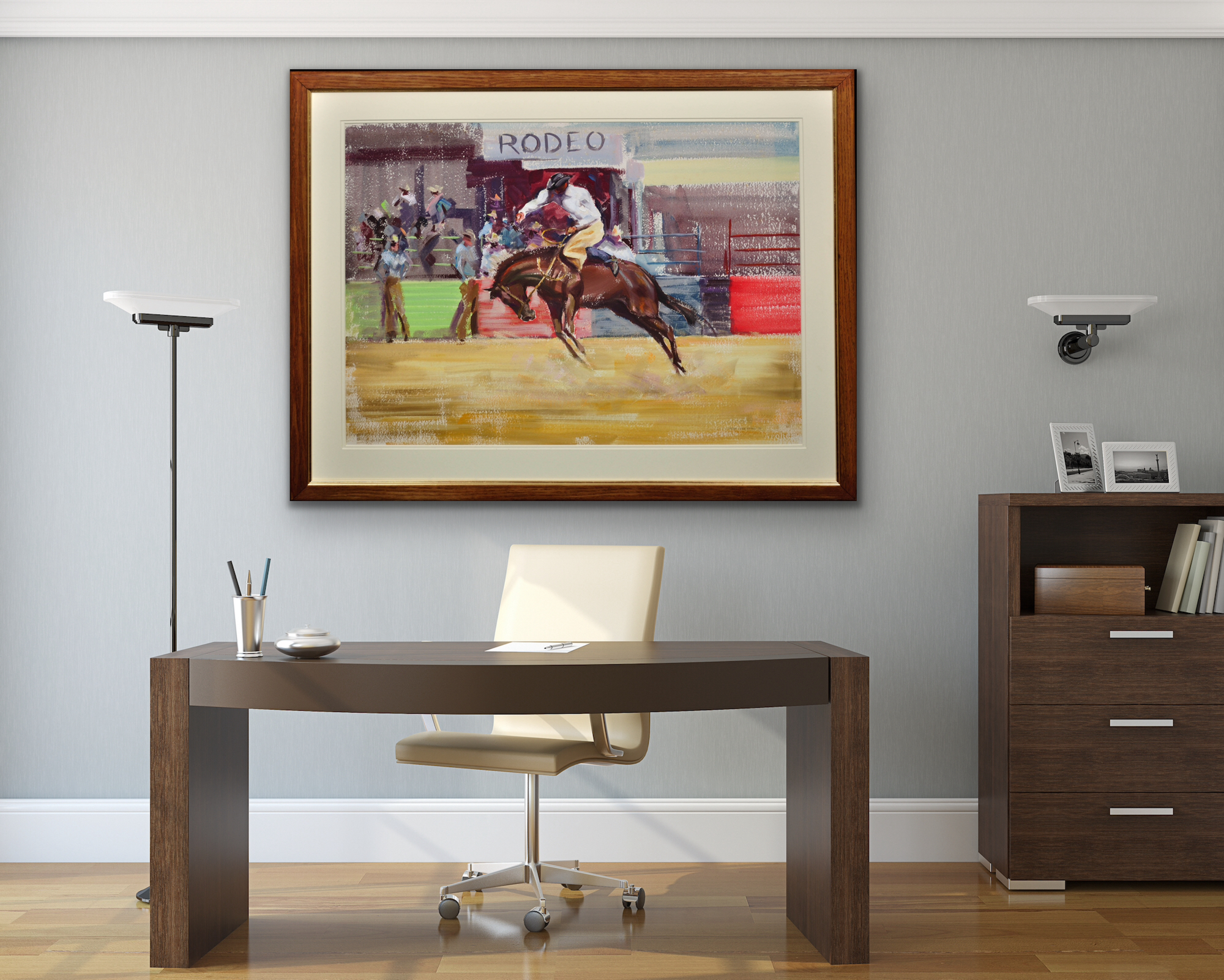 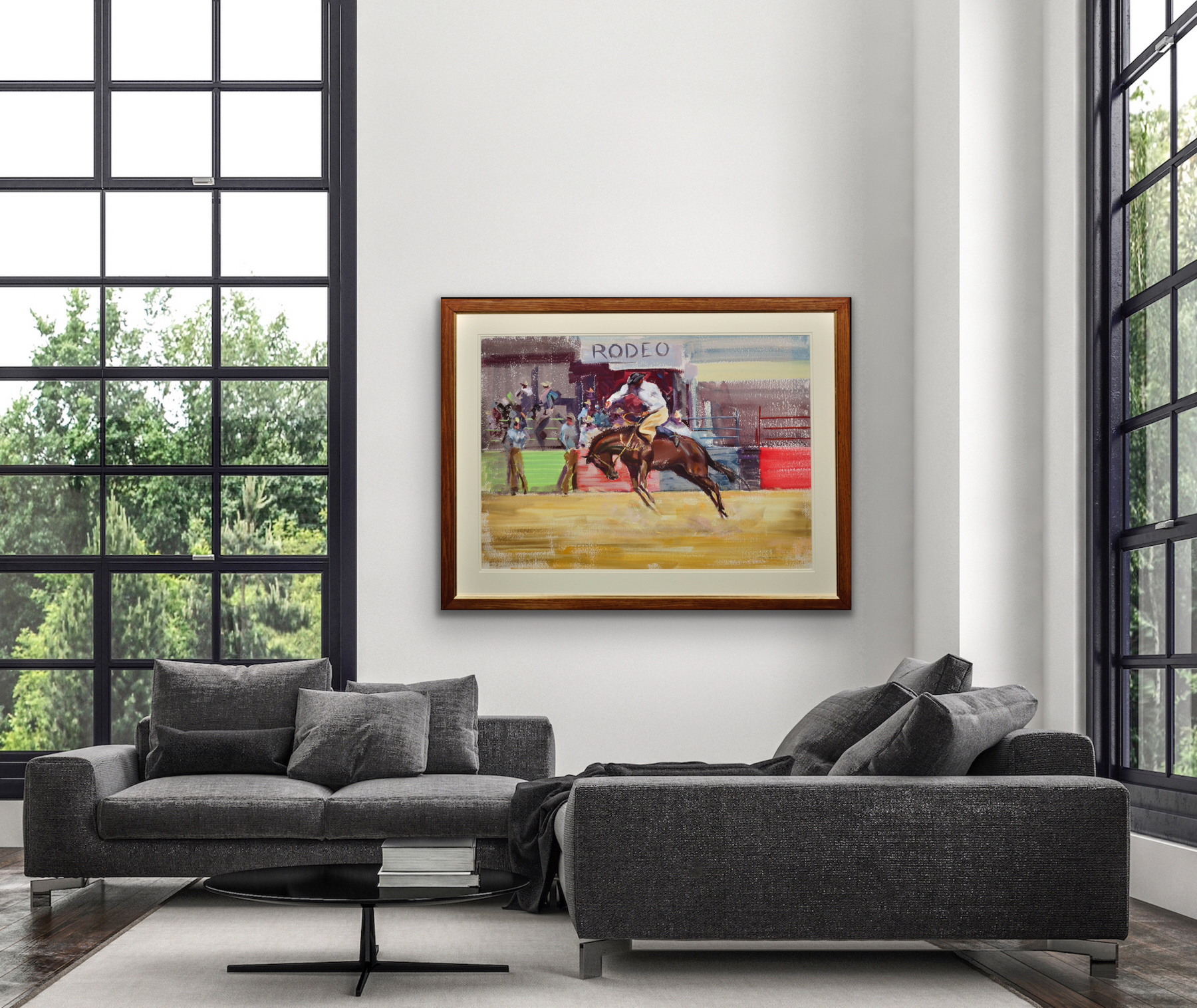 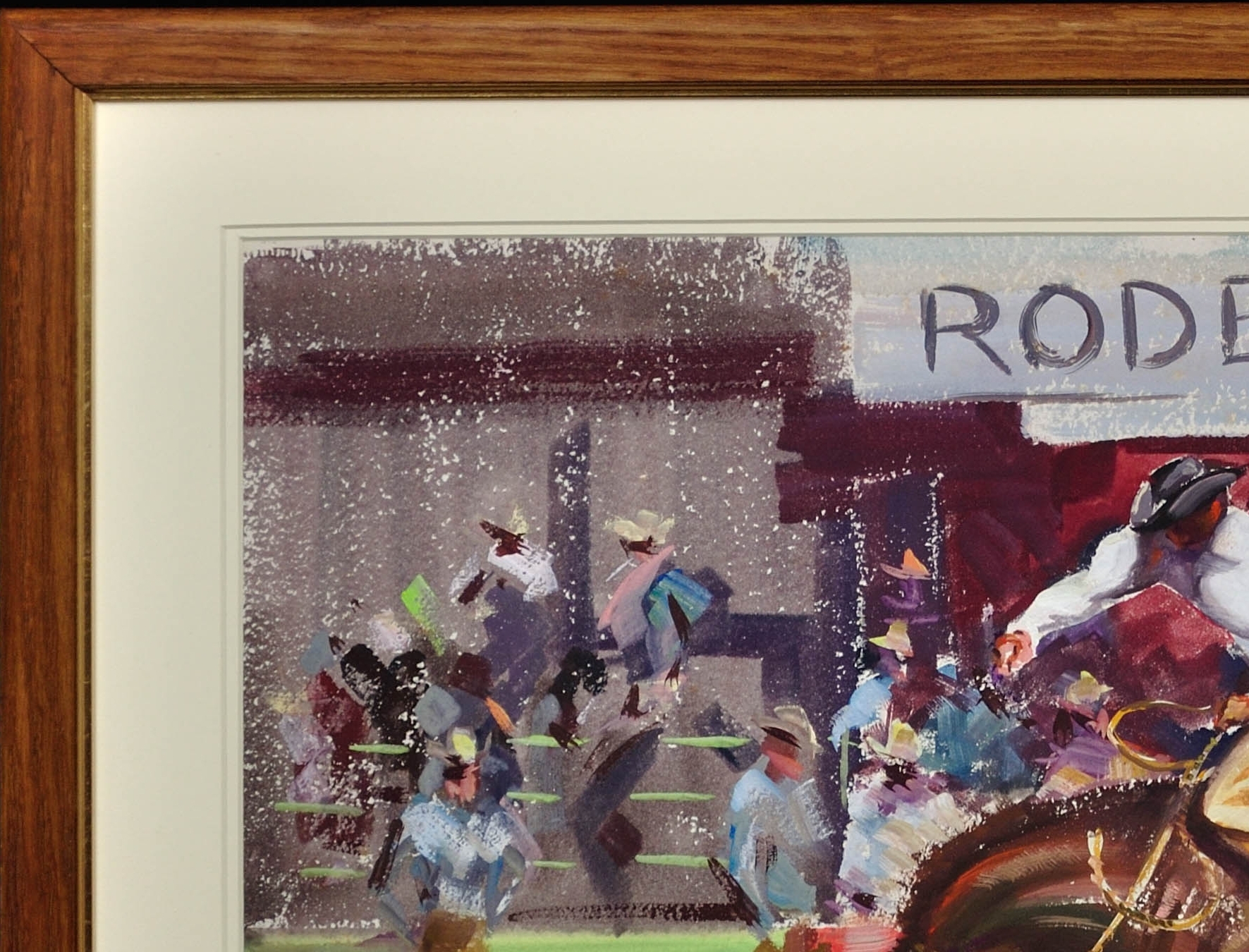 Available for sale from Big Sky Fine Art; this original gouache on Arches paper painting by John Rattenbury Skeaping dated 1966.
The work is presented and supplied in a new contemporary frame (which is shown in these photographs), a new mount, conservation materials and non-reflective Tru Vue UltraVue® UV70 glass.
This vintage painting is in very good condition, commensurate with its age. It wants for nothing and is supplied ready to hang and display.
The painting is signed and dated lower right.

In 1950 he returned to England and became Professor of Sculpture at the Royal College of Art. He remained there until his retirement in 1959 when he moved to the Camargue in France, partly for health reasons. There he studied the wild horses of the Carmargue and lived for twenty years with his third wife.

This original gouache on paper painting depicts a typical American western rodeo scene. Around the edge of the arena are brightly painted fences and above the ring is a large sign, on which is painted “Rodeo”. In the ring there is a bay horse, bucking and trying to dislodge its rider. The rider is hanging on and seems to know what he is doing! He is wearing a long-sleeved white shirt, a black Stetson and cowboy boots and cream riding trousers. In the background are the vague figures of several other cowboys, watching the entertainment. There is a great energy in this piece, and it is a spirited record of social history. 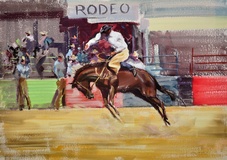