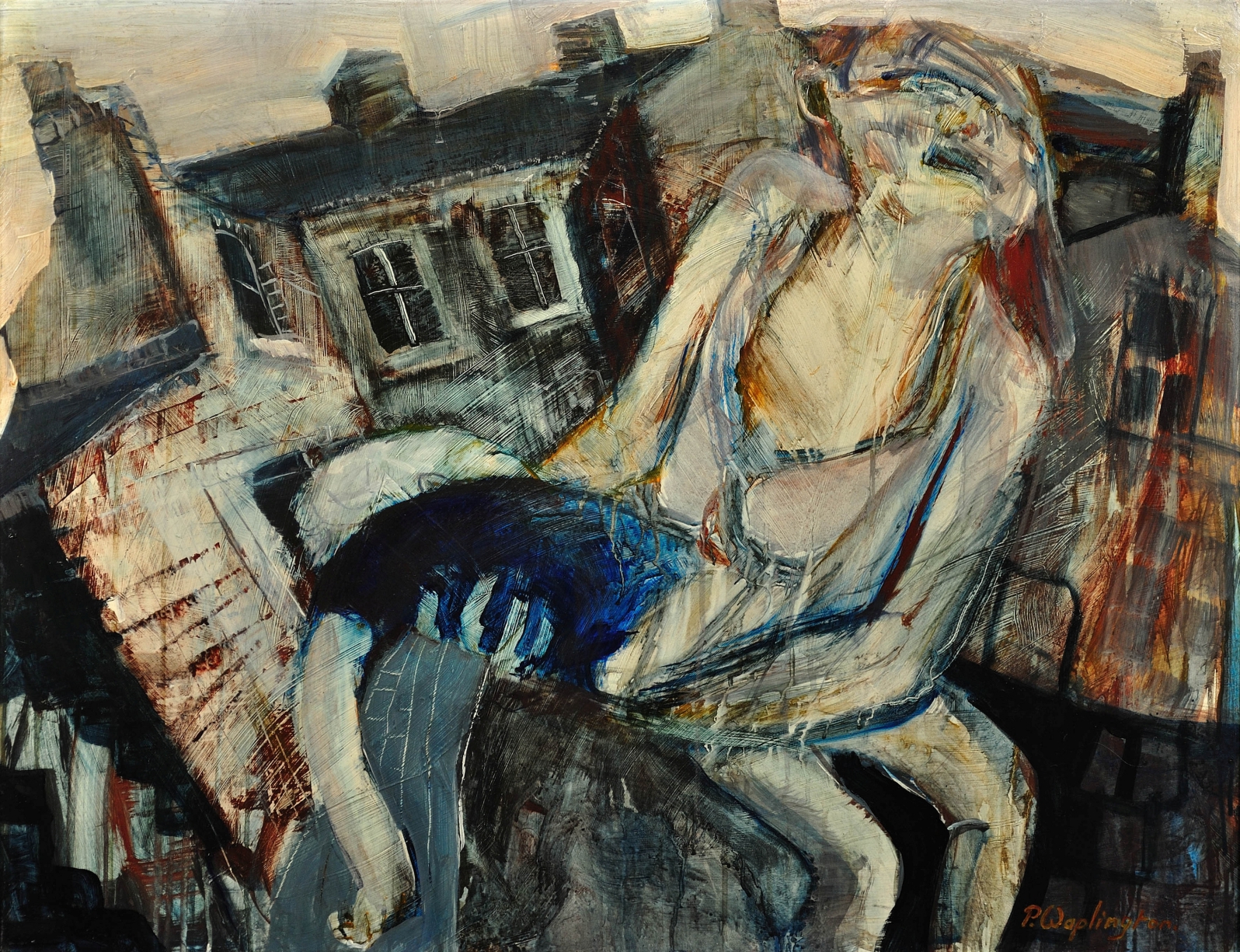 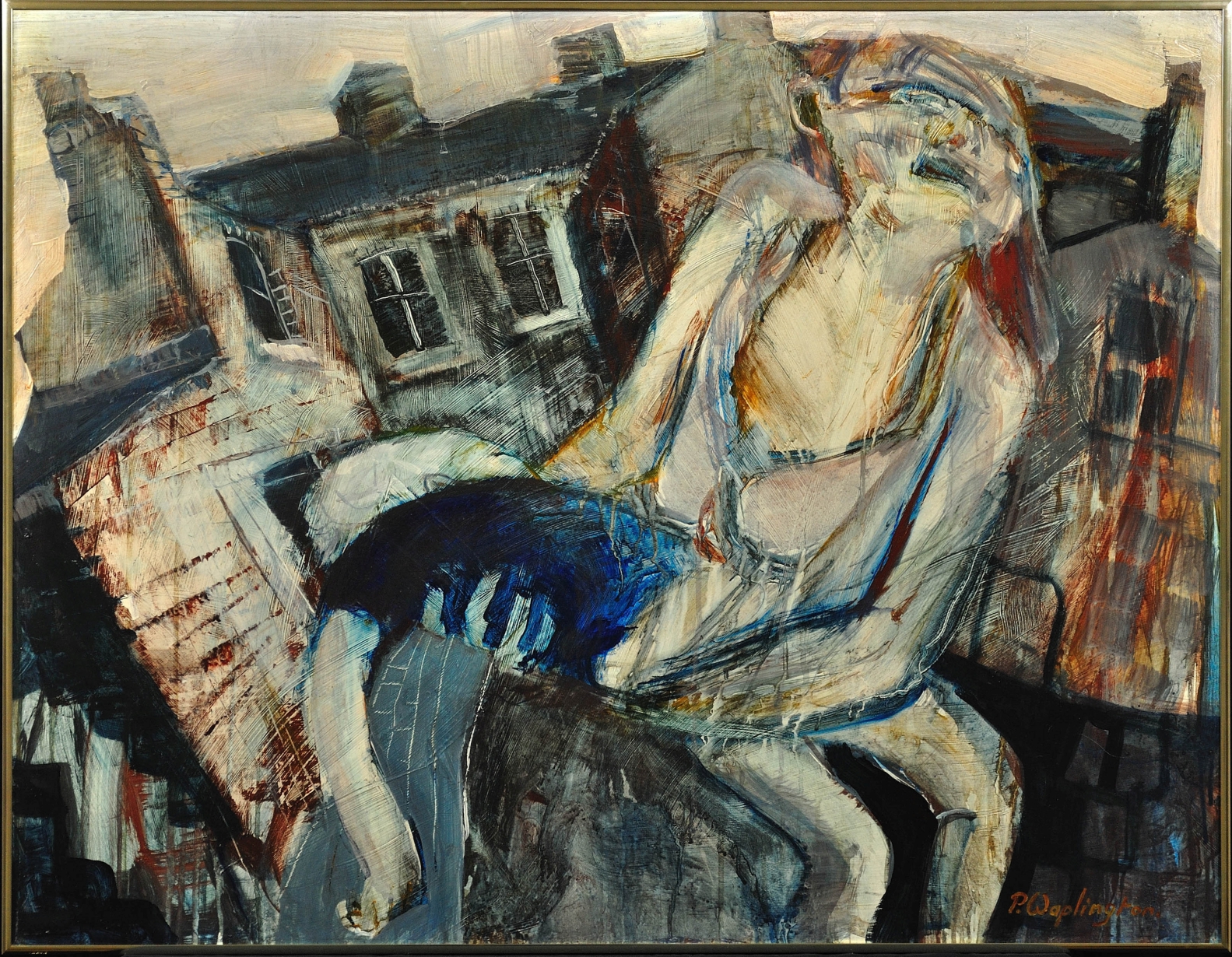 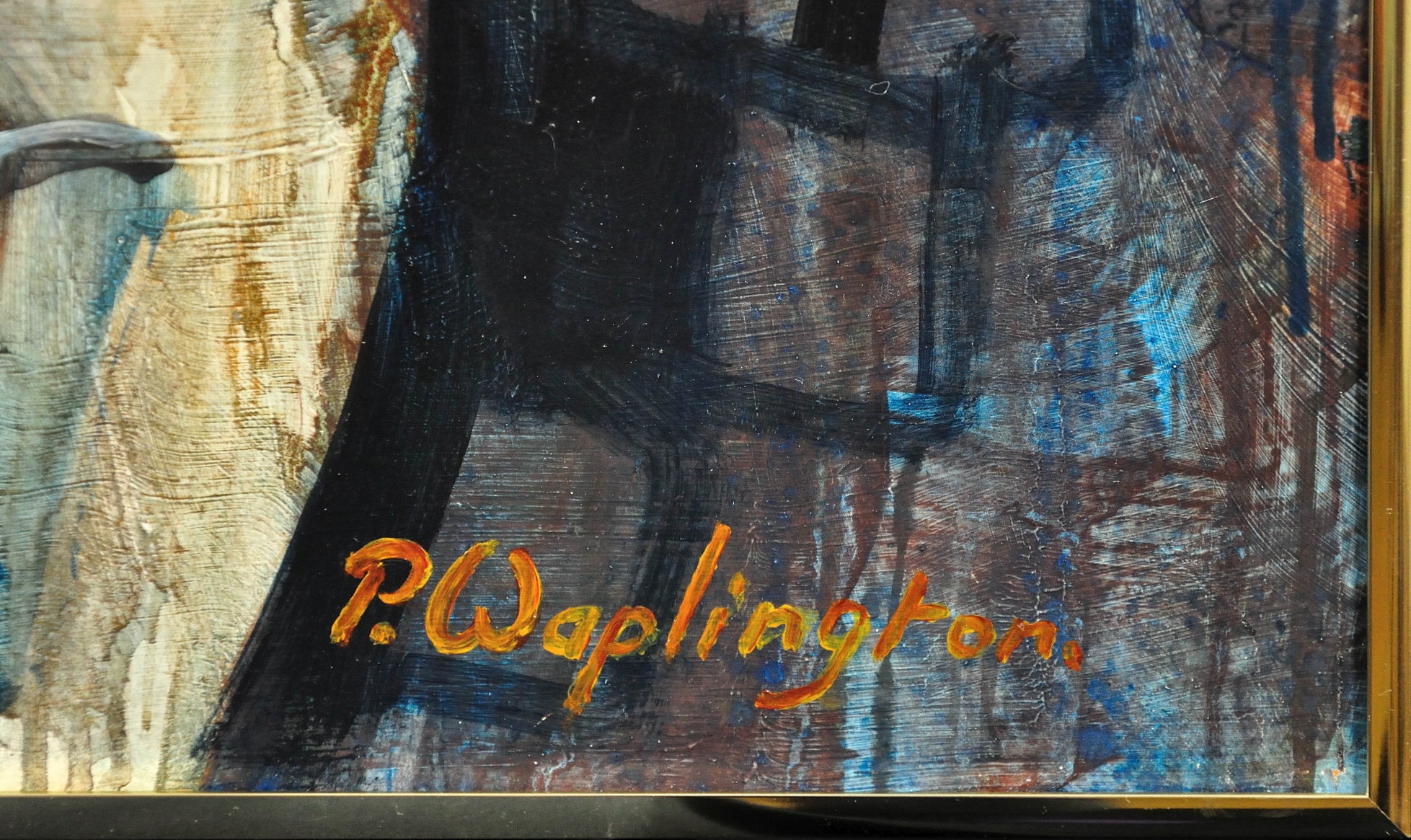 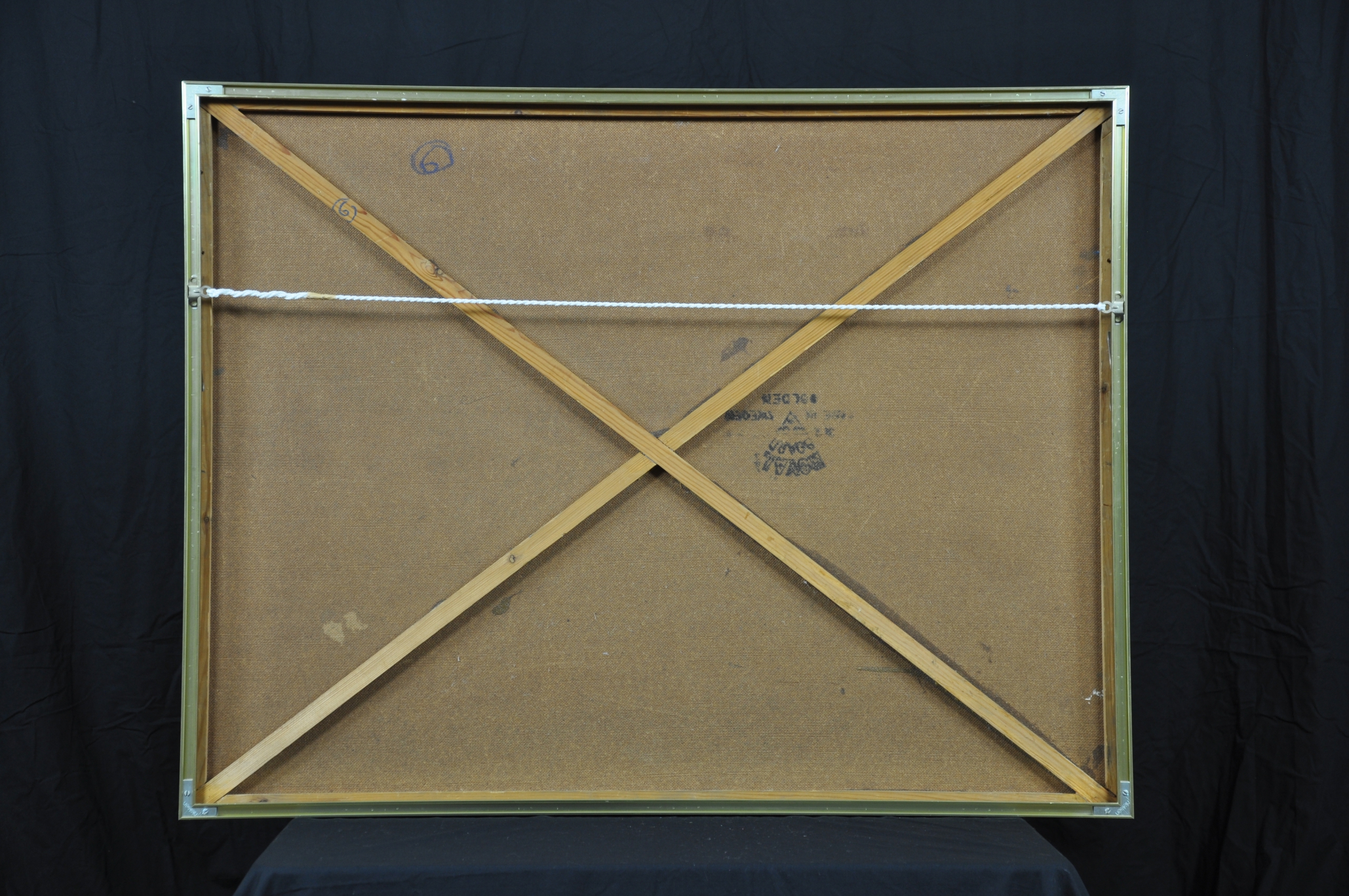 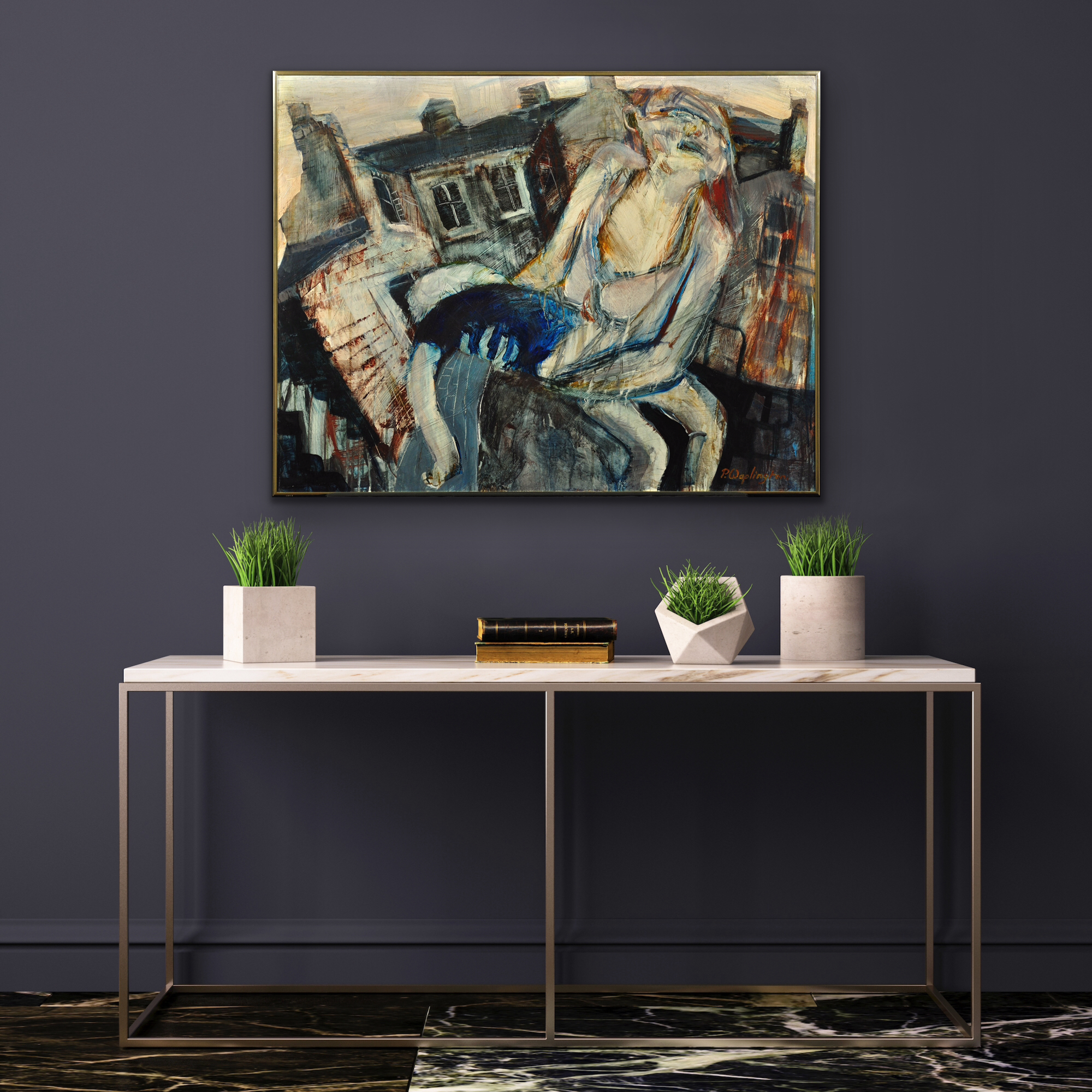 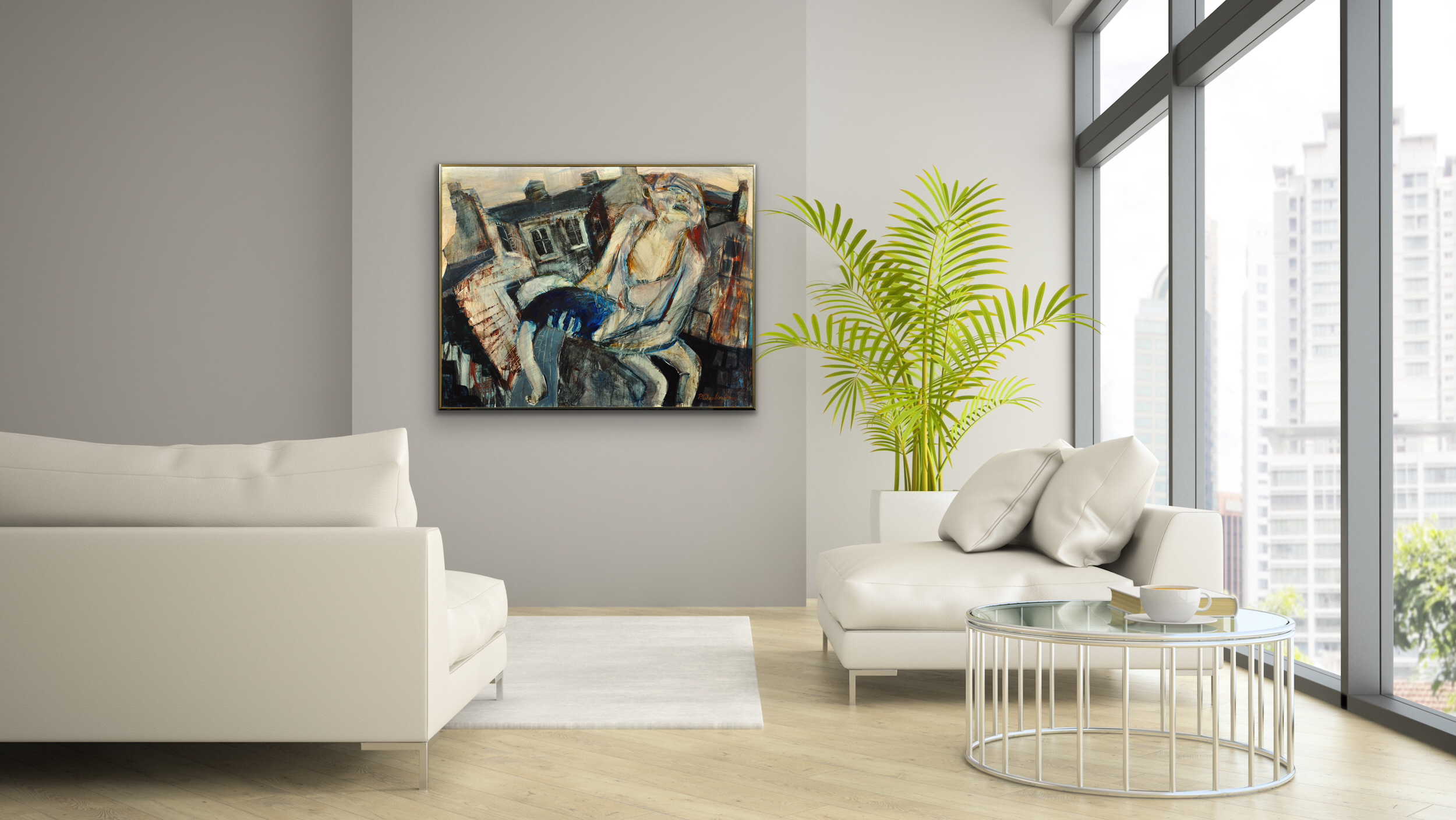 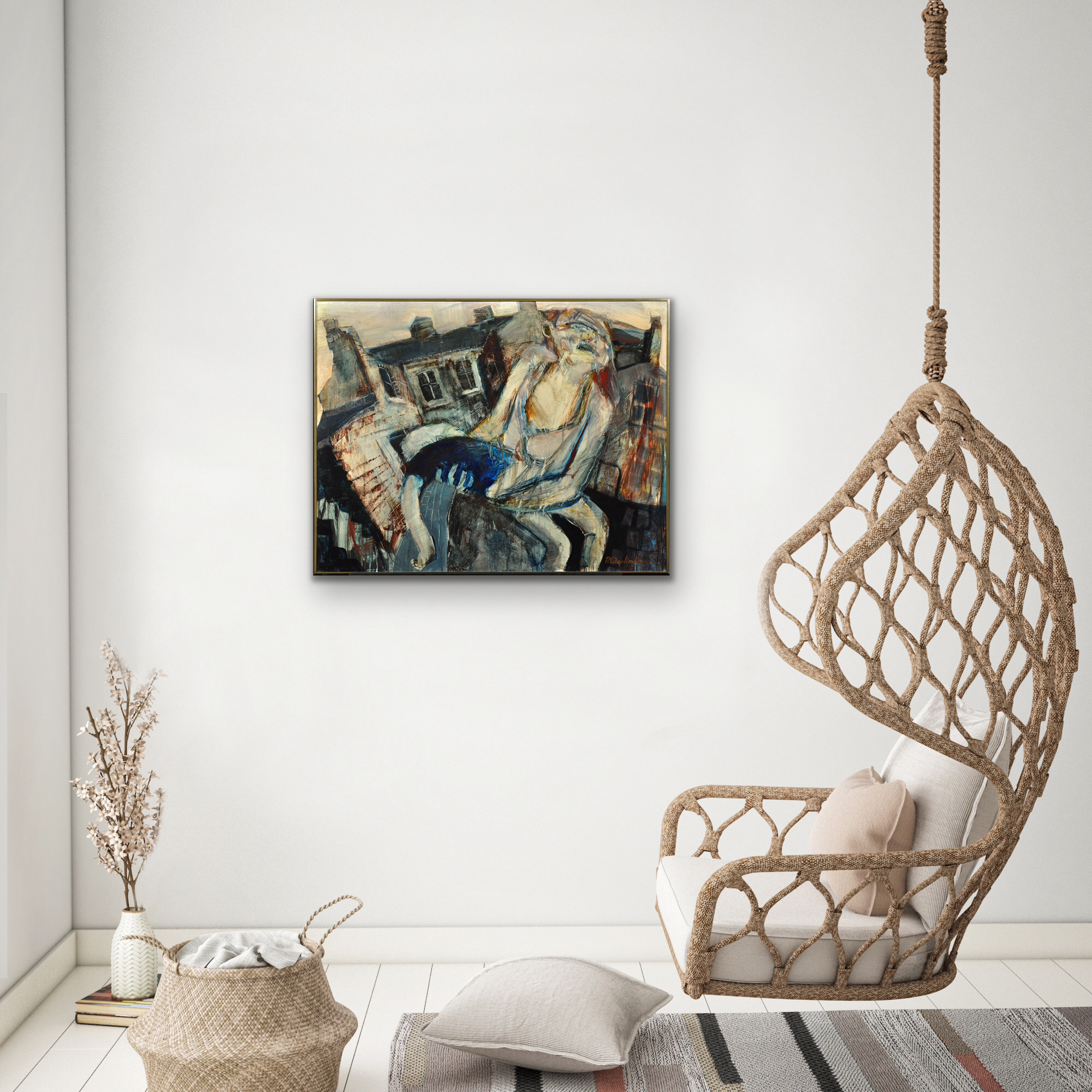 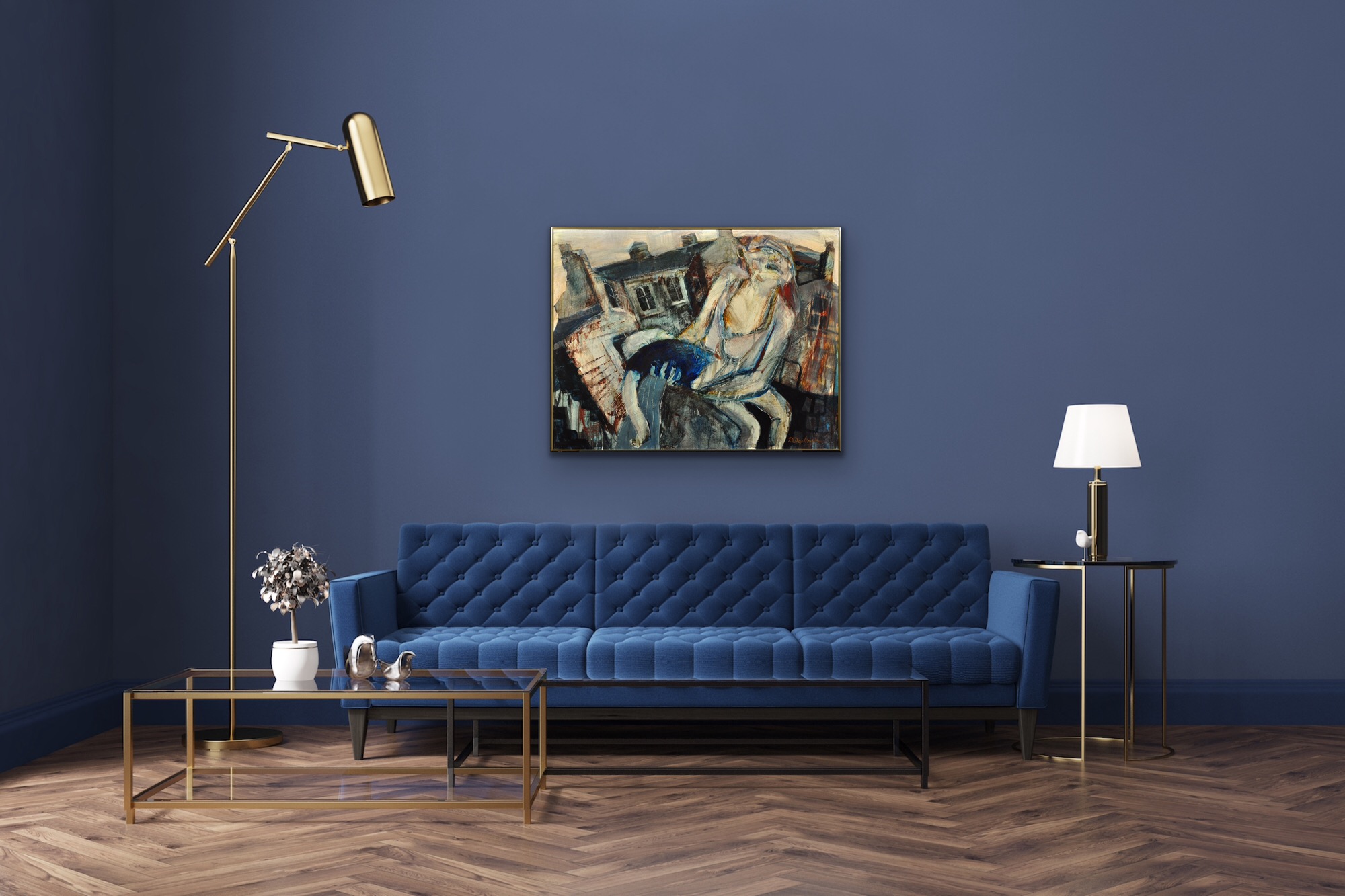 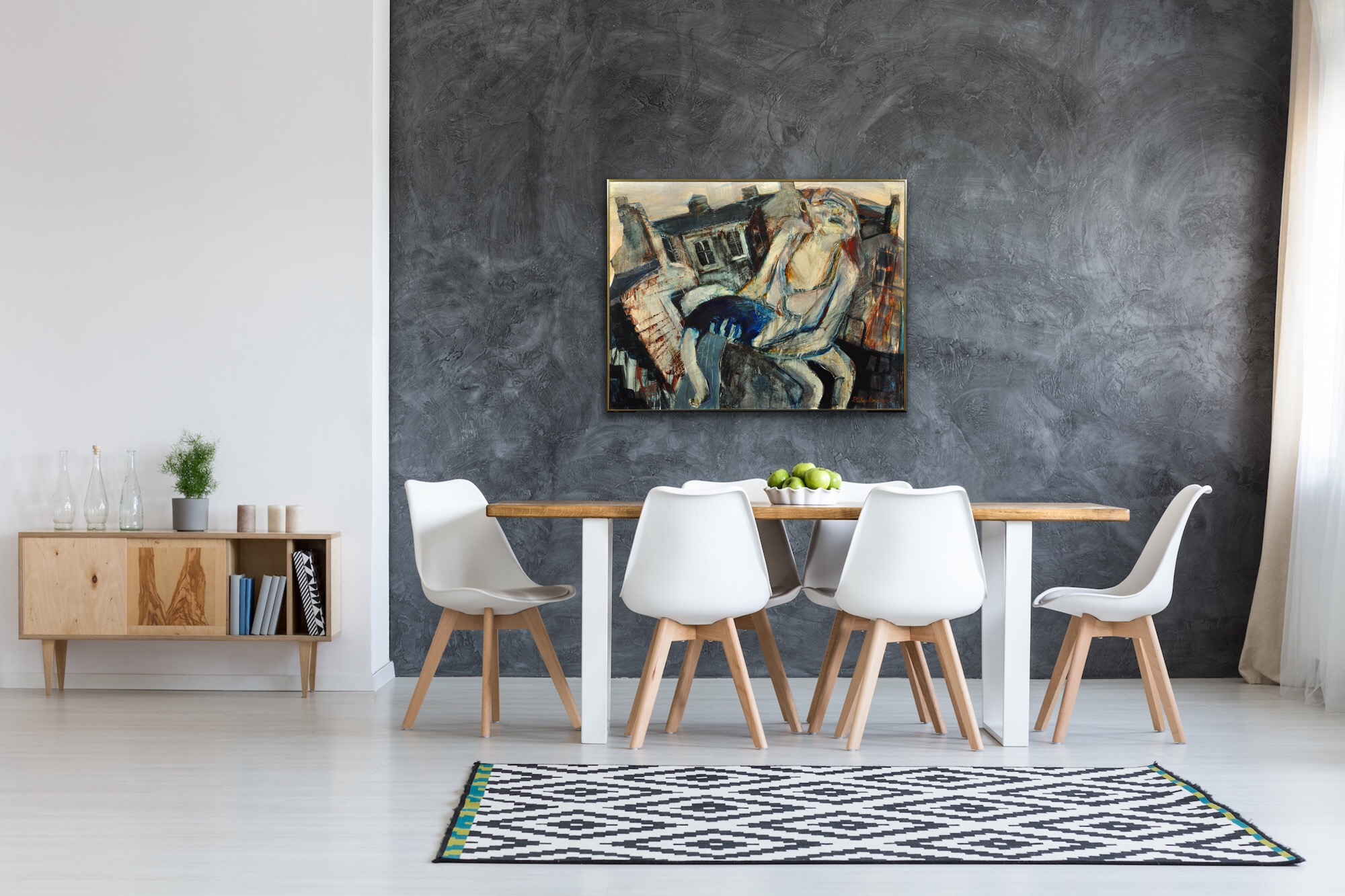 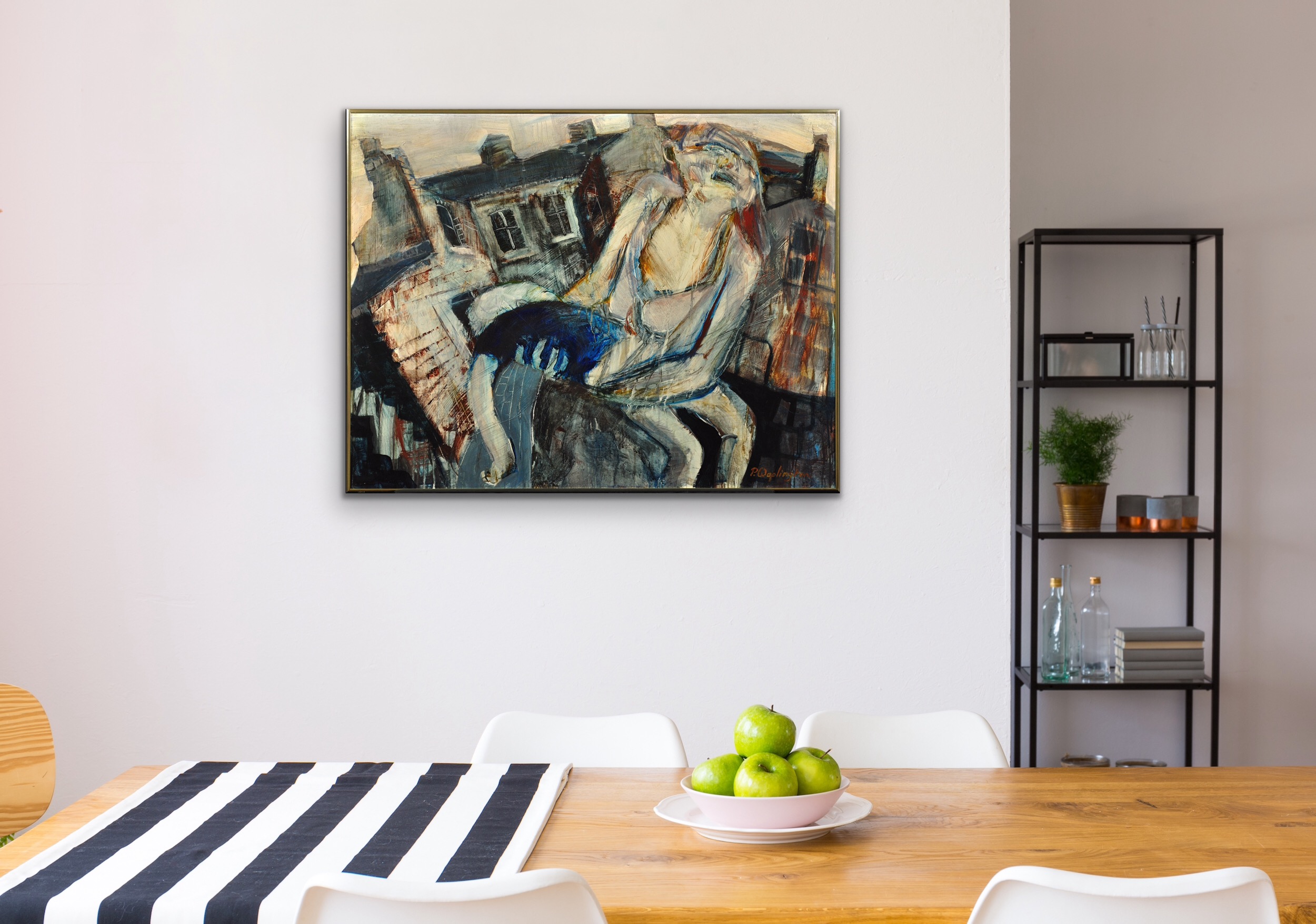 Available for sale from Big Sky Fine Art; this original painting by Paul Waplington dating from the late 1960s.
The painting is presented and supplied in its original anodized light metal frame (which is shown in these photographs). The painted surfaces and the board have benefitted from cleaning and conservation, which took place in 2016 on our instructions.
This vintage painting is now in very good condition, commensurate with its age. It wants for nothing and is supplied ready to hang and display.
The painting is signed lower right.

In 1988, the lace business in Nottingham had all but collapsed and Paul, who was still designing for the trade in Italy and Spain, moved to northern Portugal. There, he bought and restored a ruined small -holding, learnt Portuguese, married Fatima and settled down. Then he gradually started to draw and paint again, this time not terraced streets but fields and the farmers who lived and worked on them. His former beautiful sense of rhythm came back as he expressed his admiration for peasant architecture, and a sense of goodwill towards the people who eked out a tough existence in the granite hills. Although his Portuguese work is in the rich Mediterranean hues of the countryside, his art still celebrates the ordinary man and is an unblinkered, heartfelt response to a hard but rich way of life that is rapidly being lost. Paul still lives in Portugal, near to Covas, with his wife, Fatima.

This original mixed media work was painted by the artist in1968. He has directly described to us how he had just finished a day’s work in the factory and was walking home on Harcourt Street, Forest Fields, Nottingham. His wife ran towards him, with their young son Martin limp in her arms. The young lad had been playing with other children in the street and had been struck with a stick. Martin been knocked unconscious and his mother had been fetched. She now ran with the child to fetch help, frantic with panic. The artist was so struck with the emotion of the moment that he later felt compelled to capture the scene.
In the background are the red brick terraced houses of the cityscape, with their sash windows and squat chimneys. 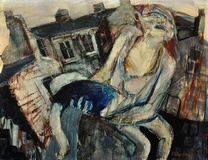