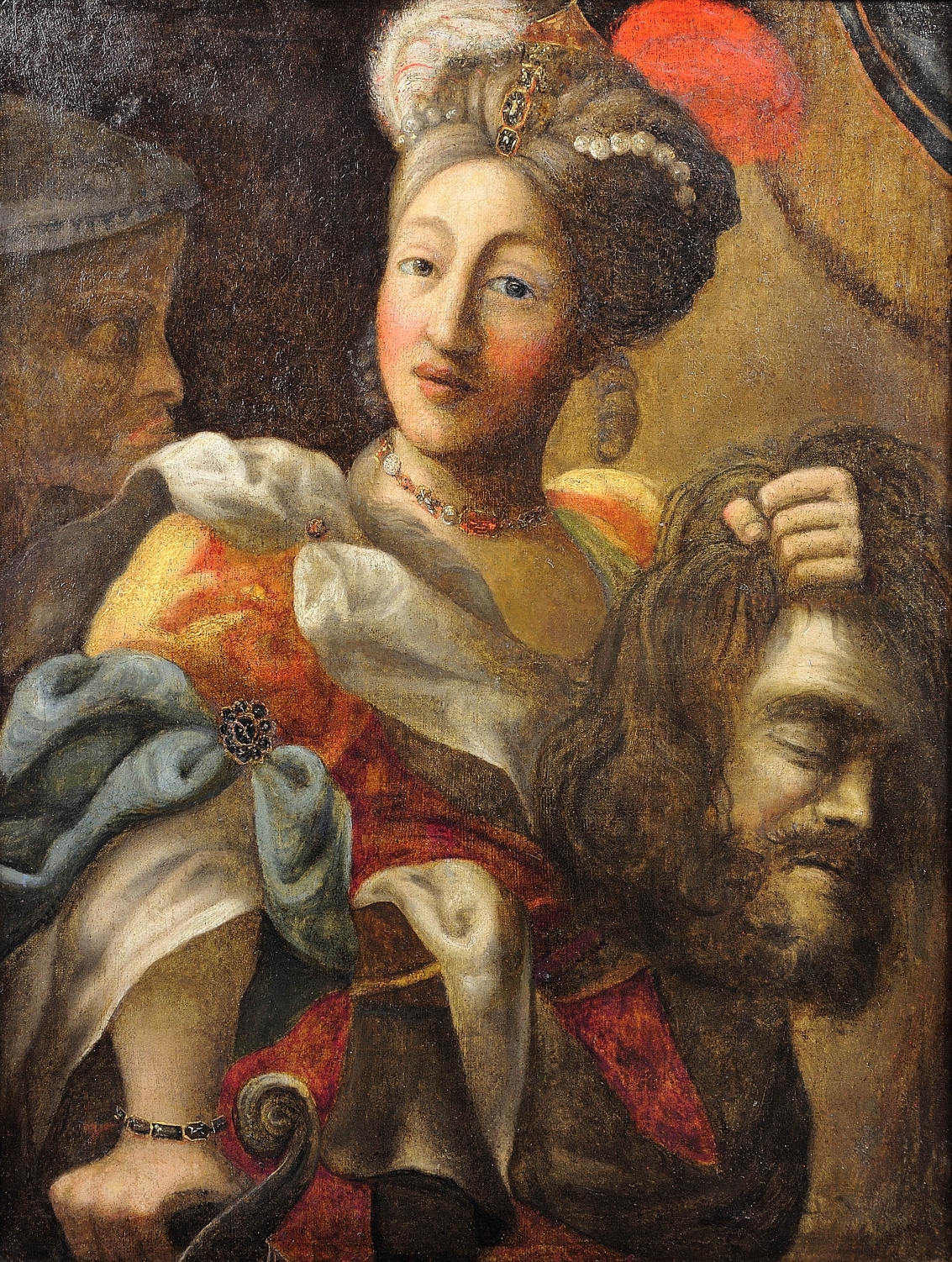 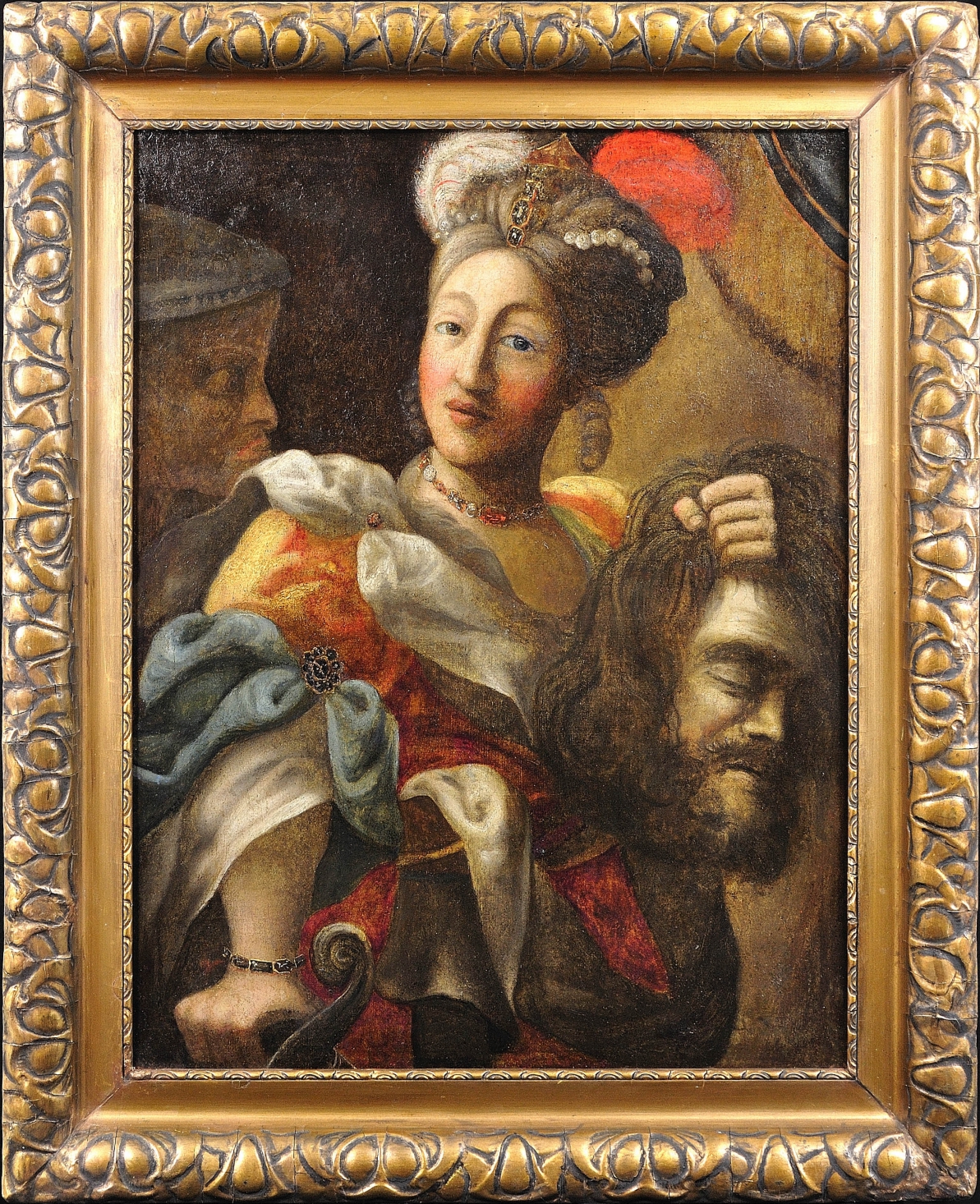 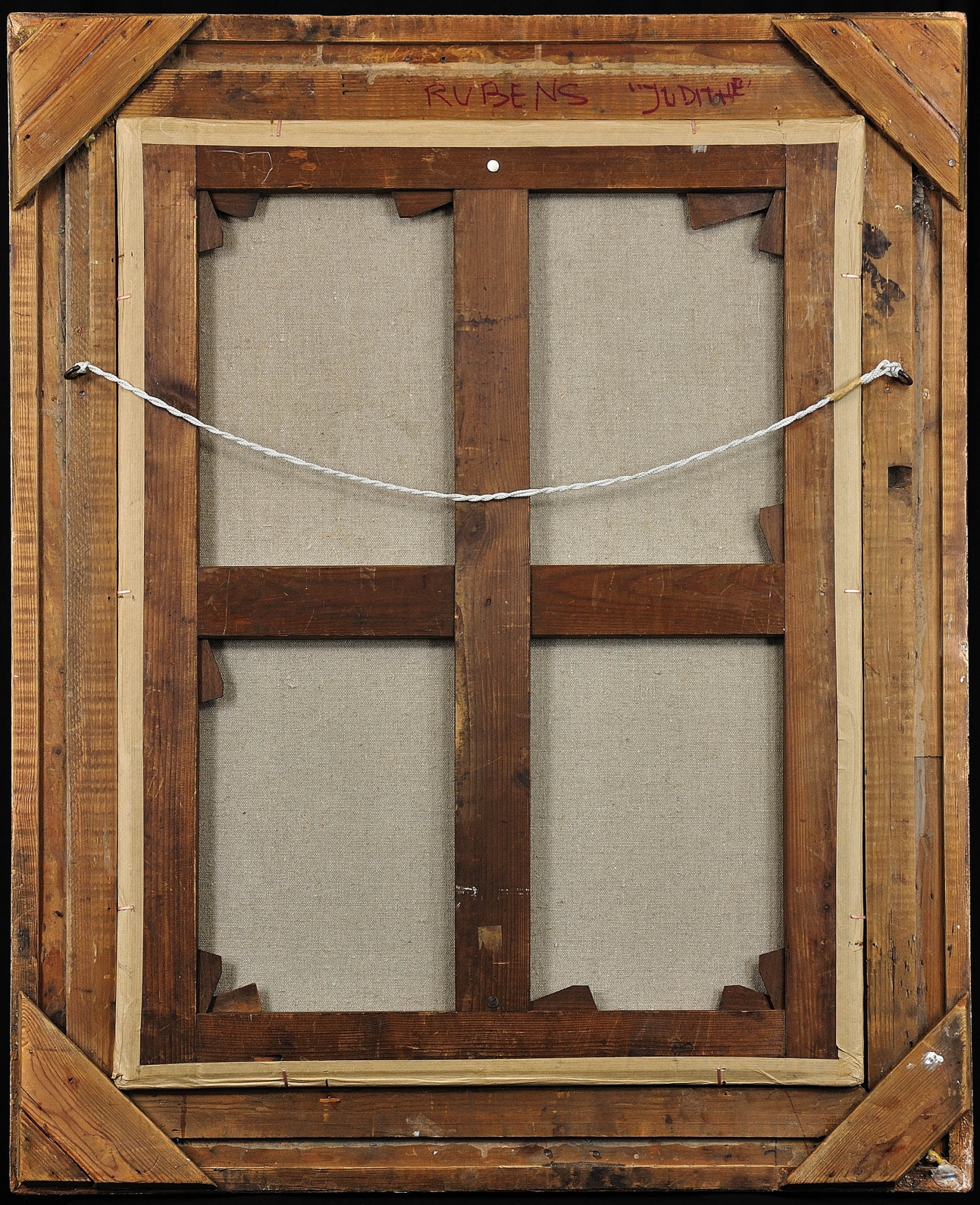 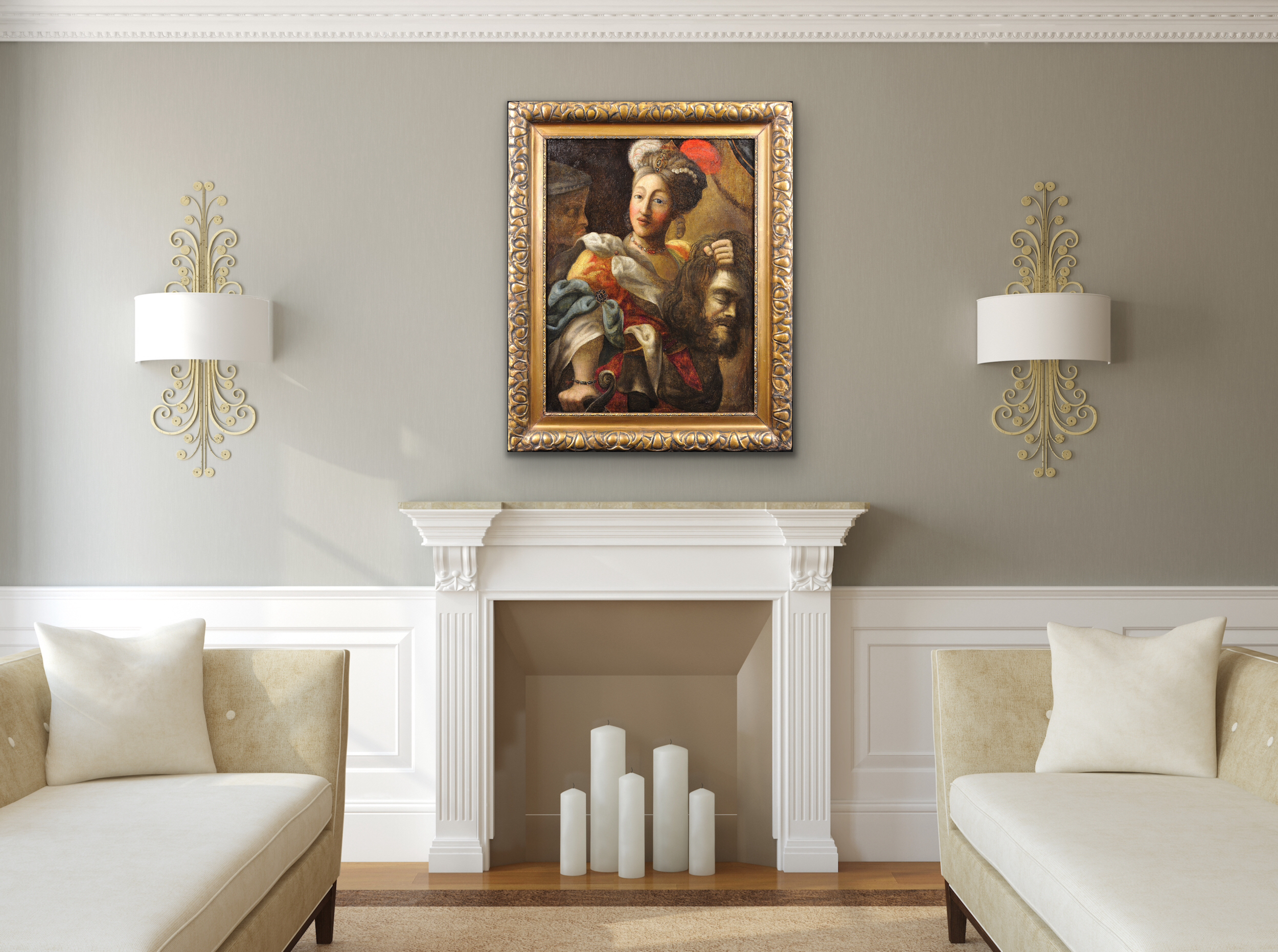 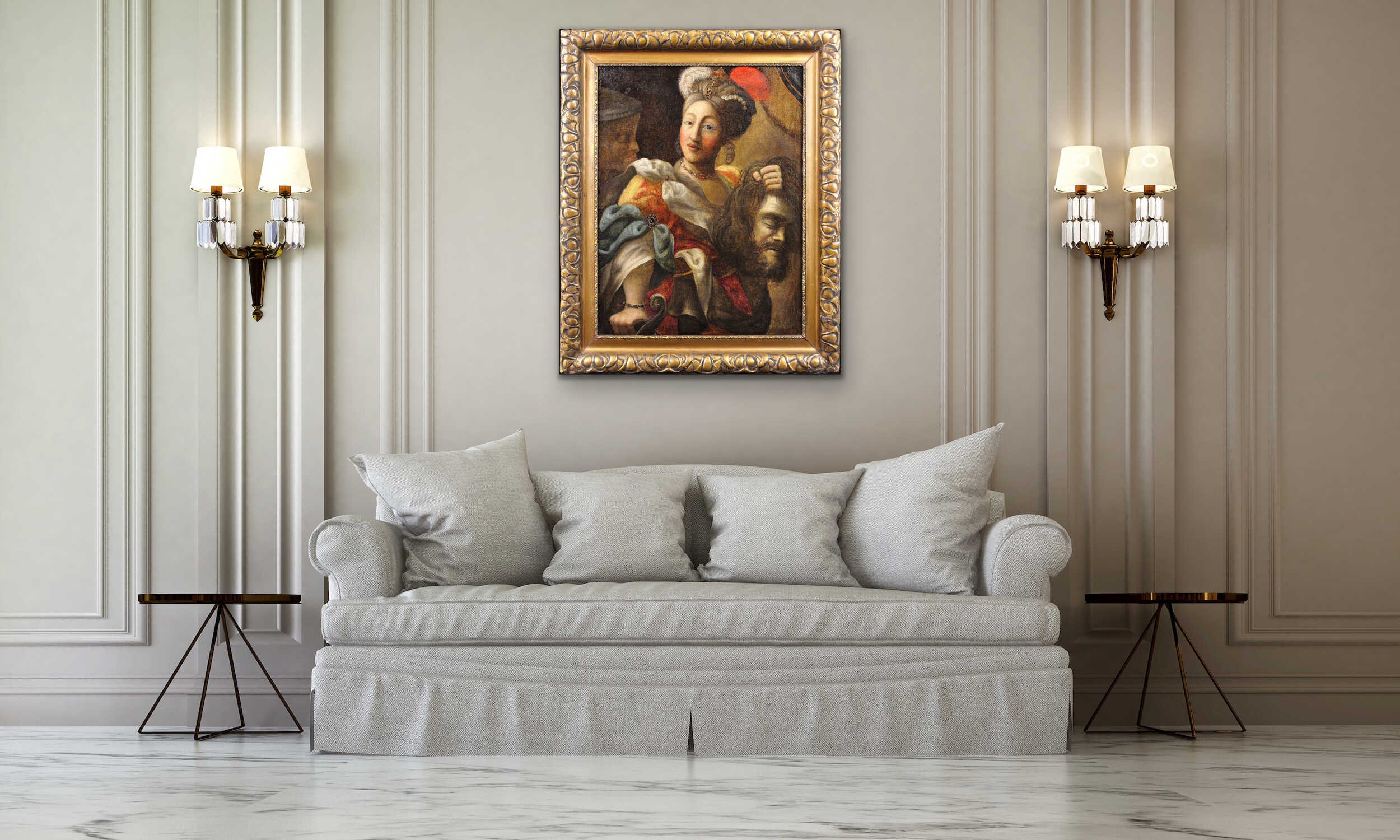 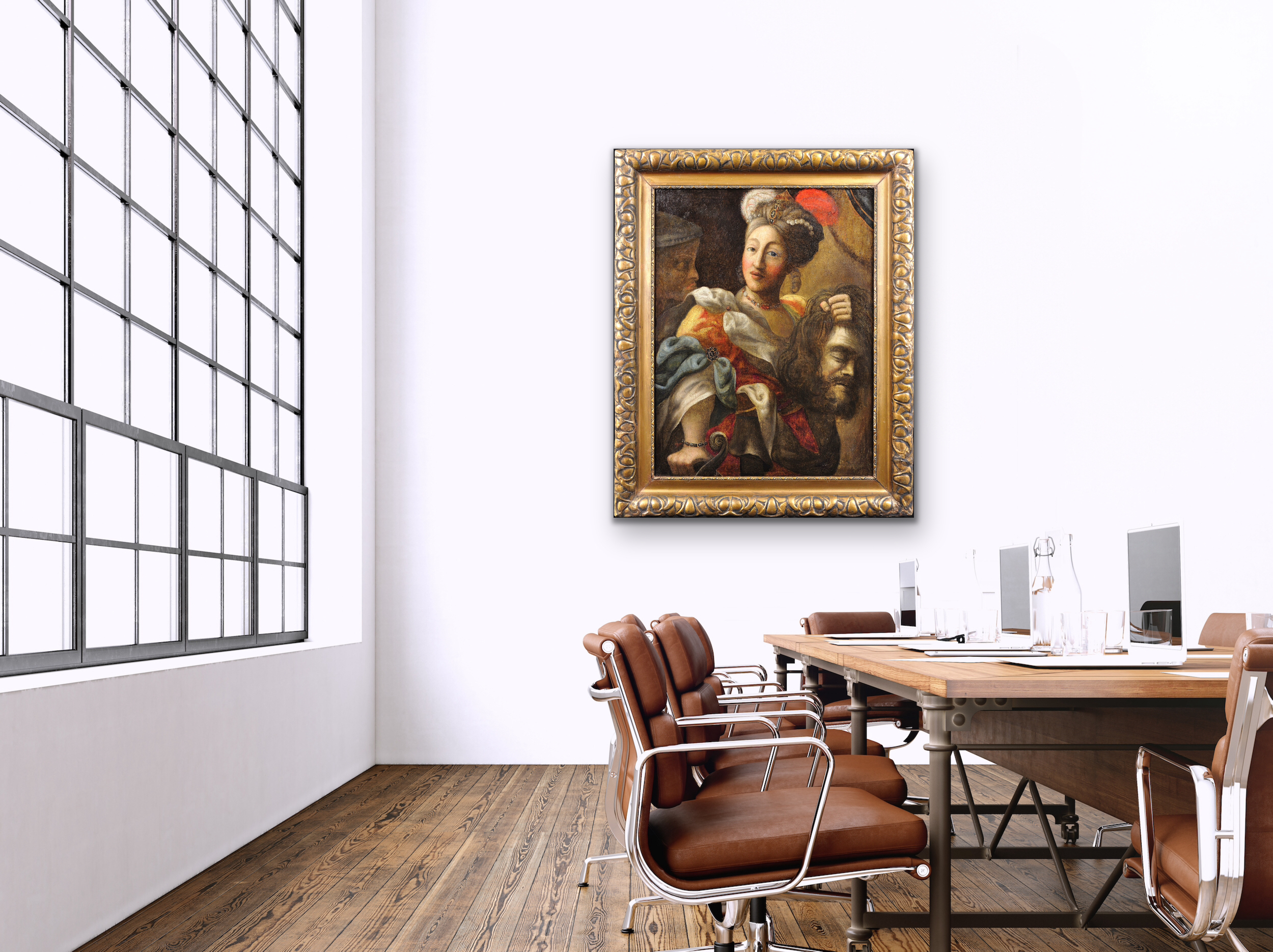 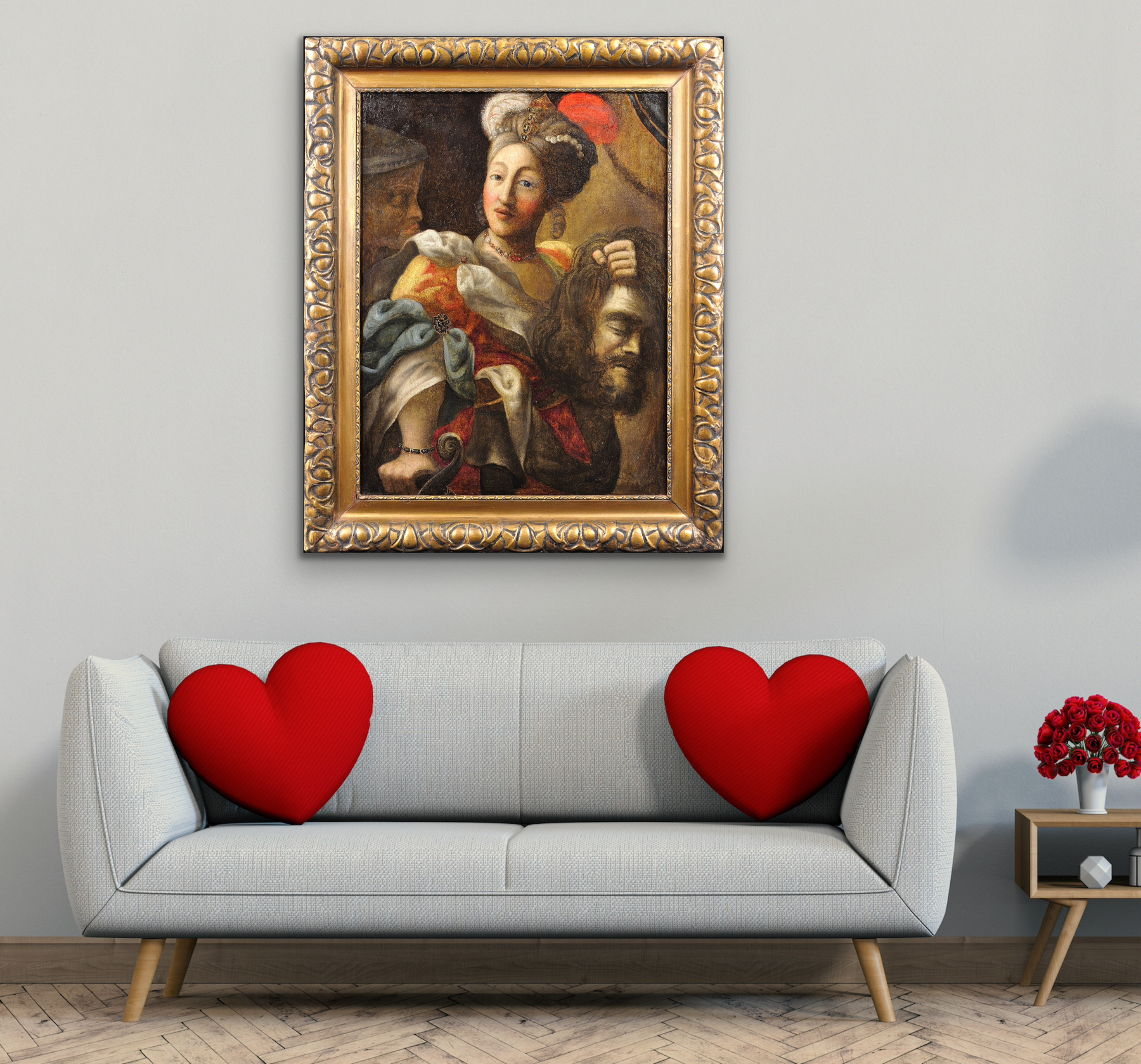 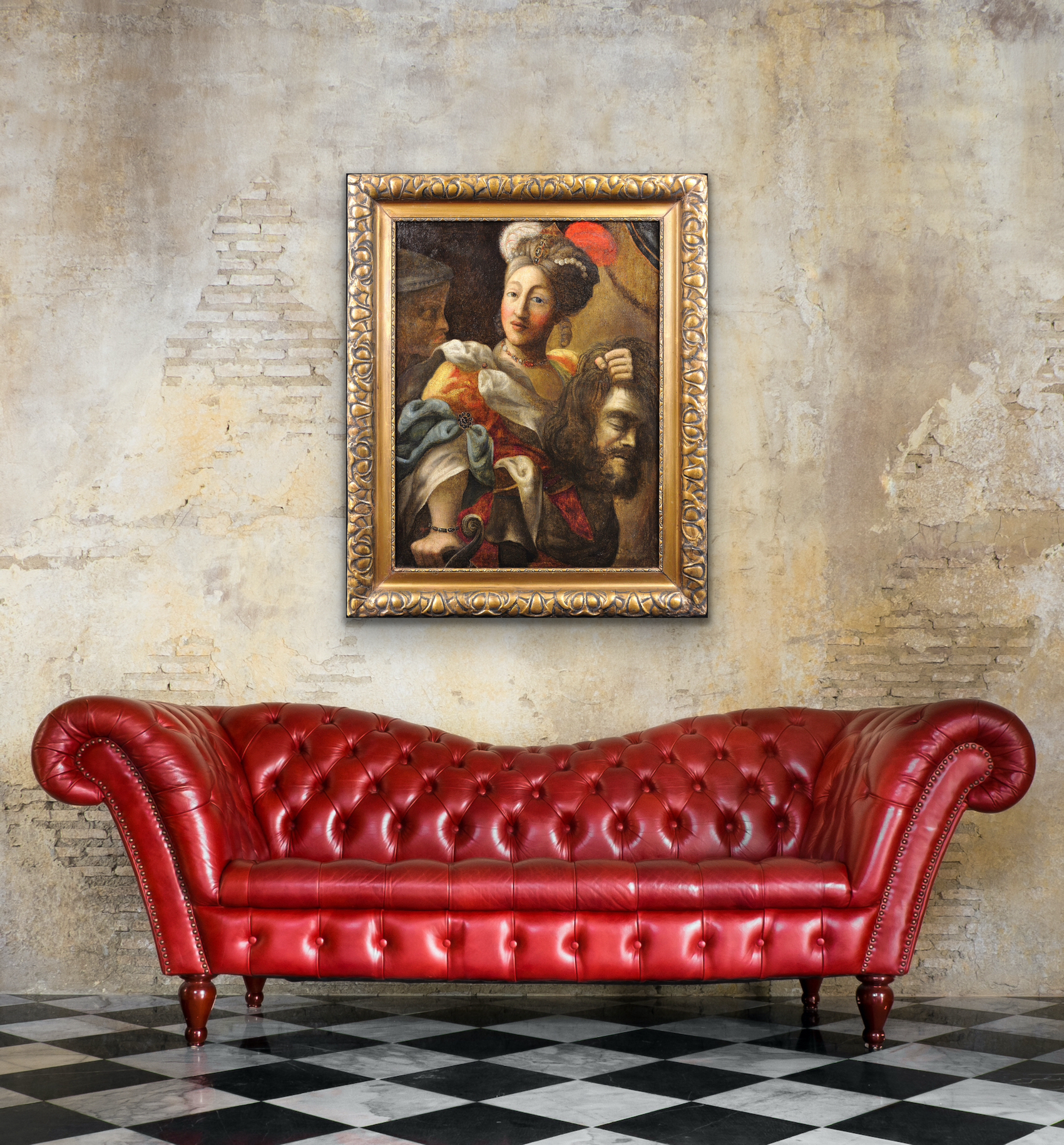 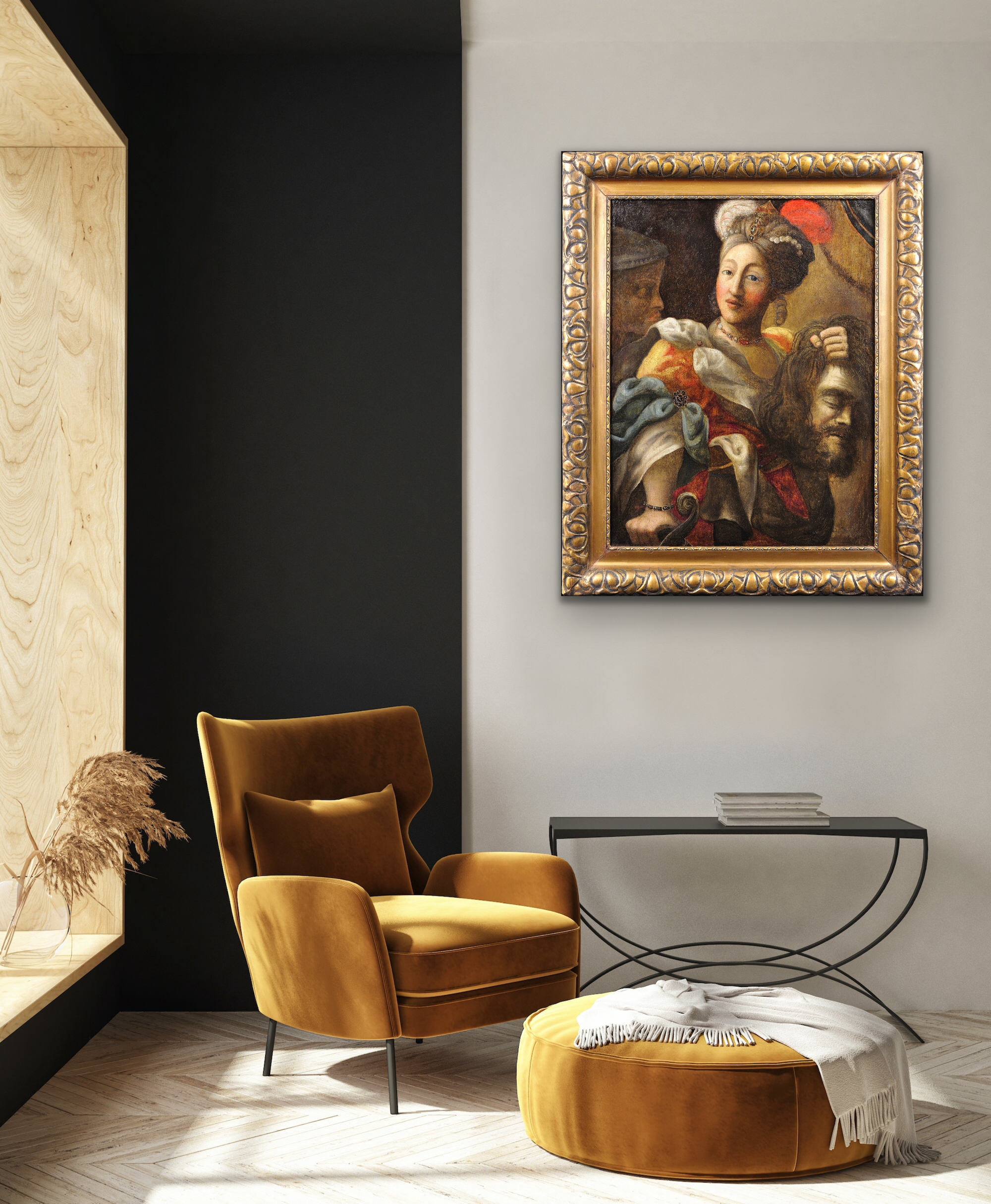 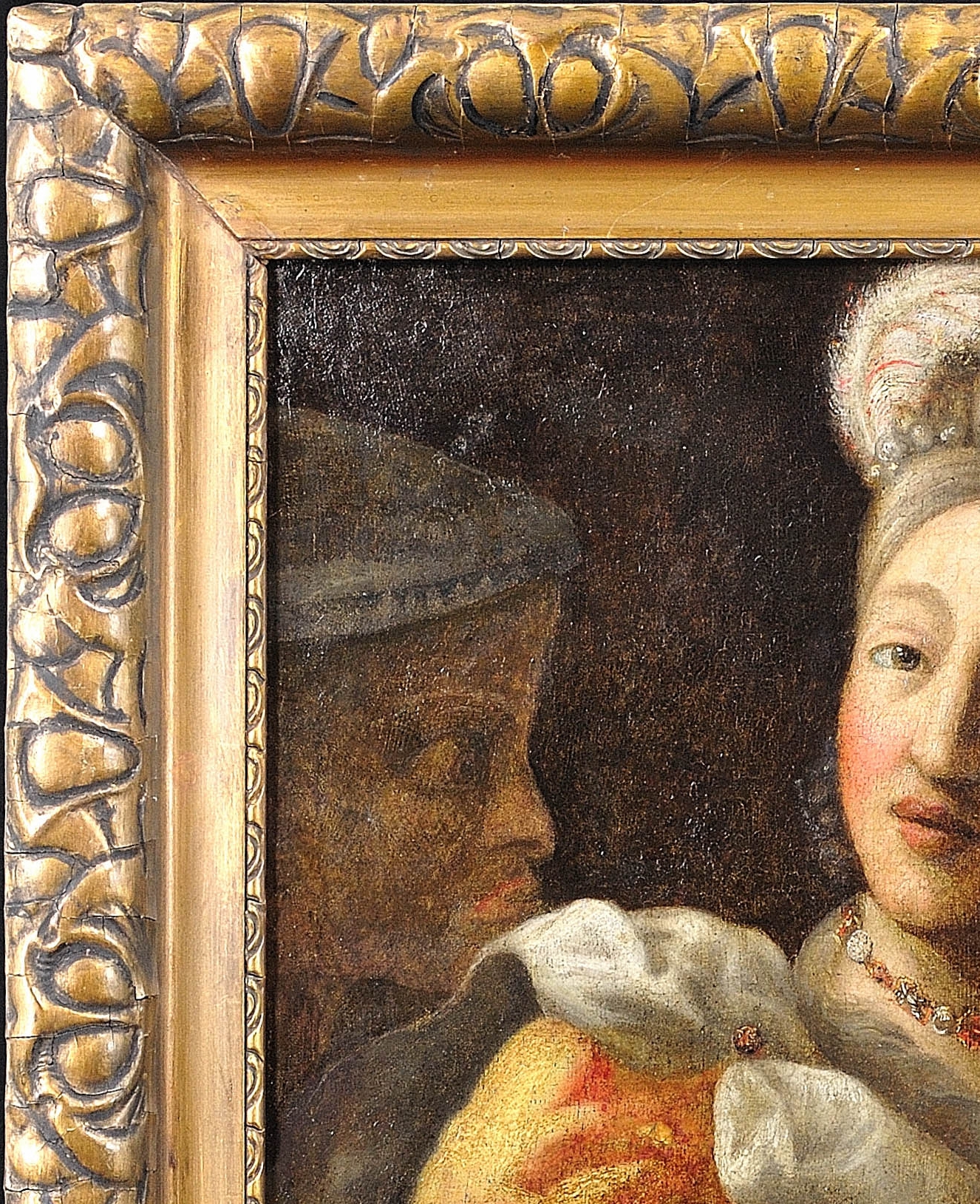 Judith and the Head of Holofernes

Available for sale from Big Sky Fine Art; this original oil painting by an early 19th Century follower of the Flemish artist Peter Paul Rubens b.1577 – d.1640.
It is presented and supplied in a 19th century period fancy frame (which is shown in these photographs).
The painted canvas surface and the frame have benefitted from some restoration, cleaning and conservation, which took place in 2020 on our instructions. The canvas was lined in the mid-20th Century by the previous owner.
This antique painting is in very good condition, commensurate with its age. It wants for nothing and is supplied ready to hang and display.

This amazing painting depicts the biblical story of Judith beheading Holofernes. The first account of this is found in the Bible, the deuteroncanical Book of Judith. Holofernes was an Assyrian General who was sent by the King of Nineveh, Neduchadnezzar, to subdue his enemies, the Jews. General Holofernes set up his camp above the city of Bethulia and besieged its people. The people suffered famine and considered surrender. Judith, a beautiful widow, overheard plans to surrender the city and decided to ‘deliver the city’. Together with her maid she infiltrated the army camp of Holofernes. She was able to enter his tent because of his desire for her. She waited until he was overcome with drink and then approached his bed, seized her sword and slayed him. She took away his severed head in a basket. Judith then returned to her people victorious, holding the severed head as a trophy. The Jews regained their courage, raided the Assyrian camp and drove the enemy away.

The story of Judith slaying Holofernes is one of the most well-known iconic themes in classical art and has been captured by some of the leading artists and sculptors over the centuries. Judith has been portrayed in various ways and varying interpretations of the overall scene have been applied to suit the political needs of the times. The story has enabled artists to explore the dynamics of female virtue and power. Judith has been portrayed both as the femme forte (strong and virtuous) and the femme fatale (sexually dangerous).
In early Renaissance works Judith is shown as virtuous, fully dressed and desexualised. The sculptor Donatello thus created a bronze statue of Judith and Holofernes (1457-1464) which stands in the Hall of Lillies in the Palazzo Vecchio, Florence, Italy. A copy stands in one of the sculpture’s original positions on the Piazza Signoria, in front of the Palazzo Vecchio. The implied allegorical subtext of Donatello’s sculpture was that of courage of the people in the face of tyranny. Similar depictions were created by Sandro Botticelli in The Return of Judith to Bethulia and Andrea Mantegna’s Judith and Holofernes, which is in the corner of Michelangelo’s Sistine Chapel. Later Renaissance artists showed a more sexualised and aggressive Judith, a female assassin who was also a seducer; examples are by Lucas Cranach the Elder, and Giorgione. Other Renaissance artists who painted Judith include Titian and Paolo Veronese.

Judith became a symbol of female empowerment, especially in later Northern Renaissance art. She was the subject of a disproportionate number of old master prints, such as those by Parmigianino, combining the irresistible themes of sexuality and violence.

In the Baroque period Judith remained popular and was shown as more violent, almost threatening to the viewer. She was captured by Italian artists Caravaggio, Leonello Spada and Bartolomeo Manfredi. One such painting by Caravaggio was painted in c.1598-1599 or 1602. It was rediscovered in 1950 and is now part of the collection of the Galleria Nazionale d’Arte Antica in Rome. A second painting on the exact same subject was rediscovered by chance on 2014 and sold in 2019 to a private collector.

Further north Judith was also painted by Rembrandt, Sir Peter Paul Rubens, Alexis Grimou and Eglon van der Neer. Some paintings of Judith were produced as a result of church commissions, with the intention of promoting a new allegorical reading of the story, that Judith defeats Protestant heresy. Thus, the Counter-Reformation period showed Judith as an agent of anti-heretical propaganda.

The use of the image of Judith has continued right into the late twentieth and early twenty-first century. In 1997 Russian artists Vitaliy Komar and Alexander Melamed painted a Judith on the Red Square that casts Stalin in the role of Holofernes, conquered by a young Russian girl. In 1999 American artist Tina Blondell produced a watercolour of Judith entitled I’ll Make You Shorter by a Head, taking inspiration from Klimt. The American artist Kehinde Wiley depicts Judith as an African American woman as part of his first series of portraits of women, An Economy of Grace.

This image then, is a timeless one. It has come to symbolise virtue, justice, the power of the common people over tyranny, and the triumph of the righteous against oppression. It is as relevant now as it has ever been, on both a political and individual level. This is a painting that means something to everyone!


We provide a professional shipping and delivery service which is free to customers in the UK, Europe, USA and Canada. We can also provide other worldwide delivery on any purchase. Please contact us for further information.

Judith and the Head of Holofernes - Rubens, Peter Paul (follower of)