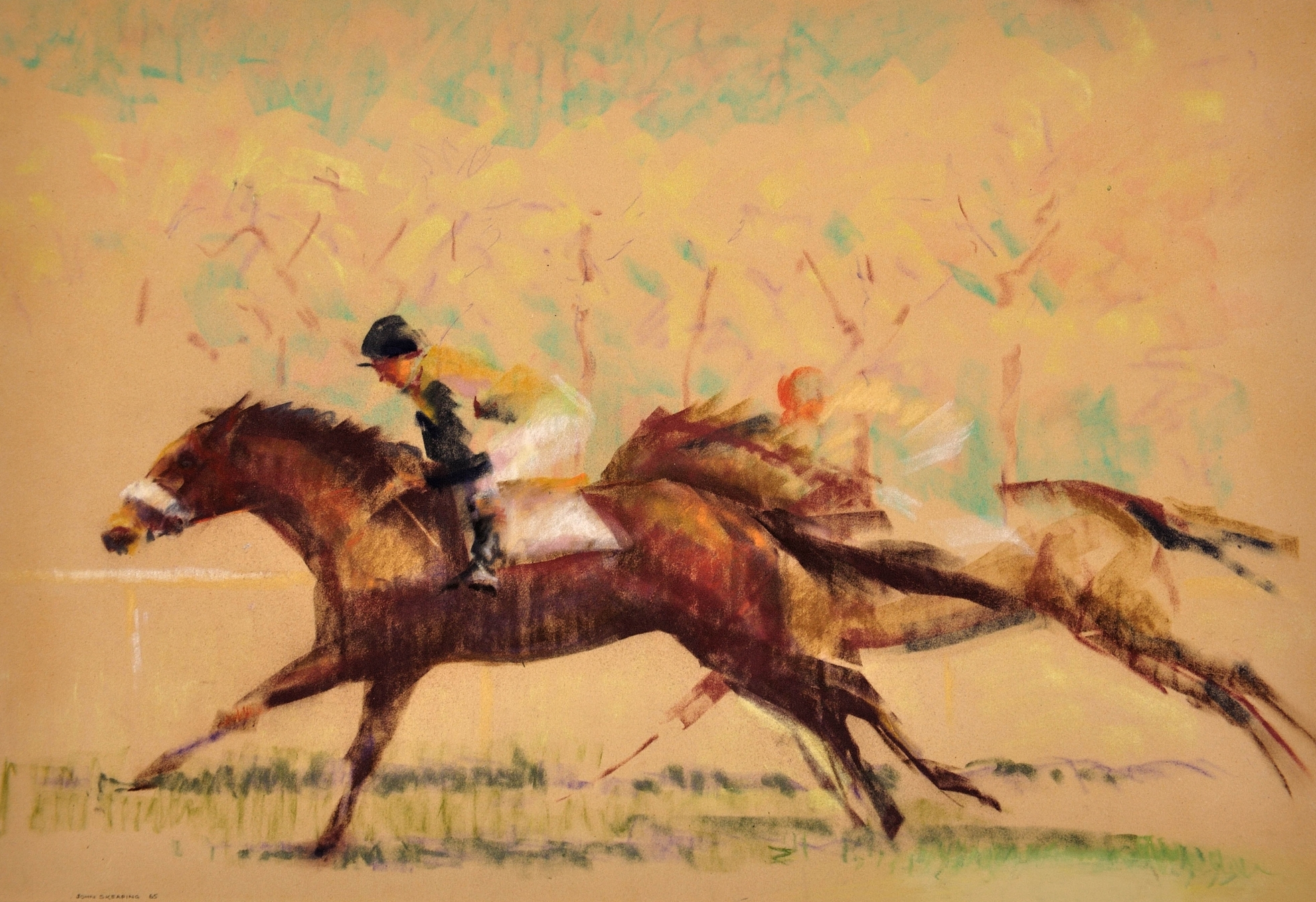 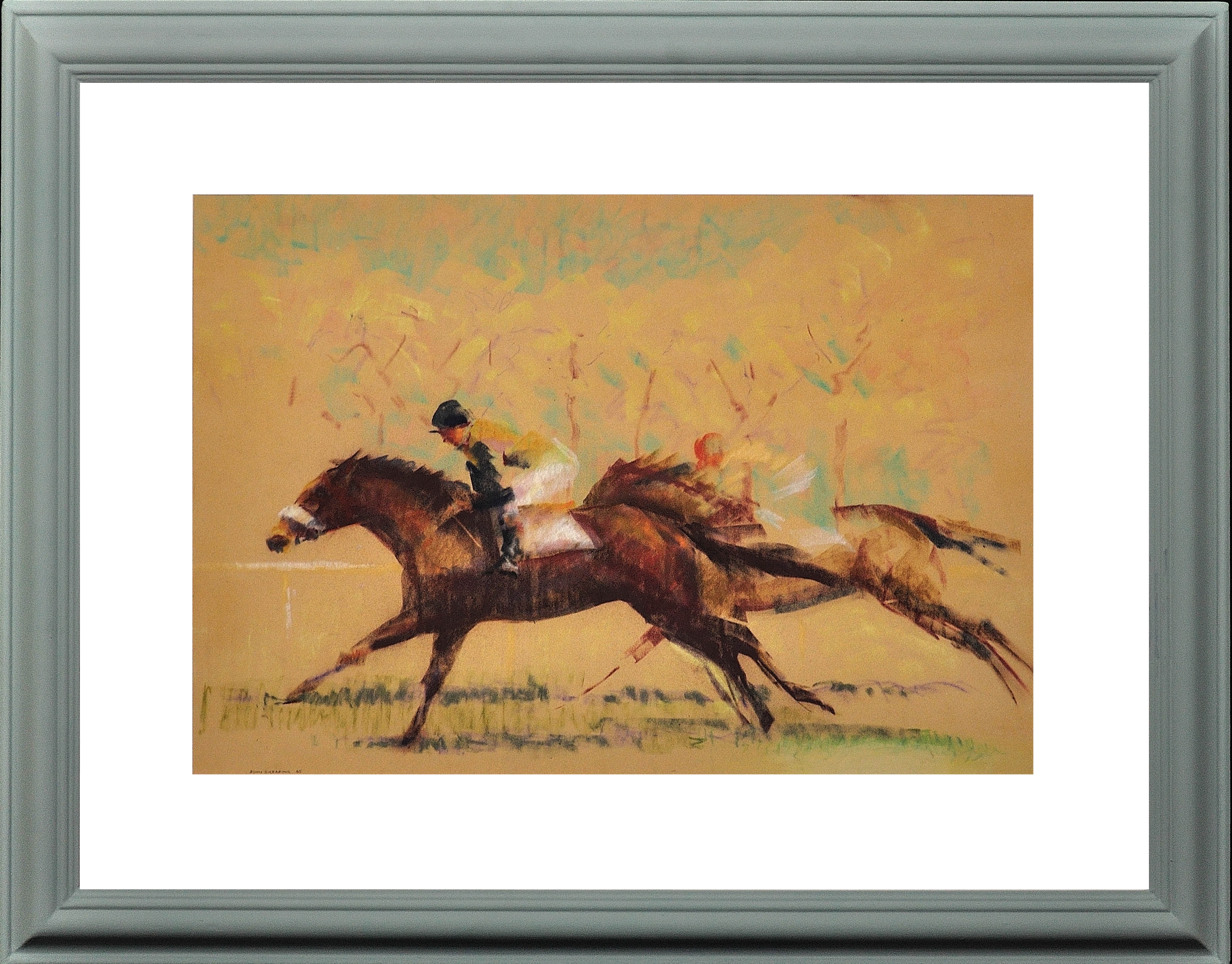 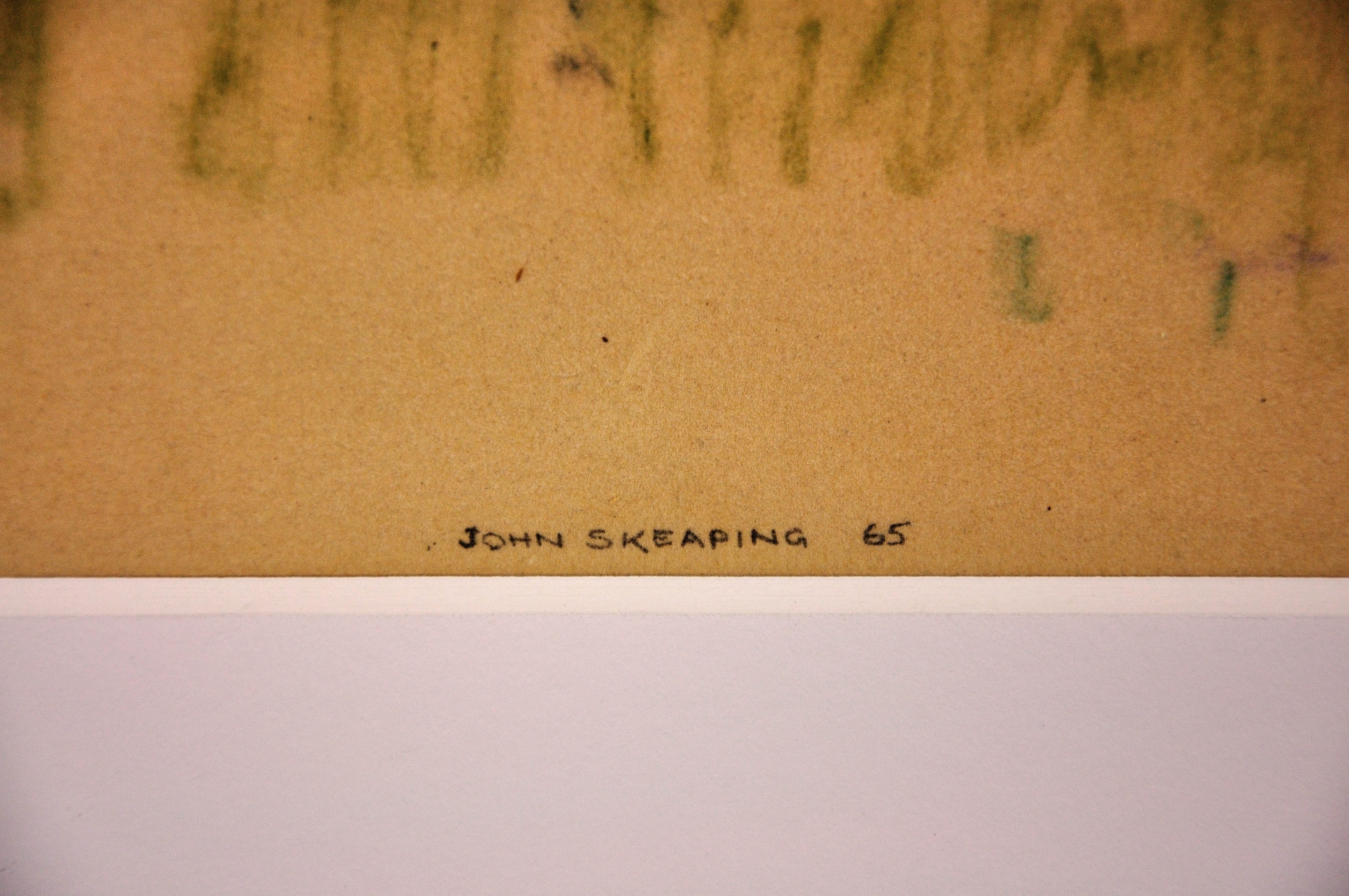 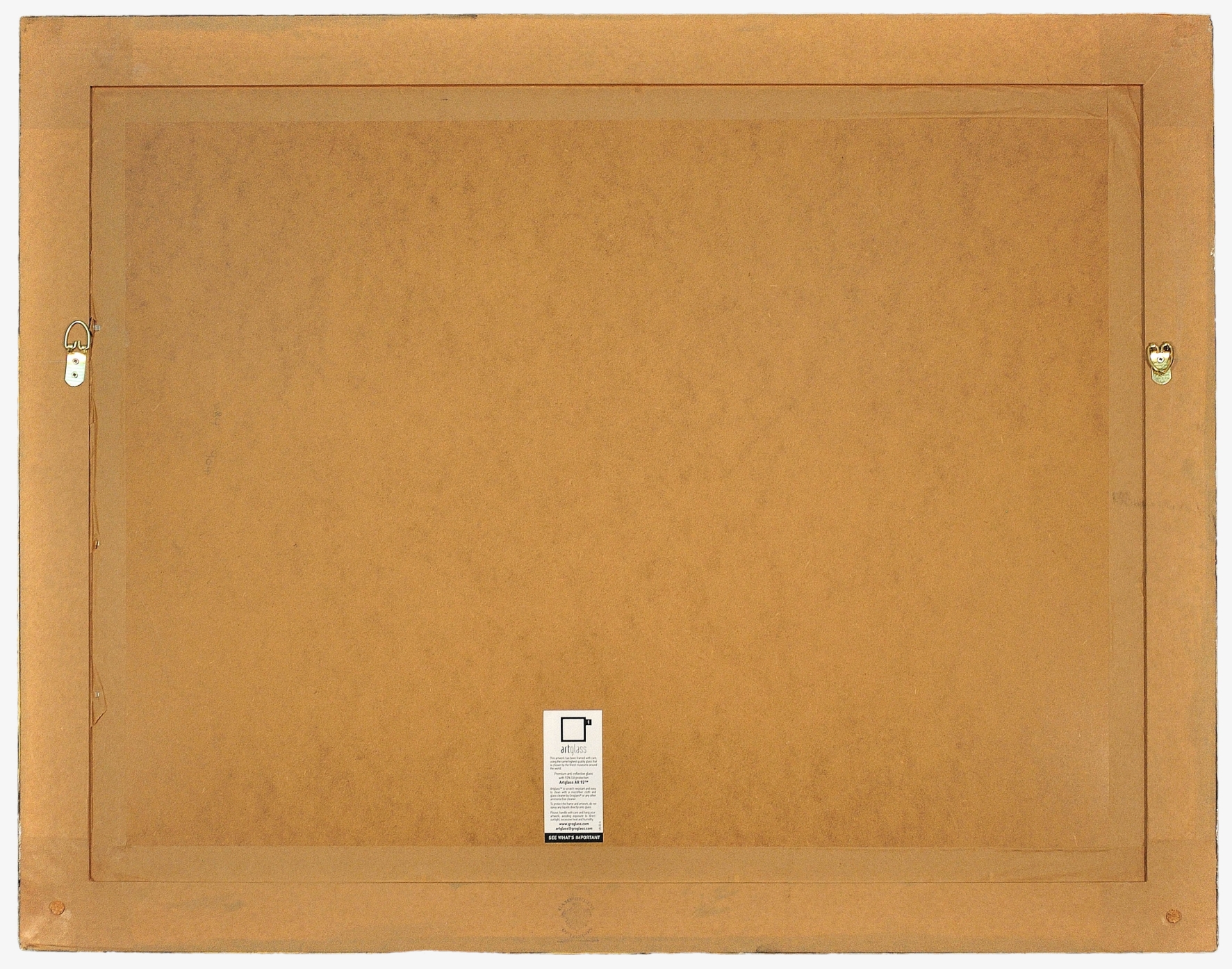 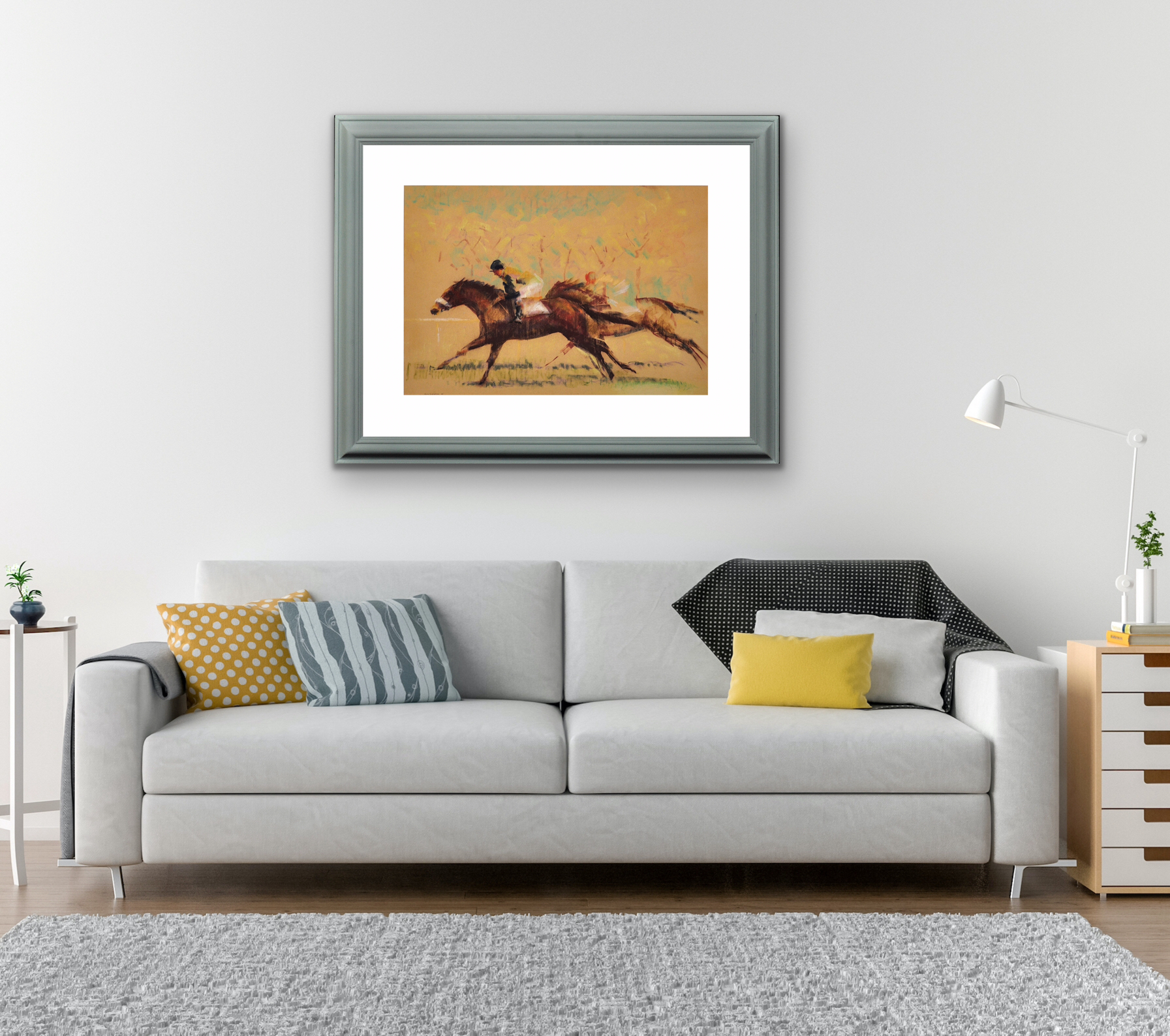 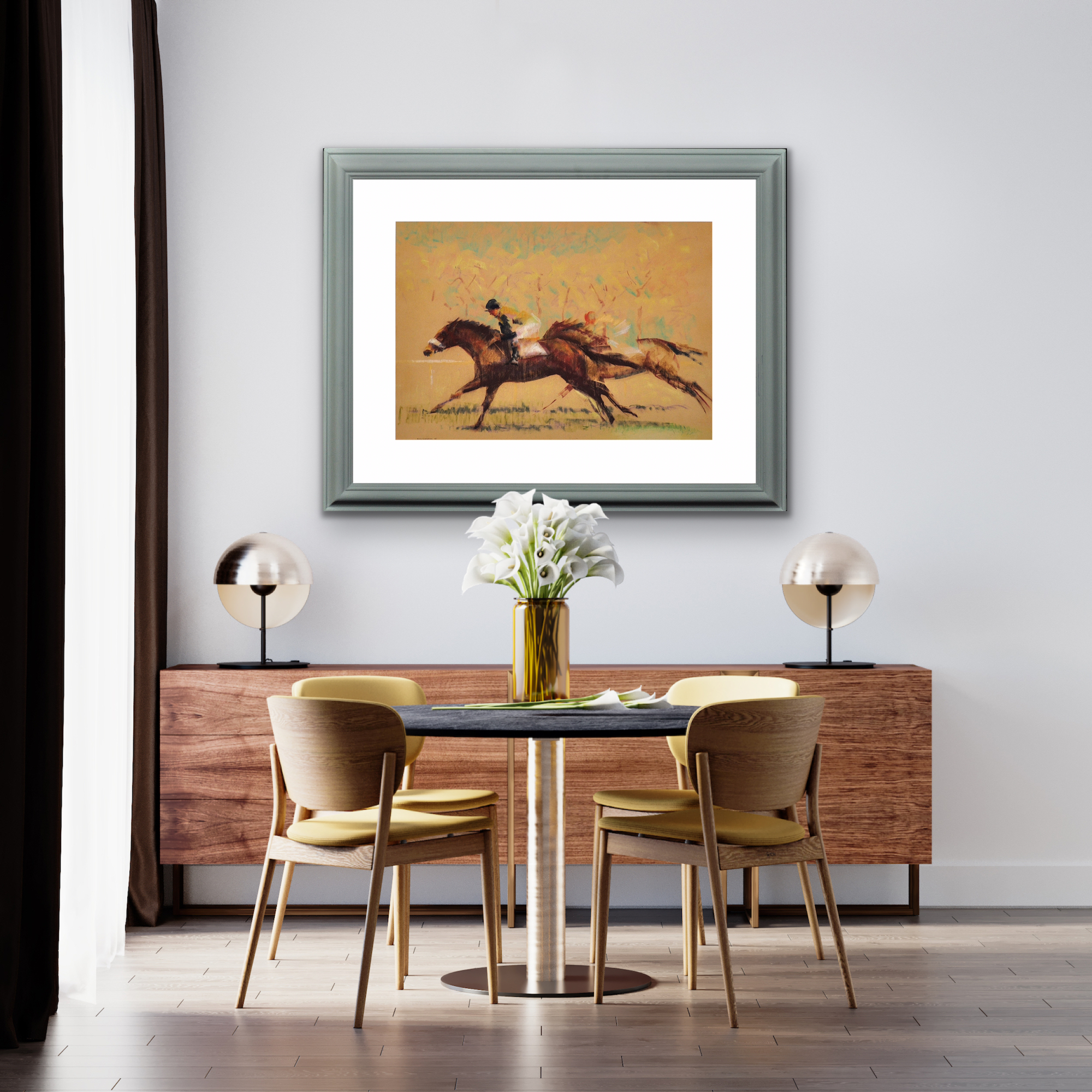 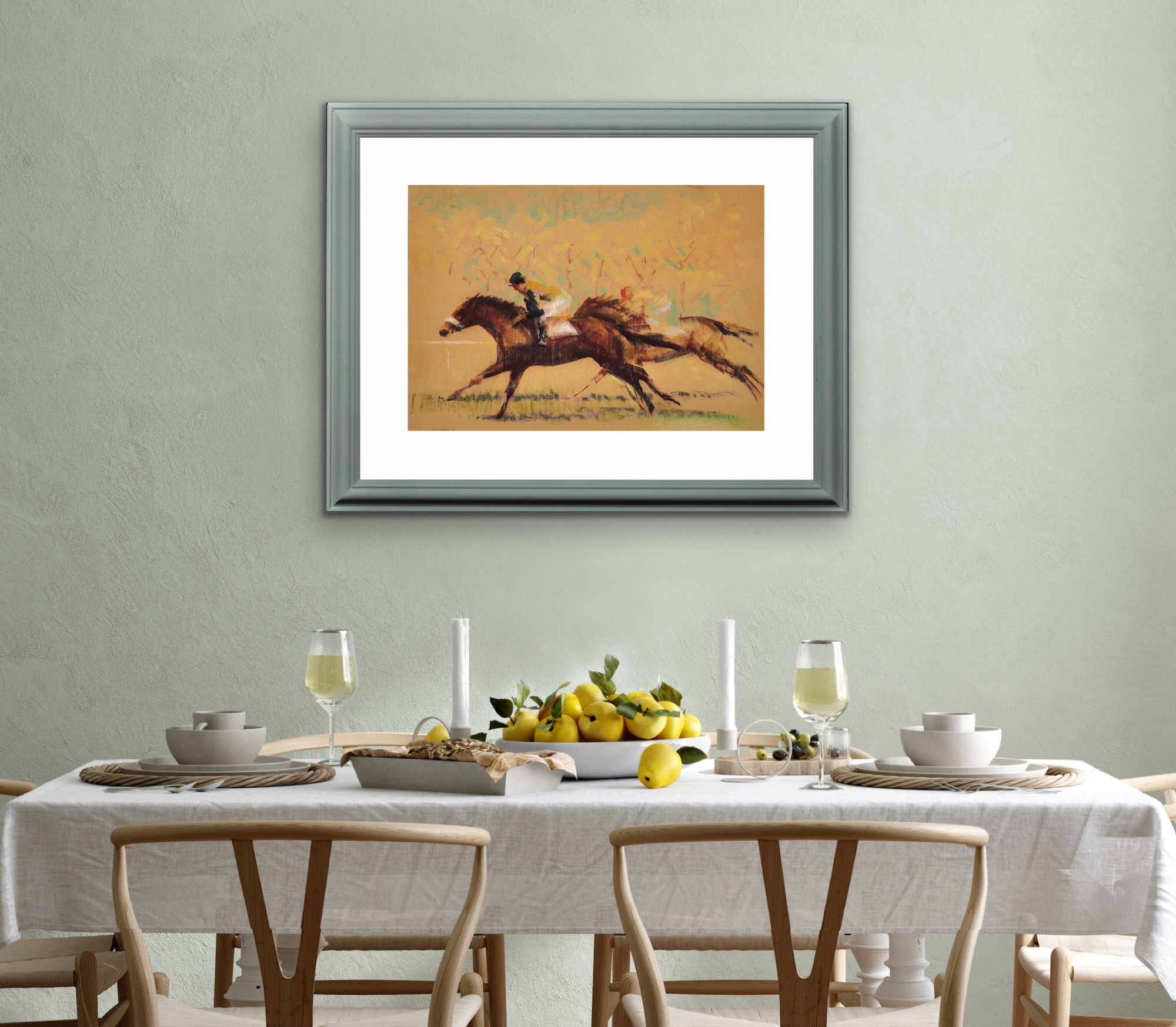 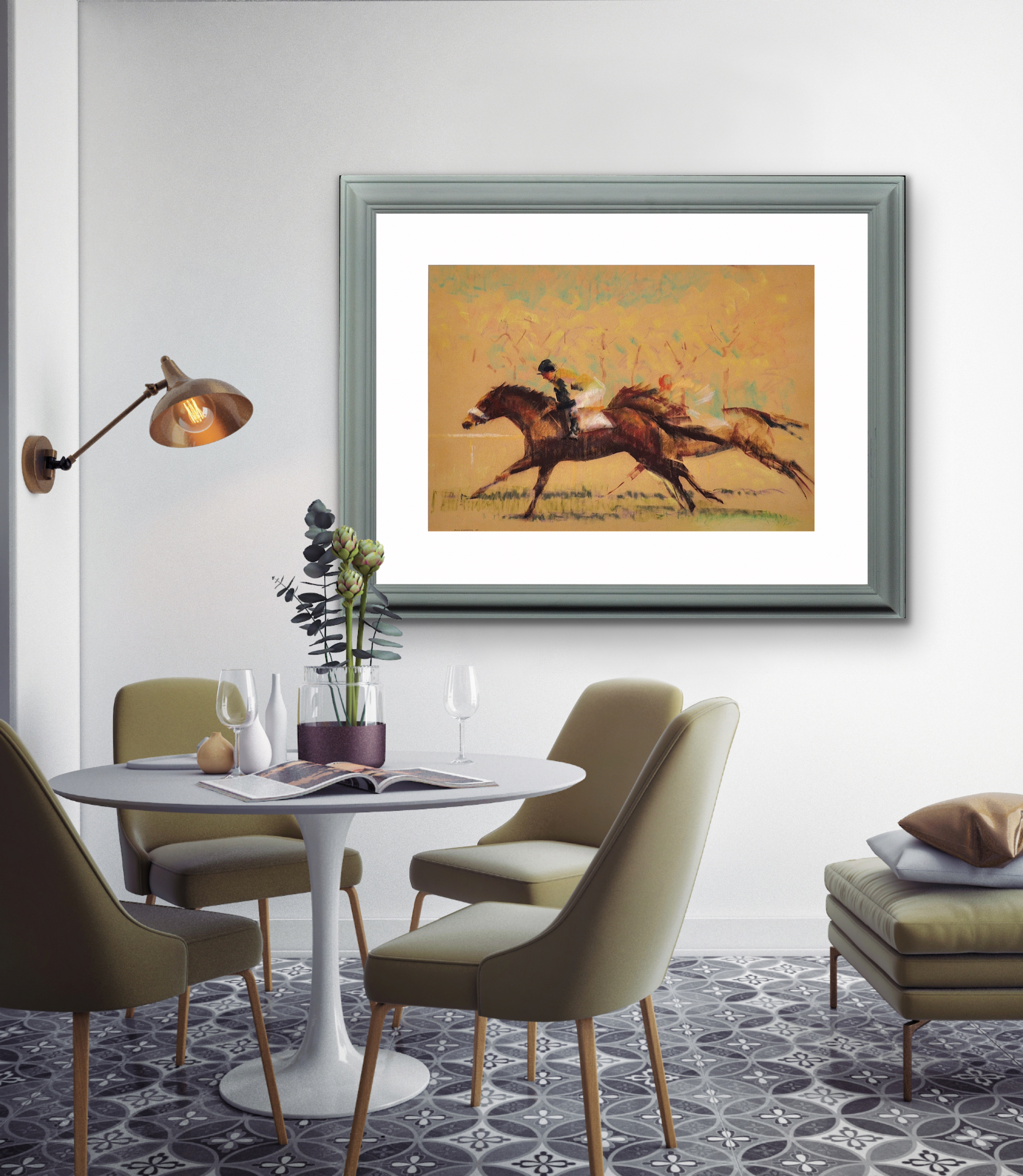 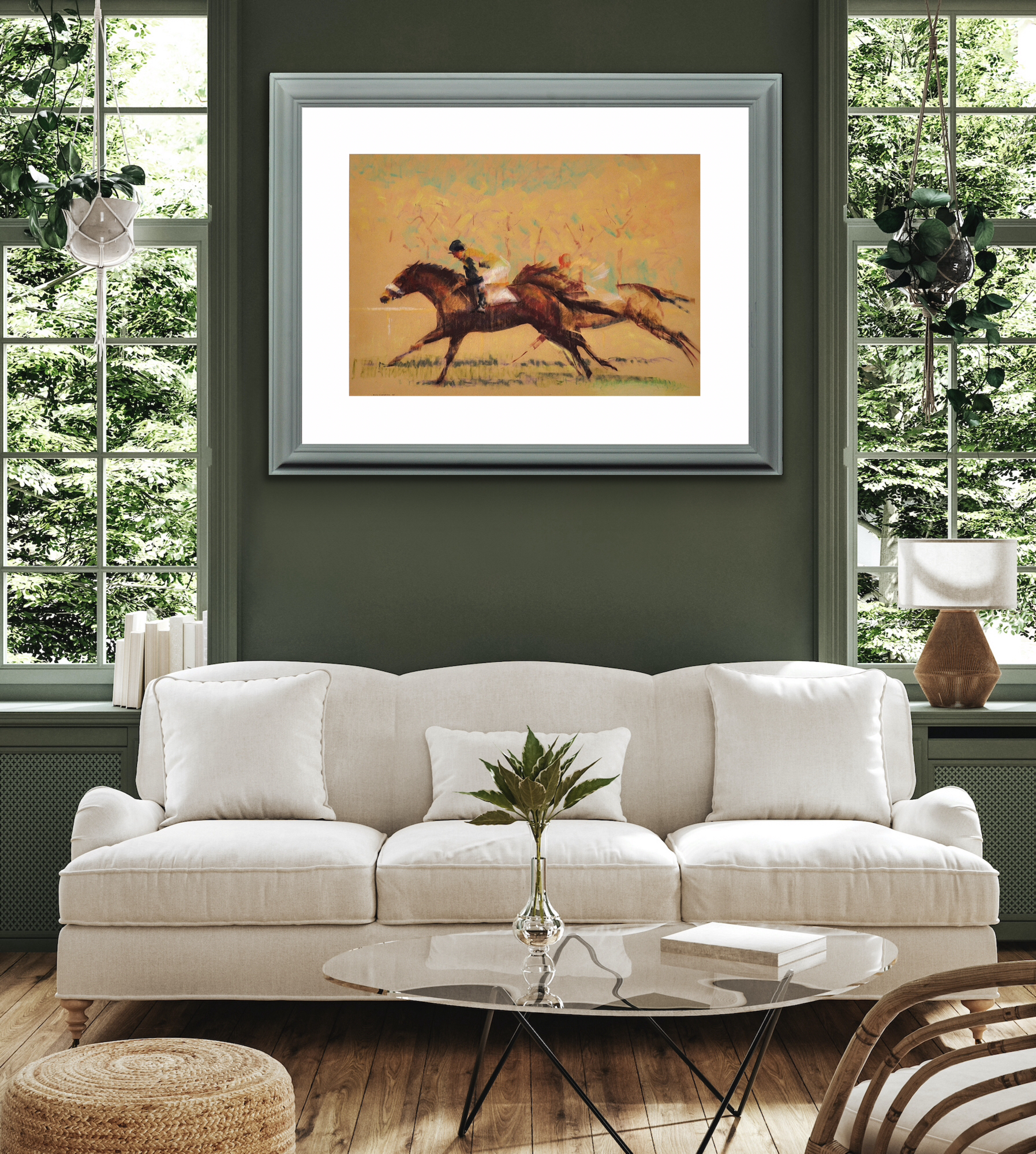 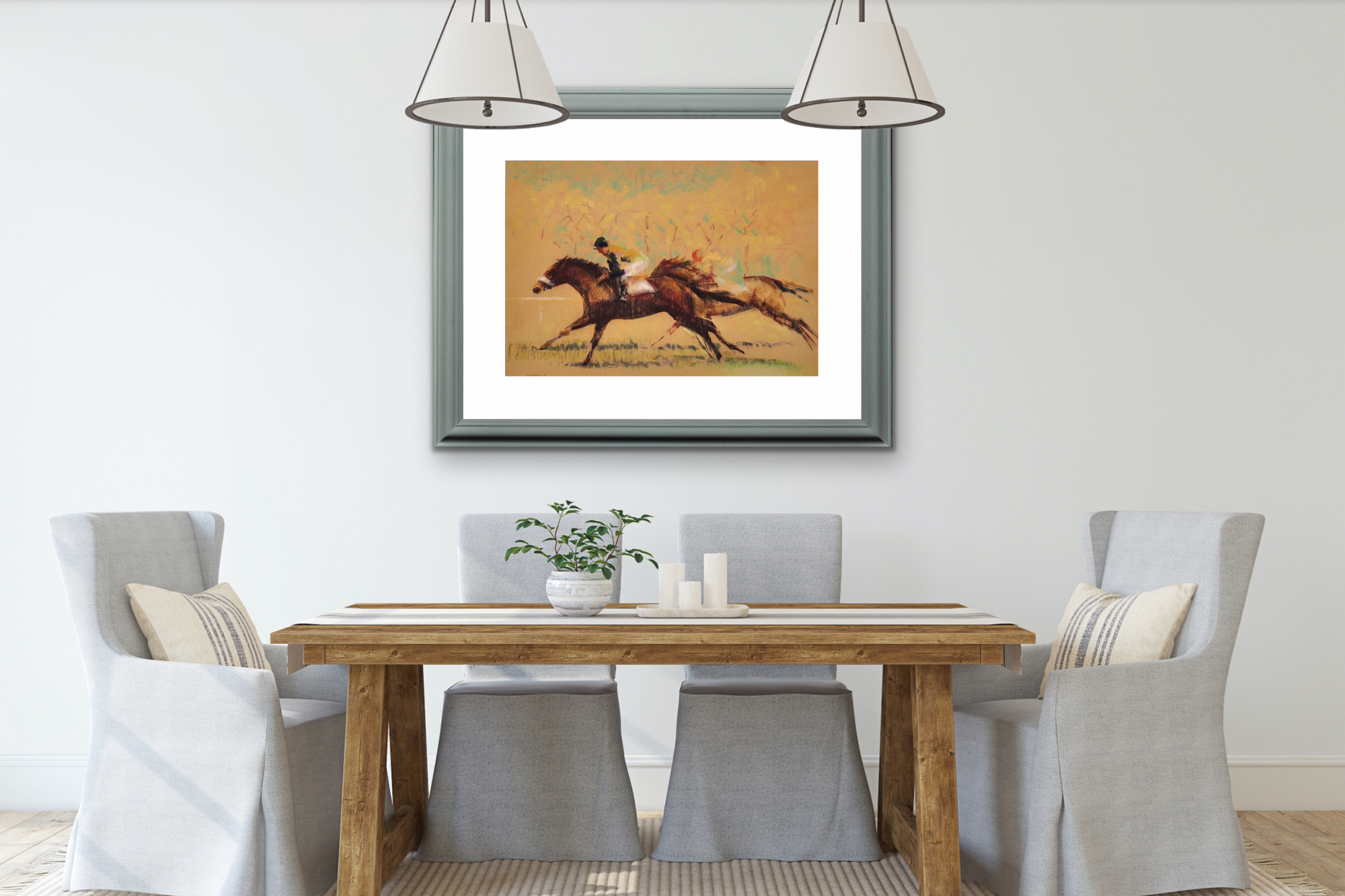 Available for sale from Big Sky Fine Art; this original pastel on paper drawing by John Rattenbury Skeaping dated 1965.
The work is presented and supplied in its original frame that has been painted in chalk paint and its original mount (which is shown in these photographs) and original premium anti-reflective glass with 92% UV protection (ARTGLASS AR92™).
This vintage pastel drawing is in very good condition, commensurate with its age. It wants for nothing and is supplied ready to hang and display.

In 1950 he returned to England and became Professor of Sculpture at the Royal College of Art. He remained there until his retirement in 1959 when he moved to the Camargue in France, partly for health reasons. There he studied the wild horses of the Carmargue, and lived for twenty years with his third wife.

This pastel on paper artwork depicts two racehorses galloping down a racetrack “into the final furlong”; We can almost hear the course commentator on the public address system. It is executed with the lightest of touch, in a manner which perfectly captures the movement of the moment. Both horses are chestnut, or bay. The jockeys wear traditional jodhpurs, silks and caps, one black and one red. The horse nearest to the viewer is in the lead by a neck and is wearing a sheepskin noseband. He is almost the winner, but we cannot be sure how close the finishing post is away … 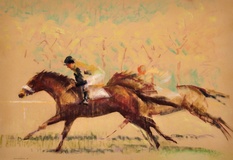