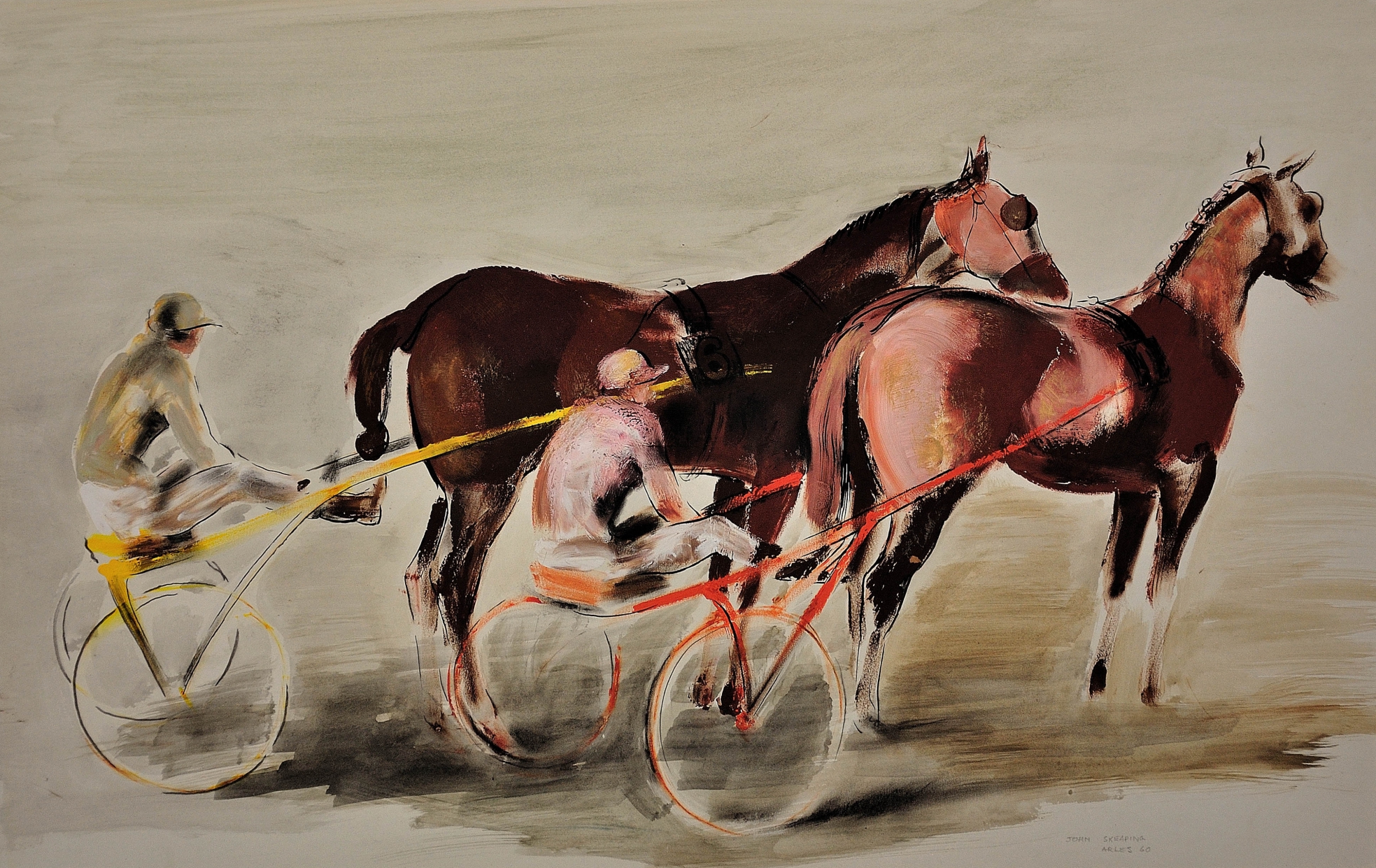 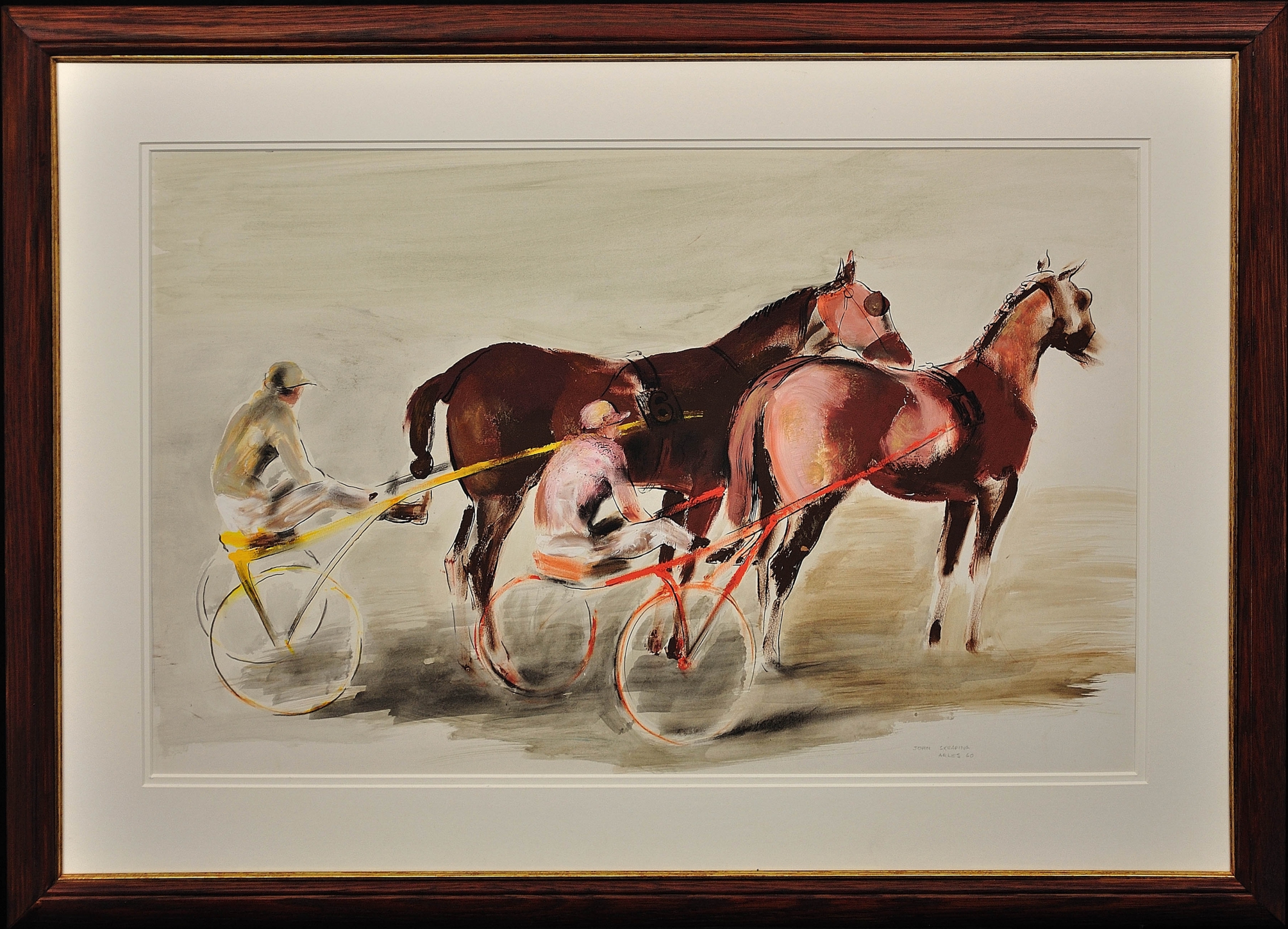 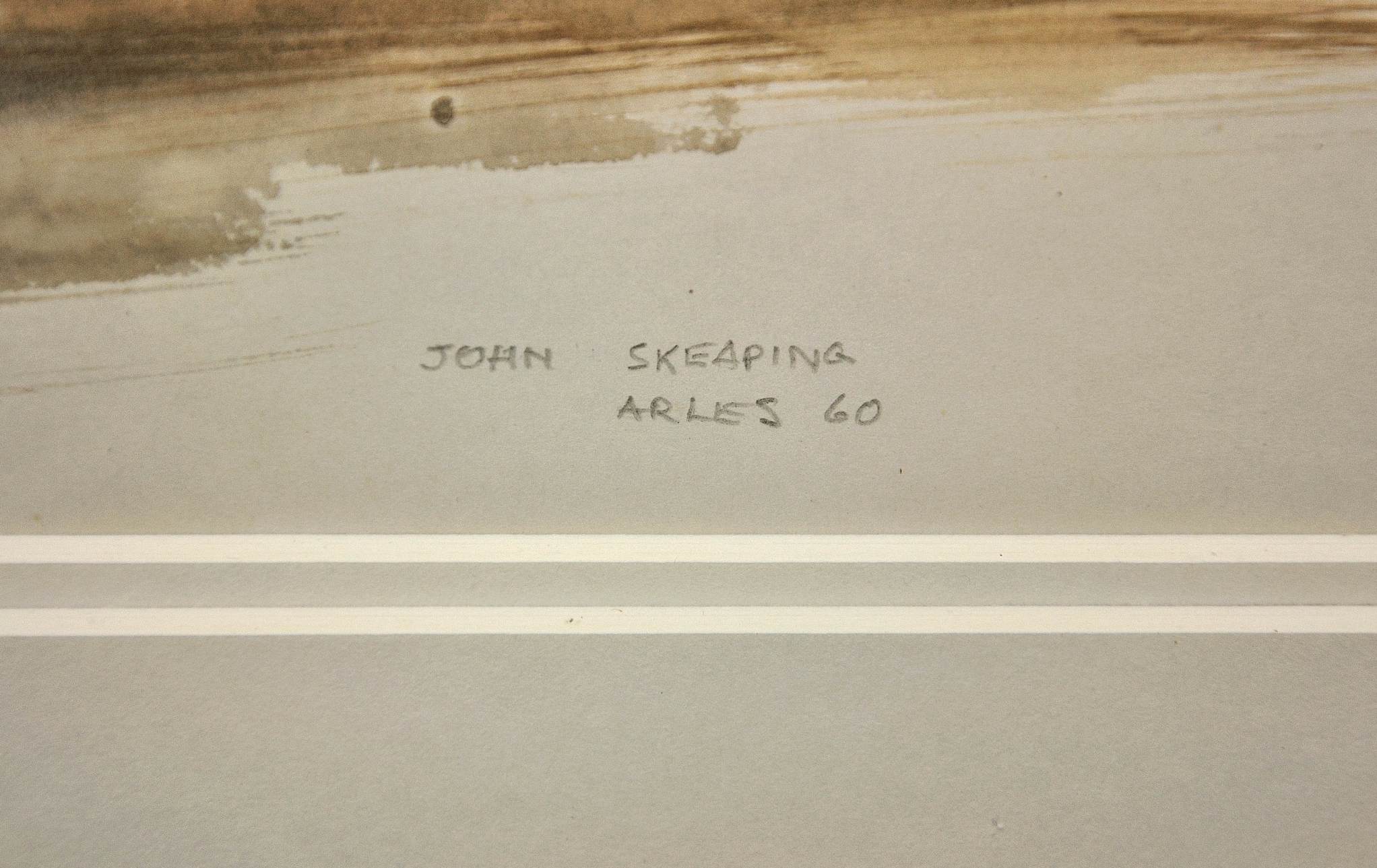 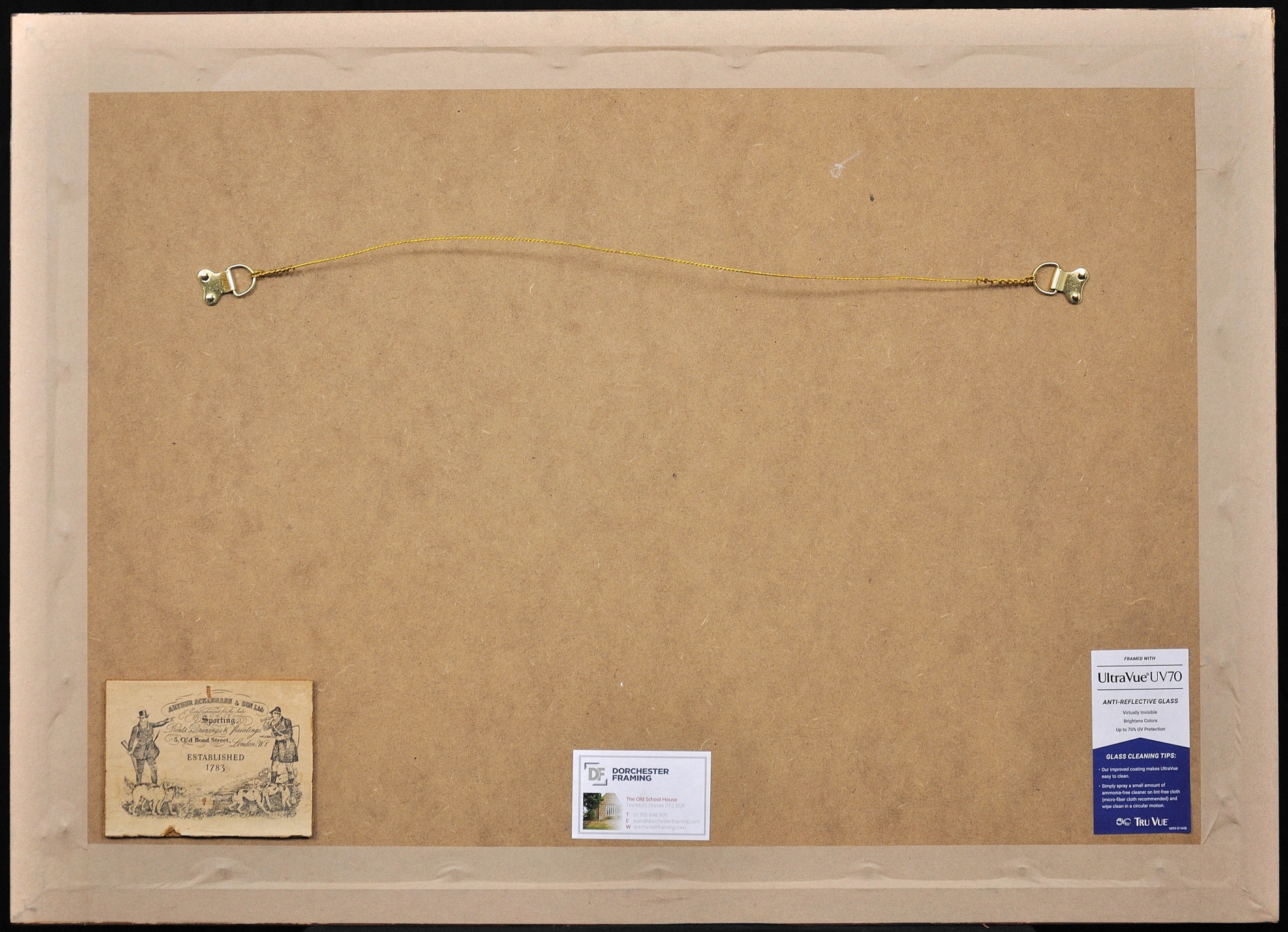 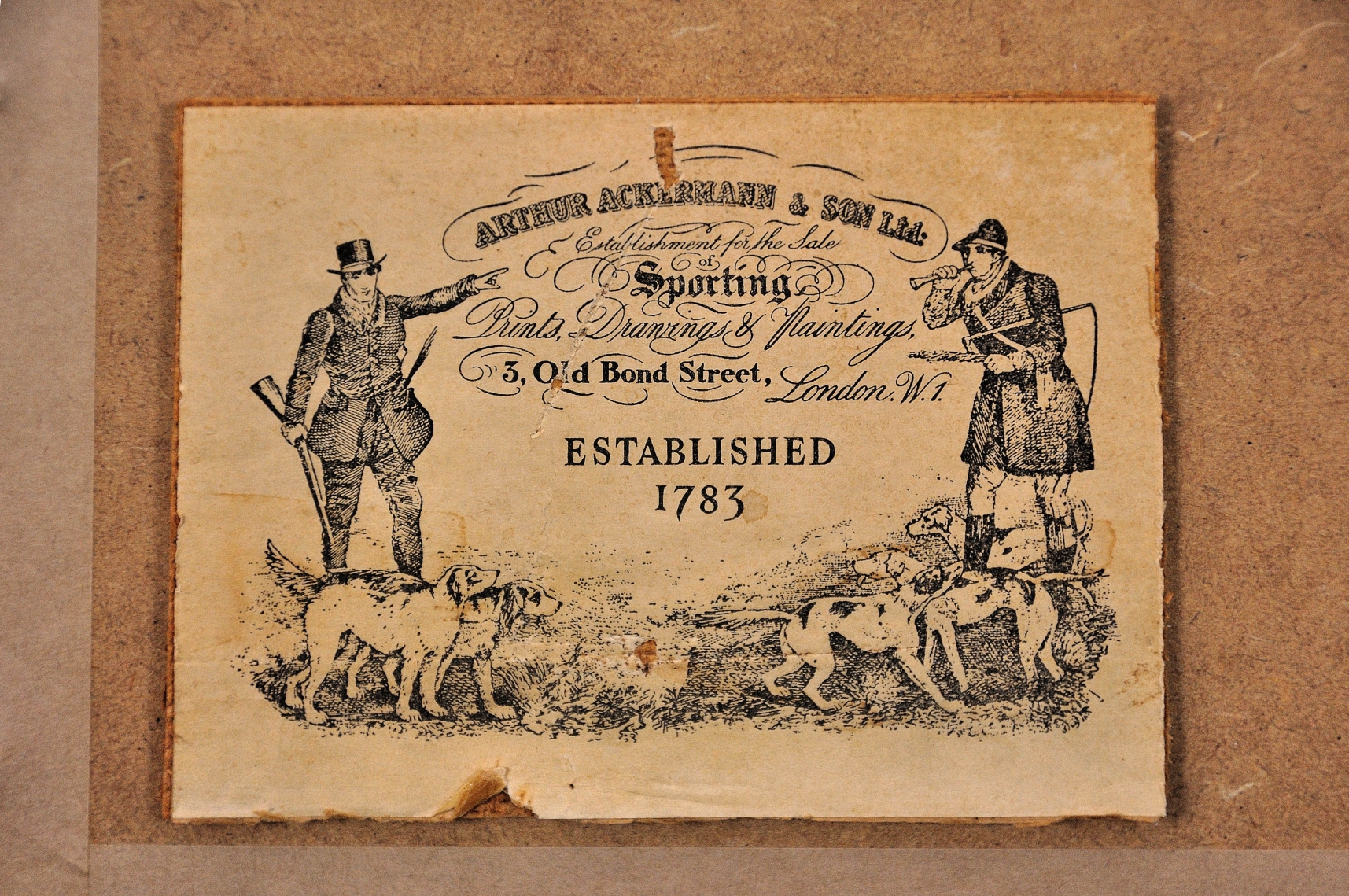 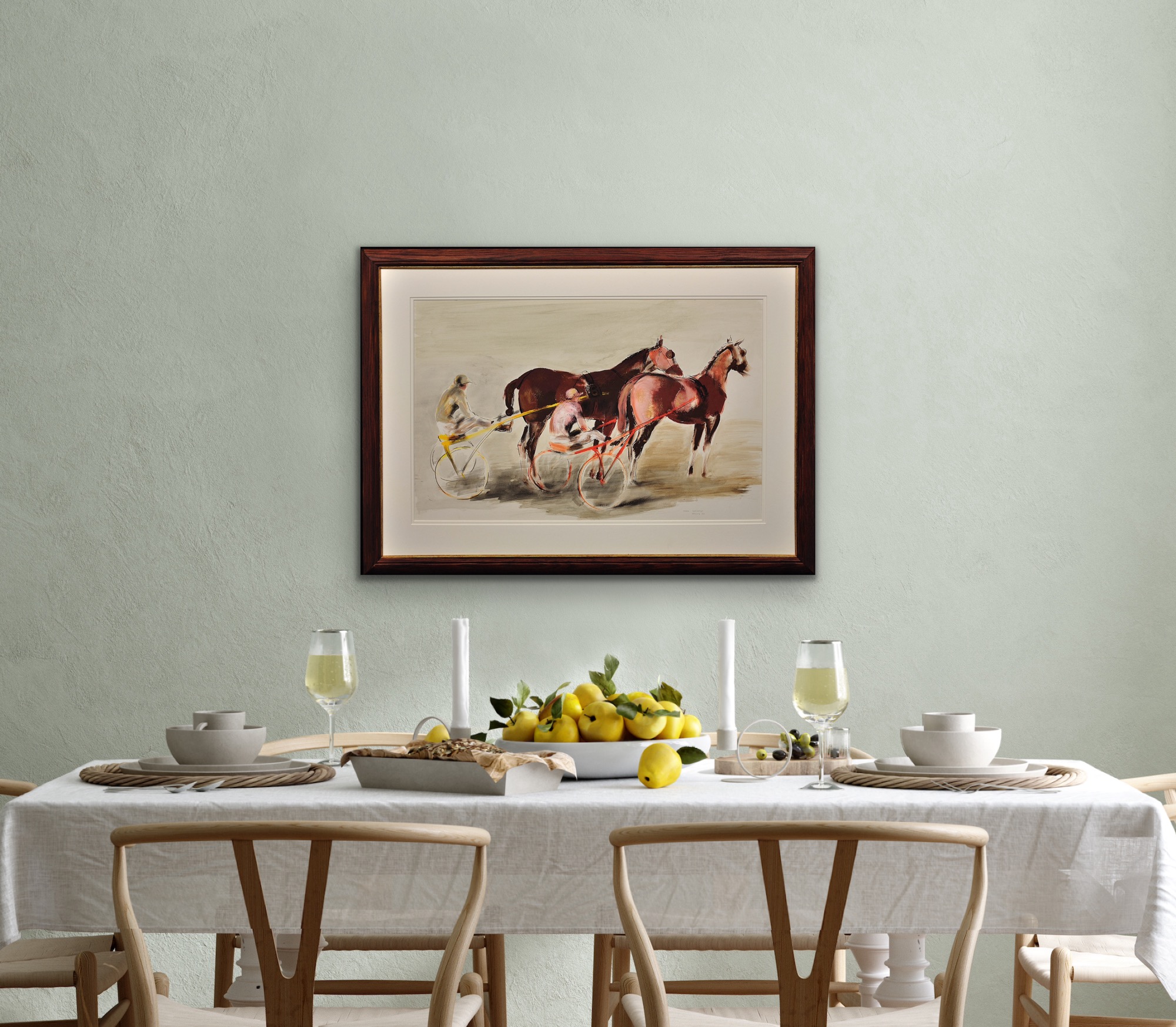 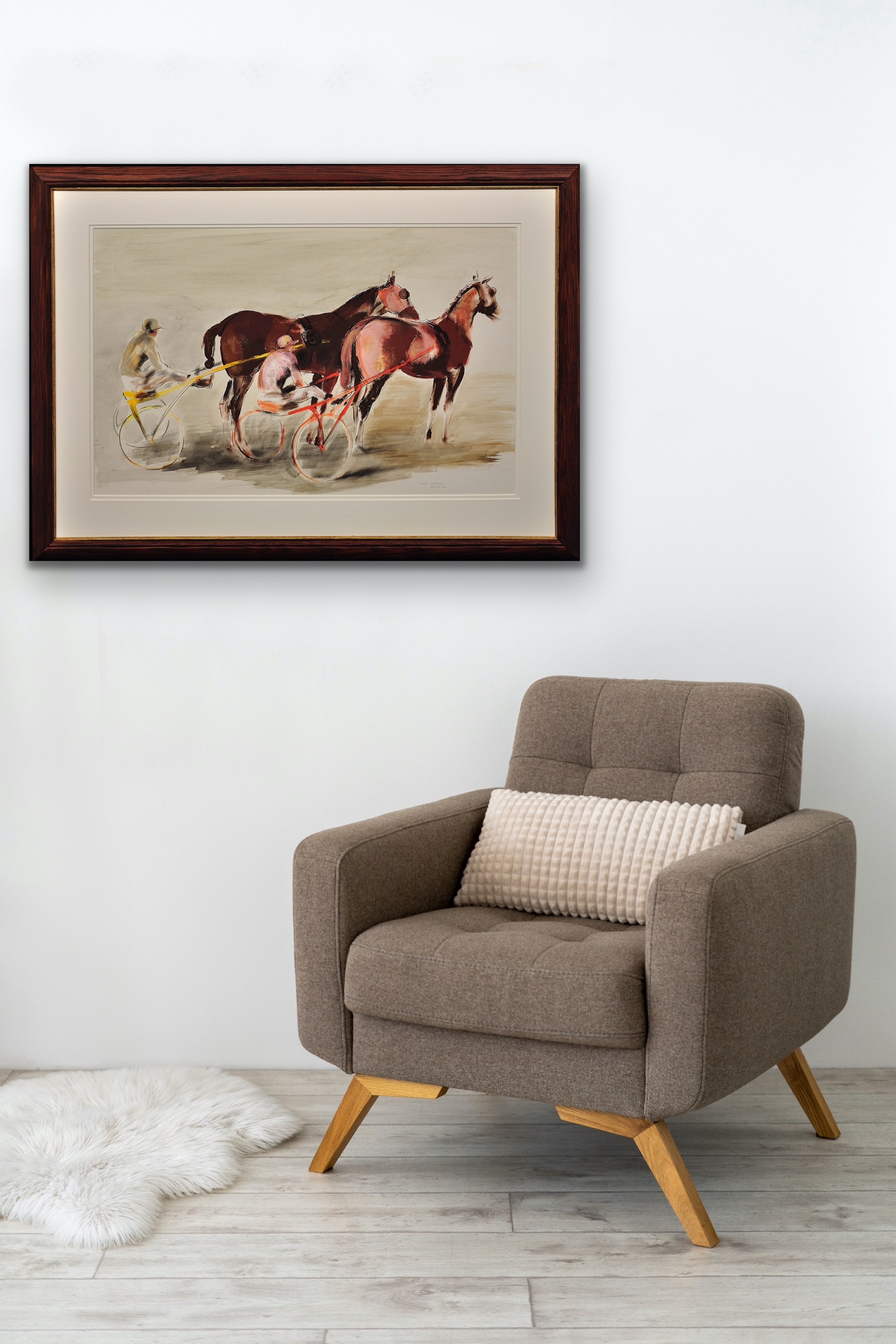 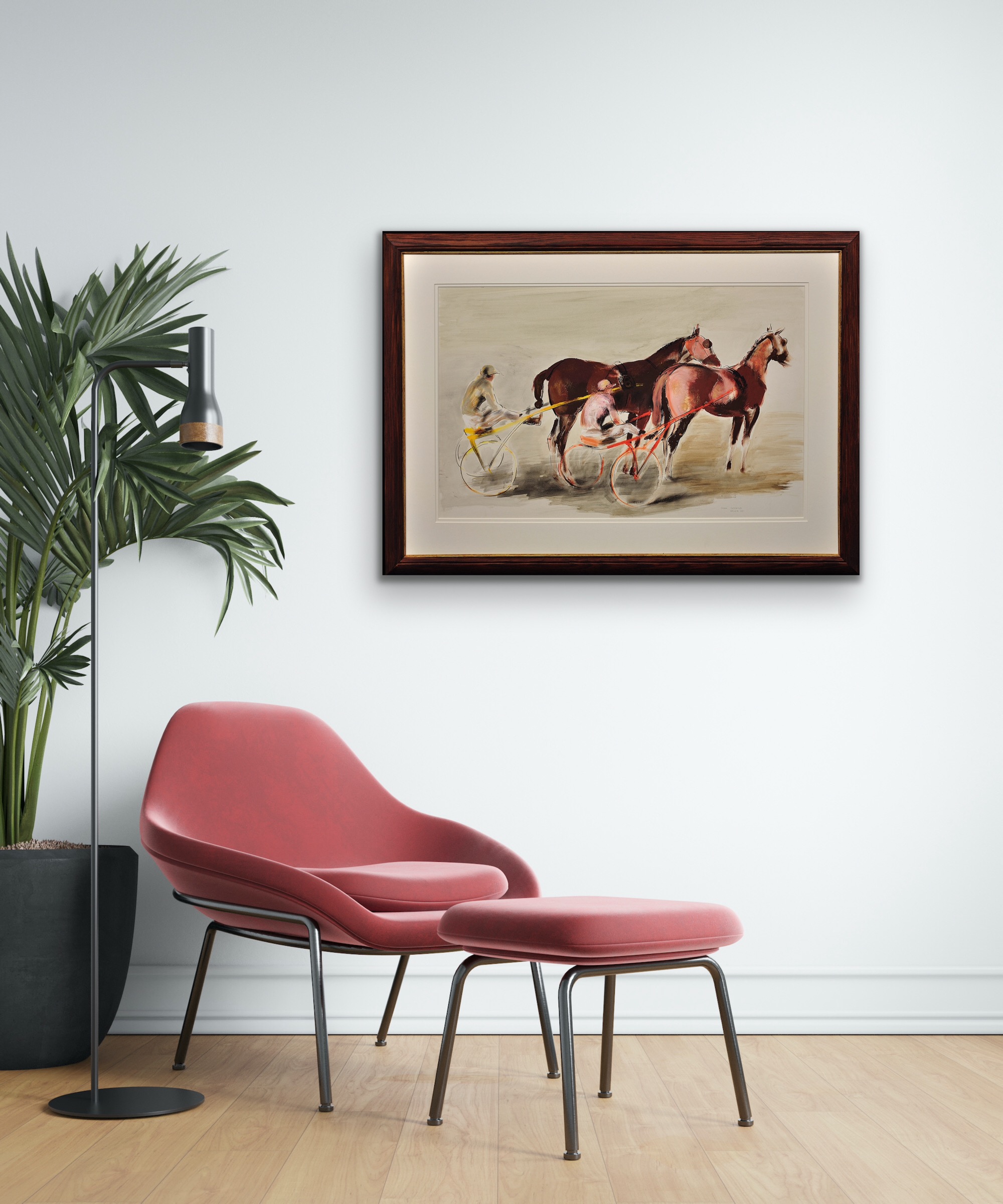 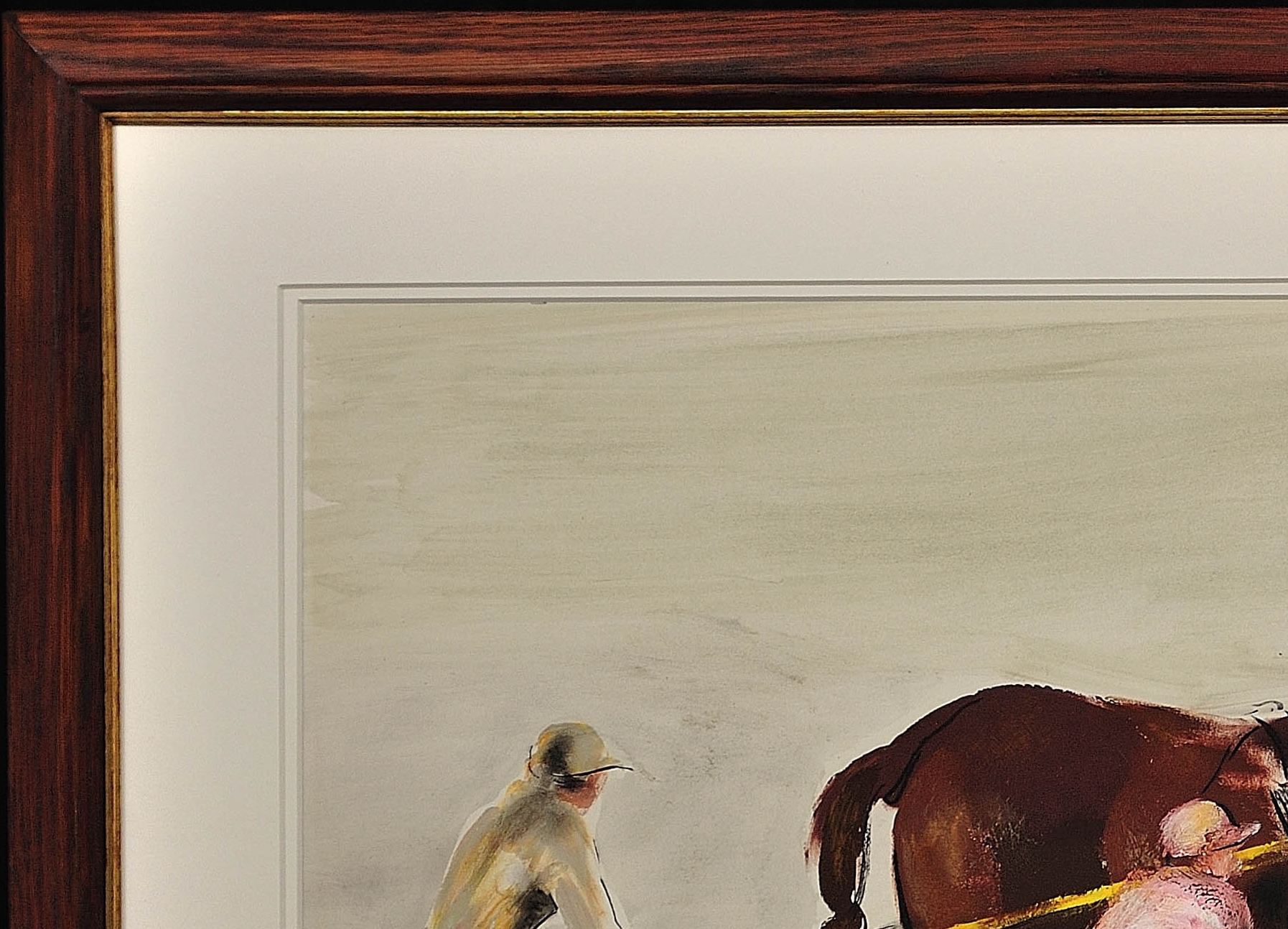 Available for sale from Big Sky Fine Art; this original gouache and watercolour painting by John Rattenbury Skeaping dated 1960.
The work is presented and supplied in a new contemporary frame (which is shown in these photographs), a new mount, conservation materials and non-reflective Tru Vue UltraVue® UV70 glass.
This vintage painting is in very good condition, commensurate with its age. It wants for nothing and is supplied ready to hang and display.
Previously with Arthur Ackermann & Son Ltd, 3 Old Bond Street, London W.1.

At the beginning of the Second World War Skeaping served in the Royal Intelligence Corps as an official war artist in Europe before transferring to the SAS in North Africa. However, he began to suffer from nervous stomach trouble and was invalided out just before the end of the war. On his return to civilian life he became disillusioned with London, so went to Devon to live. After a short while though he returned to London though and spent a period teaching at the Royal College of Art. He then went to Mexico for a year and a half, living amongst the primitive Indians and learning how to make their traditional pottery.

This gouache and watercolour on paper painting depicts two horses with their drivers, at Arles harness race meeting in 1960. The horses are both chestnut, or bay. One of the carts is yellow, the other red. The men in the carts are dressed as jockeys, with boots, white jodhpurs and caps. The image is created with the expert lightness of touch so typical of Skeaping.

Arles is a city on the River Rhône in the Provence region of southern France. It is also seen as the capital of the Camargue region, and is on the northern reaches of this area. The Camargue region is a vast wetland area which includes a regional park and natural reserve. It is famed for its unique landscape, ornithology, and expert breeding of bulls and horses. Arles itself is classified by UNESCO as a World Heritage site. Arles was once a provincial capital of ancient Rome and has an impressive amphitheatre (les Arčnes d'Arles), where many events are now held, including theatrical productions, chariot racing and harness racing. The subjects of this artwork were probably studied there by the artist.

Harness racing is a particular form of horse racing where the horse pulls a two-wheeled cart called a sulky or spider. This has bicycle wheels and indeed is also sometimes referred to as a ‘bike’. The person who directs the horse from the sulky is not called a jockey, but a driver. He carries a light whip, which is used chiefly to signal the horse by tapping and the make noise by striking the sulky shaft. In North America harness races are restricted to Standardbred horses, but in Europe racehorses might also be French Trotters or Russian Trotters. Horses bread for harness racing tend to have proportionally shorter legs and longer bodies than thoroughbreds, and a more placid disposition. In this type of racing the horses race at a specific gait, which may be a trot or pace. The difference is that a trotter moves its legs forward in diagonal pairs (right front and left hind, then left front and right hind striking the ground simultaneously), whereas a pacer moves its legs laterally (right front and right hind together, then left front and left hind. In continental Europe harness races are conducted exclusively among trotters, whereas in Australia, Canada, New Zealand, the UK and the United States the great majority of races are held for pacers. This painting therefore shows horses in France who would be traditional trotters. 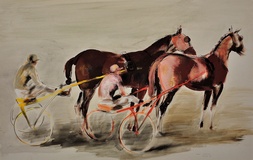