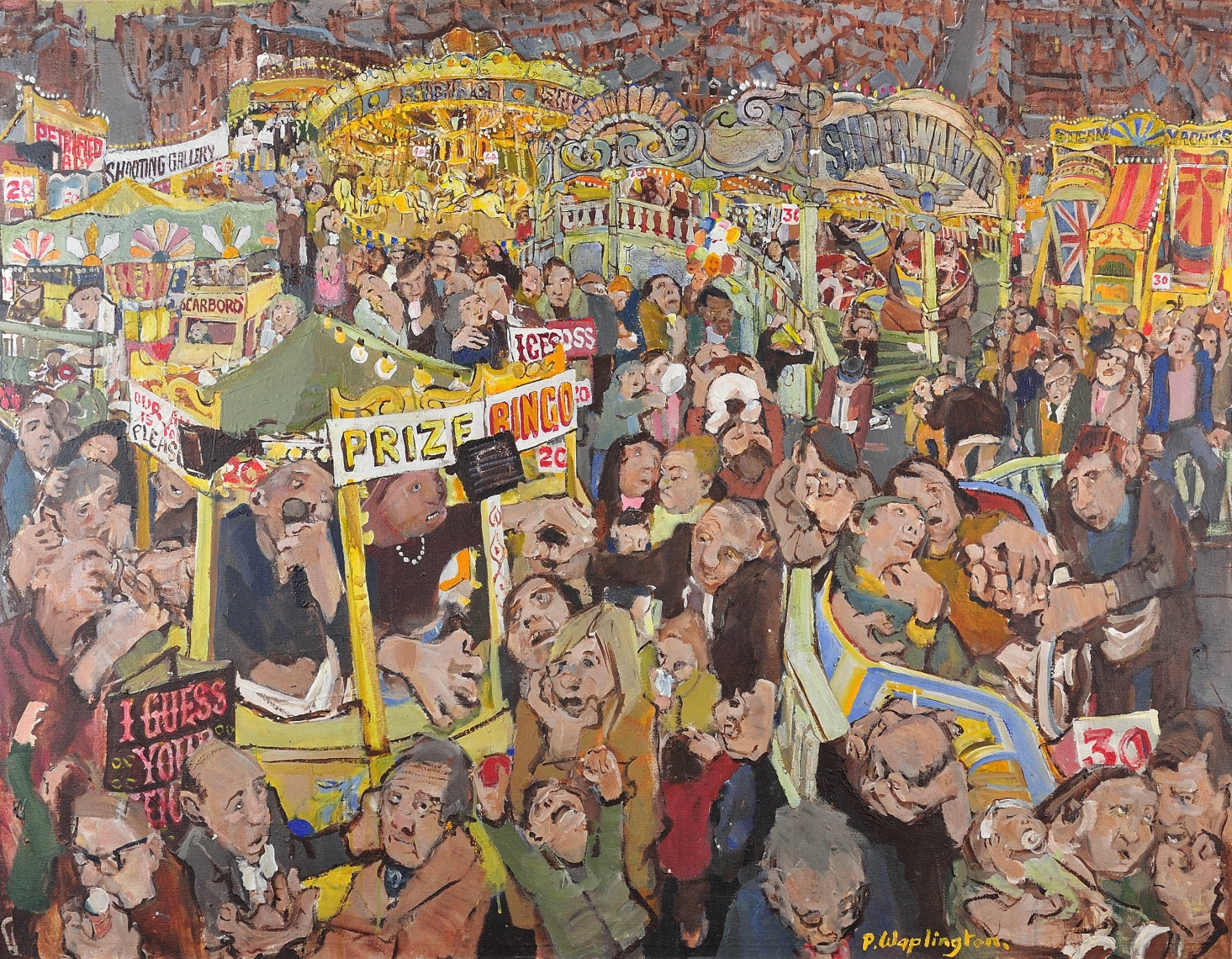 Available for sale from Big Sky Fine Art; this original painting by Paul Waplington dating from 1974.
The painting is presented and supplied in its original wood frame.
Provenance: Paintings of Nottingham and other places catalogue item No.9. 28th October to 22nd November 1978, Midland Group, Nottingham, 24-32 Carlton Street, Nottingham NG1 1NN. Also the Fine Arts Department of The British Council.
The painting is signed lower right.

Because of the size of this painting we ask you to make contact with us to discuss delivery before purchasing. The size dictates exclusion from our default free shipping model except for buyers in England and Wales.
For buyers in England and Wales we will in most circumstances and for most addresses be able to include prompt delivery using our own gallery vehicles and personnel with no additional charge. For some of the extremities of the British Isles we will have to make an additional charge, although subsidised, to cover the use of a contractor. For delivery of this painting outside of the UK, please make enquiries with us so that we can provide you with a subsidised custom quotation.

In 1988, the lace business in Nottingham had all but collapsed and Paul, who was still designing for the trade in Italy and Spain, moved to northern Portugal. There, he bought and restored a ruined smallholding, learnt Portuguese, married Fatima and settled down. Then he gradually started to draw and paint again, this time not terraced streets but fields and the farmers who lived and worked on them. His former beautiful sense of rhythm came back as he expressed his admiration for peasant architecture, and a sense of goodwill towards the people who eked out a tough existence in the granite hills. Although his Portuguese work is in the rich Mediterranean hues of the countryside, his art still celebrates the ordinary man and is an unblinkered, heartfelt response to a hard but rich way of life that is rapidly being lost. Paul still lives in Portugal, near to Covas, with his wife, Fatima.

This original oil on canvas of the annual fairground called Goose Fair in Nottingham is of immense proportions and impact. It captures perfectly the sights, sounds, smells, hustle and bustle of this historic fair, sited on the area known as The Forest in the 1970s. In the foreground are hordes of people, ordinary working-class folk, men, women and children; in the mid-ground are the various stalls and rides of the travelling funfair, including the waltzers, the shooting gallery, and the famous carousel horses, and in the background are the red terraced houses of the surrounding areas of Nottingham. There is an atmosphere of excitement as the public enjoy this glittering escape from reality. The image is full of life and detail and you spot something new every time you study it. This is a real piece of social history. 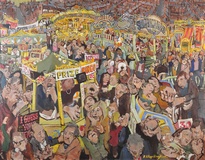