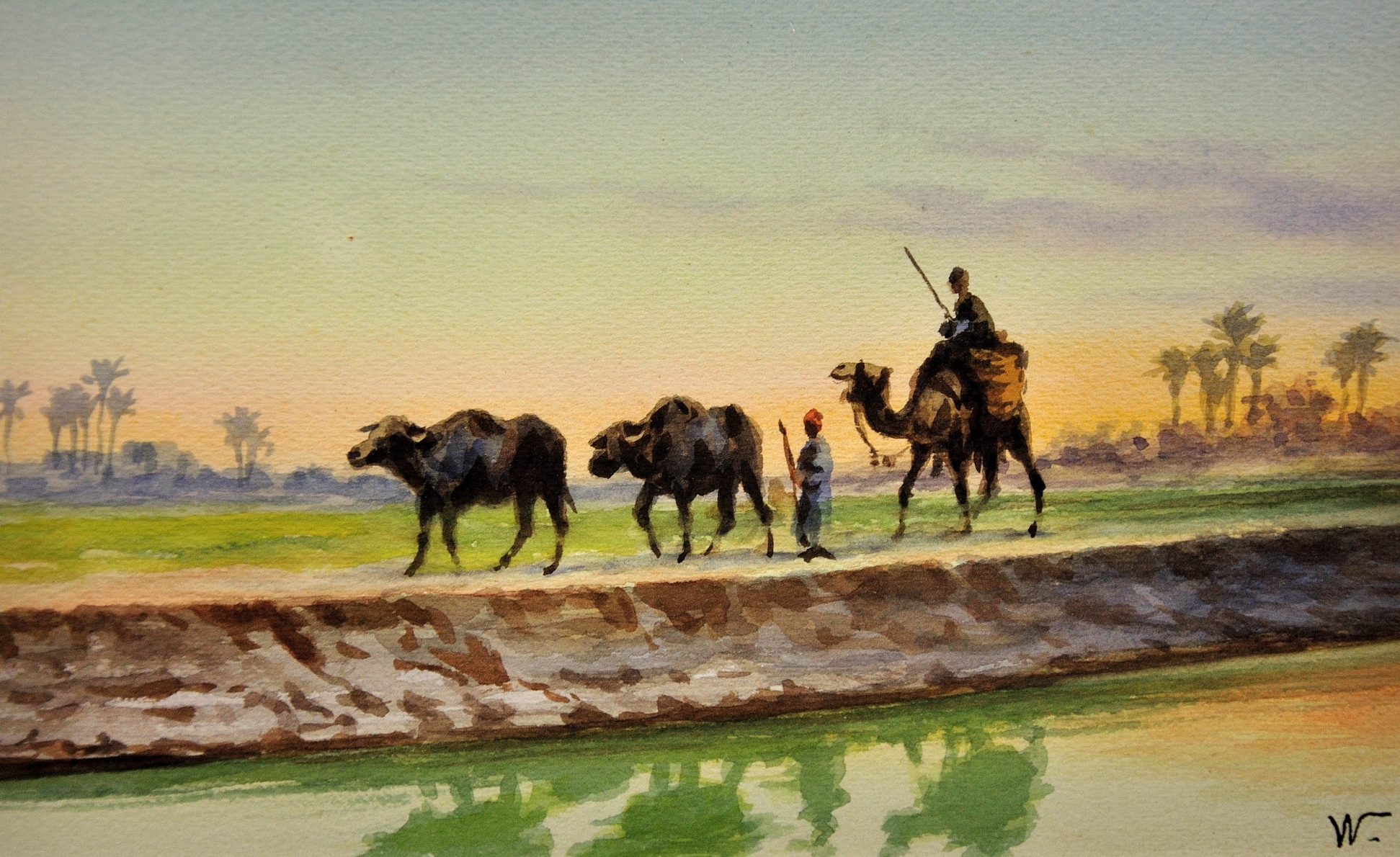 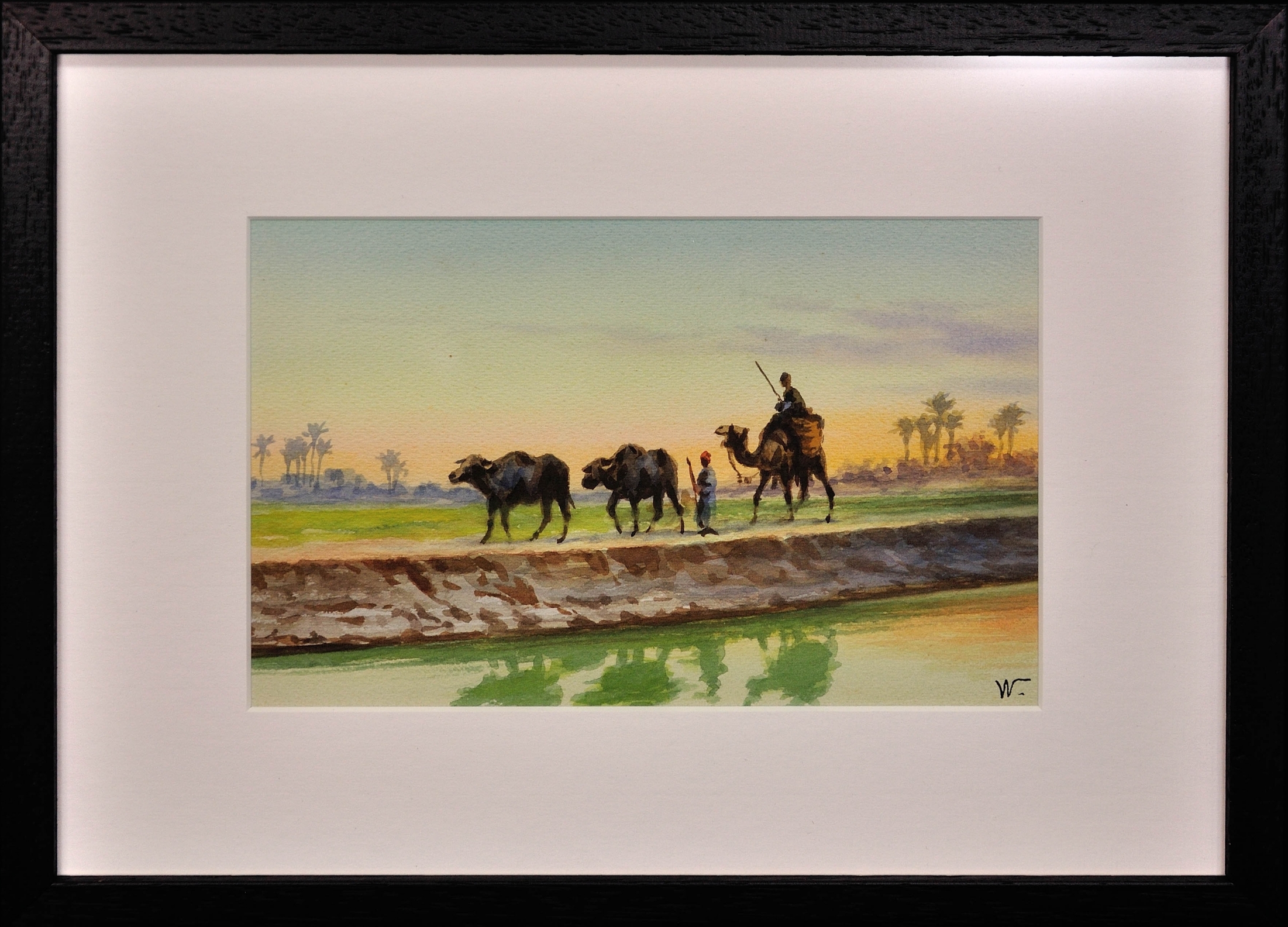 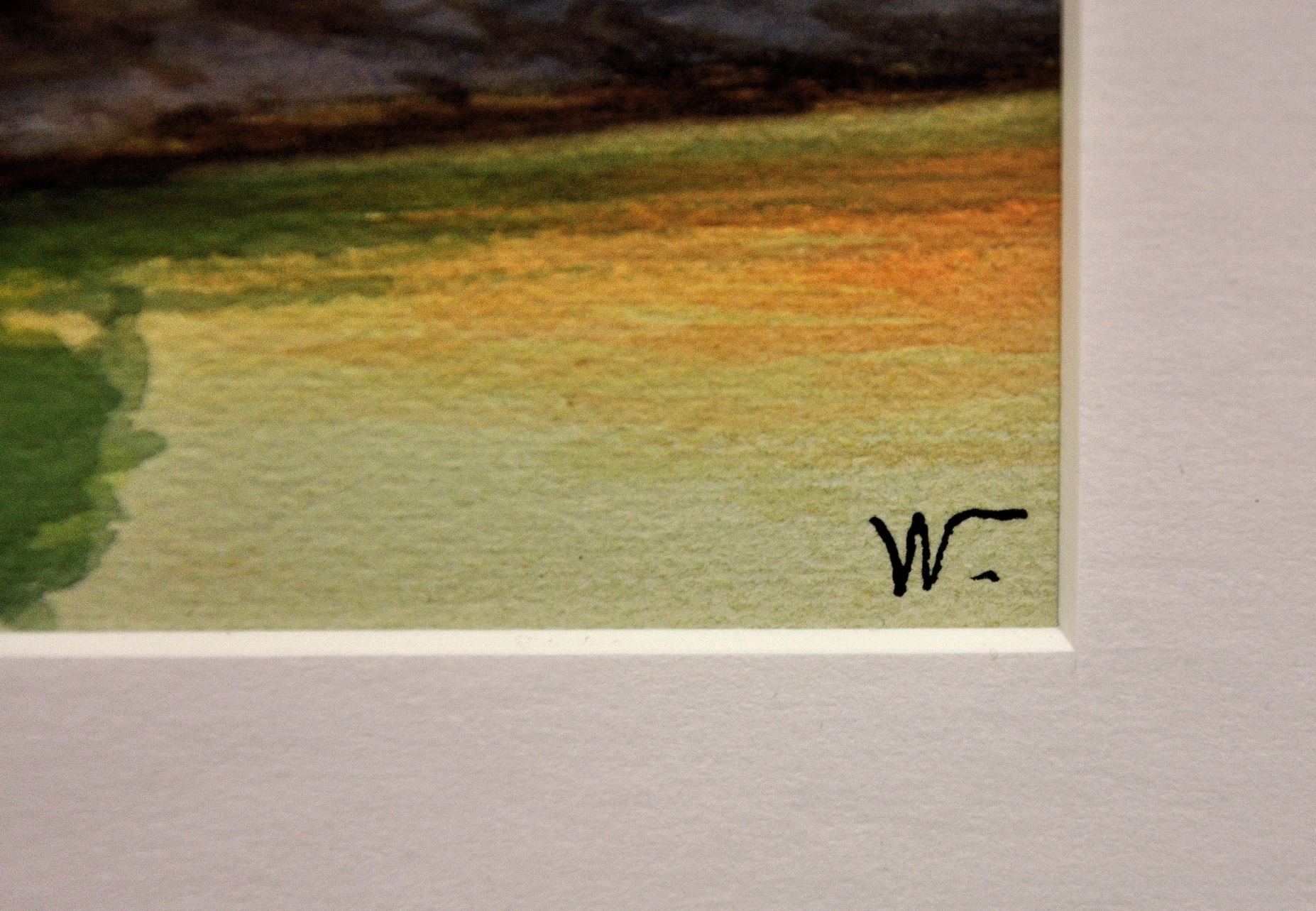 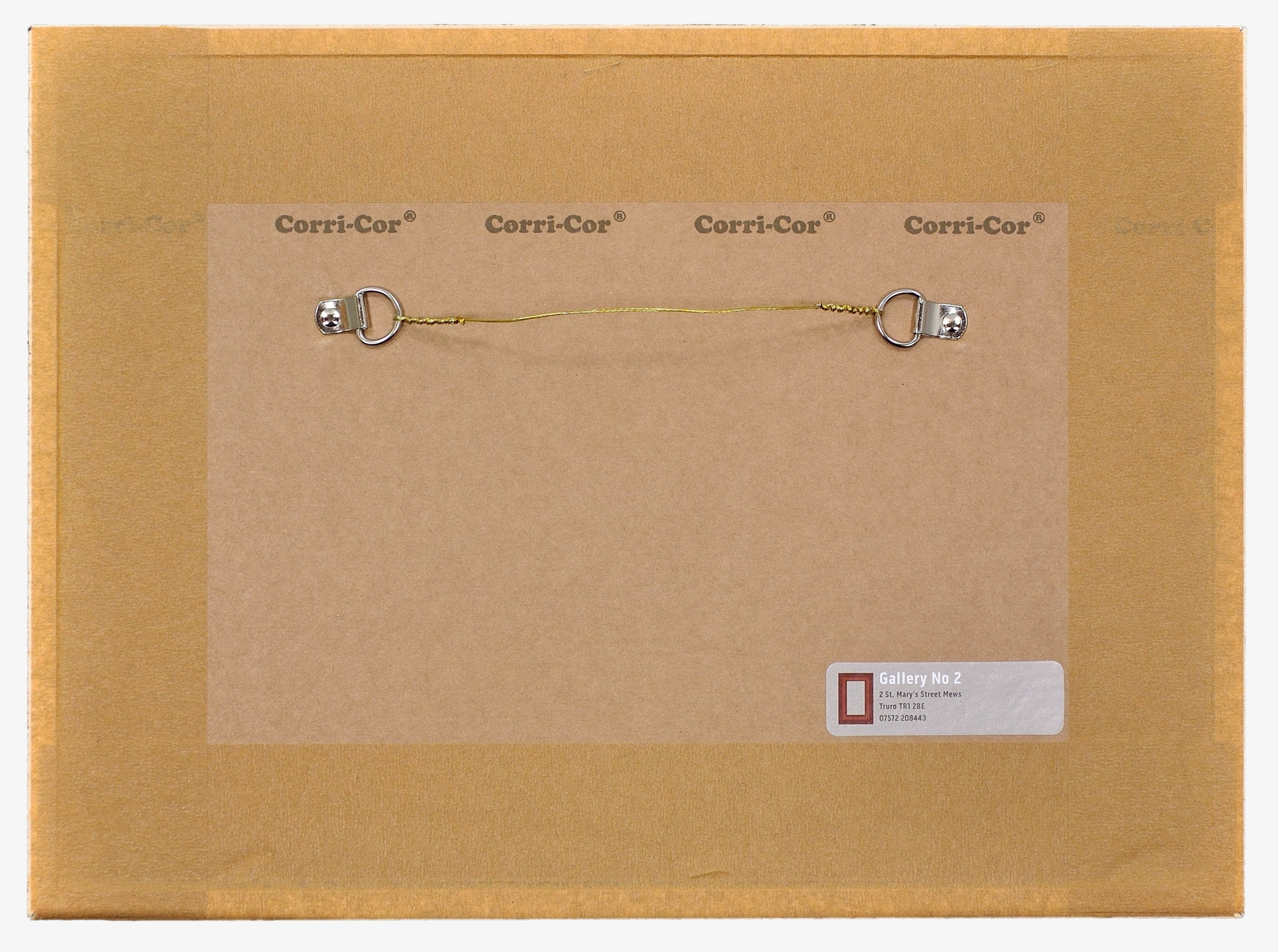 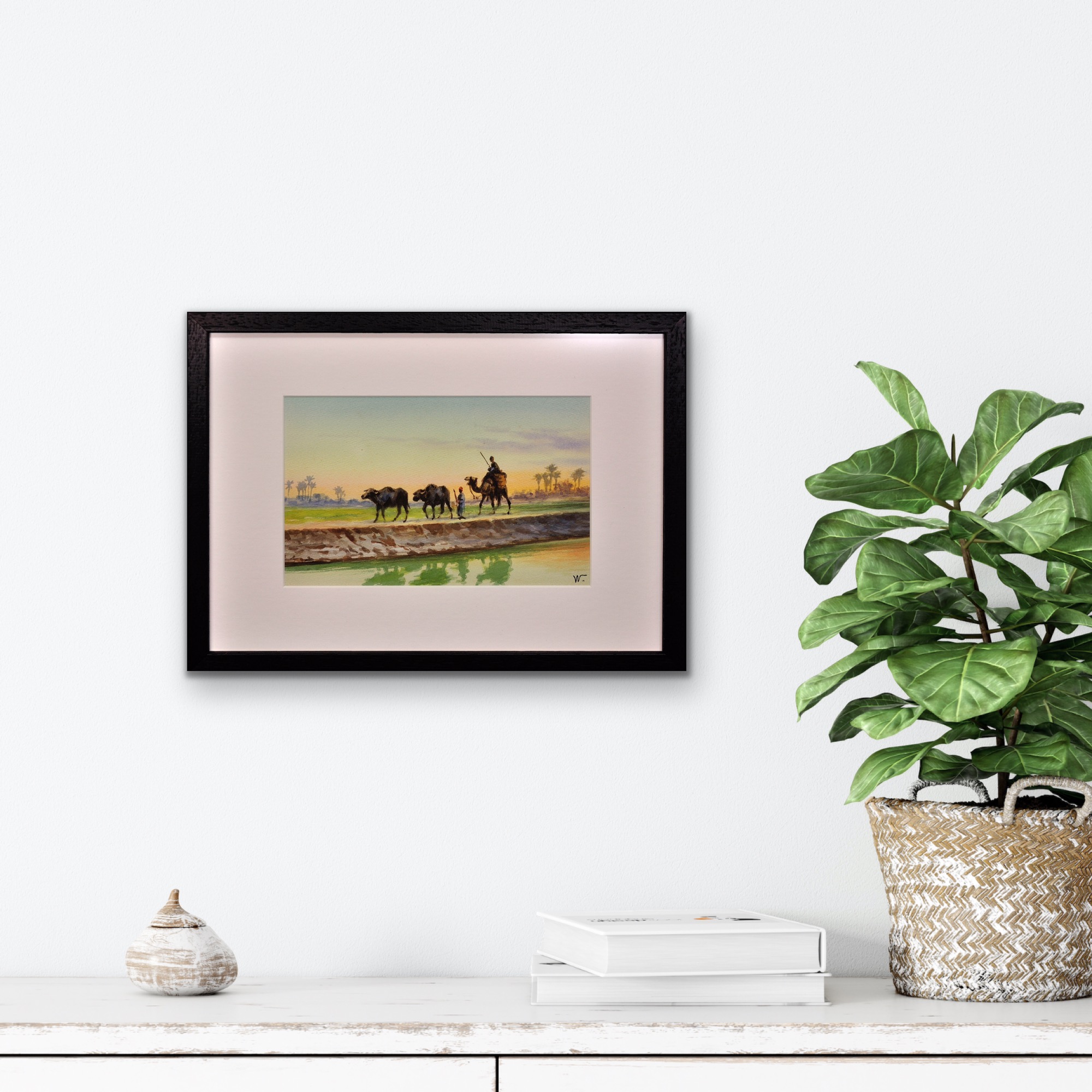 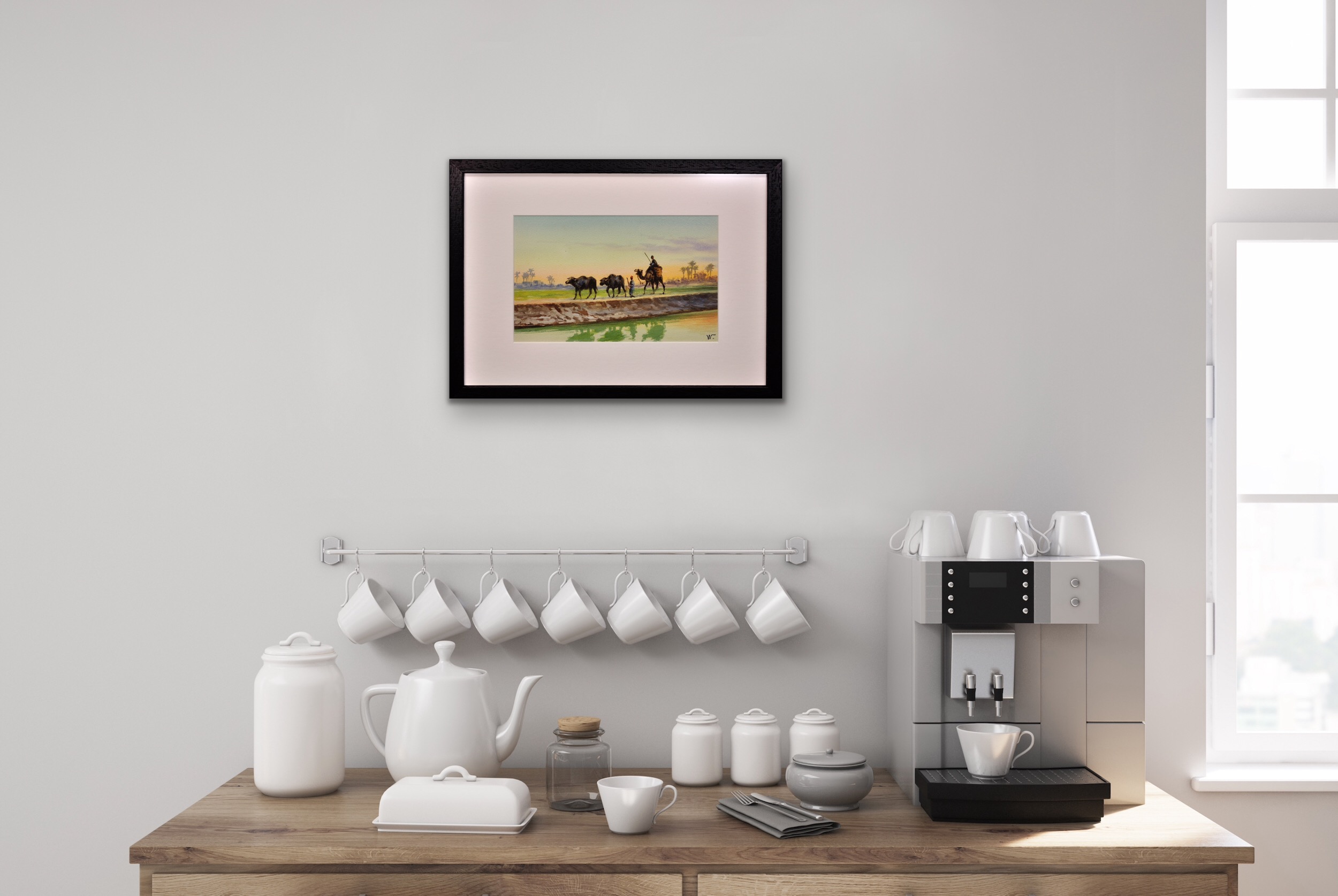 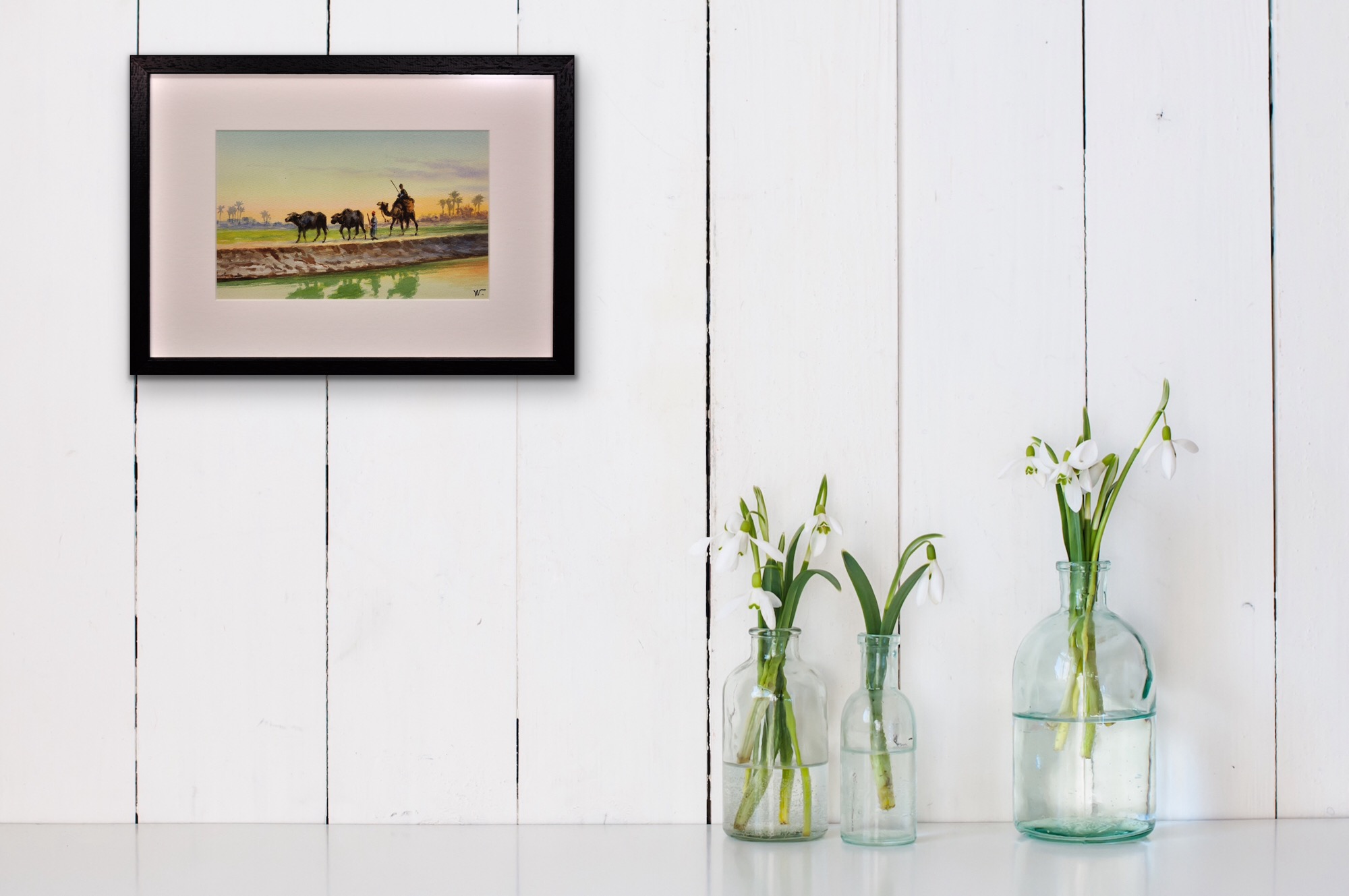 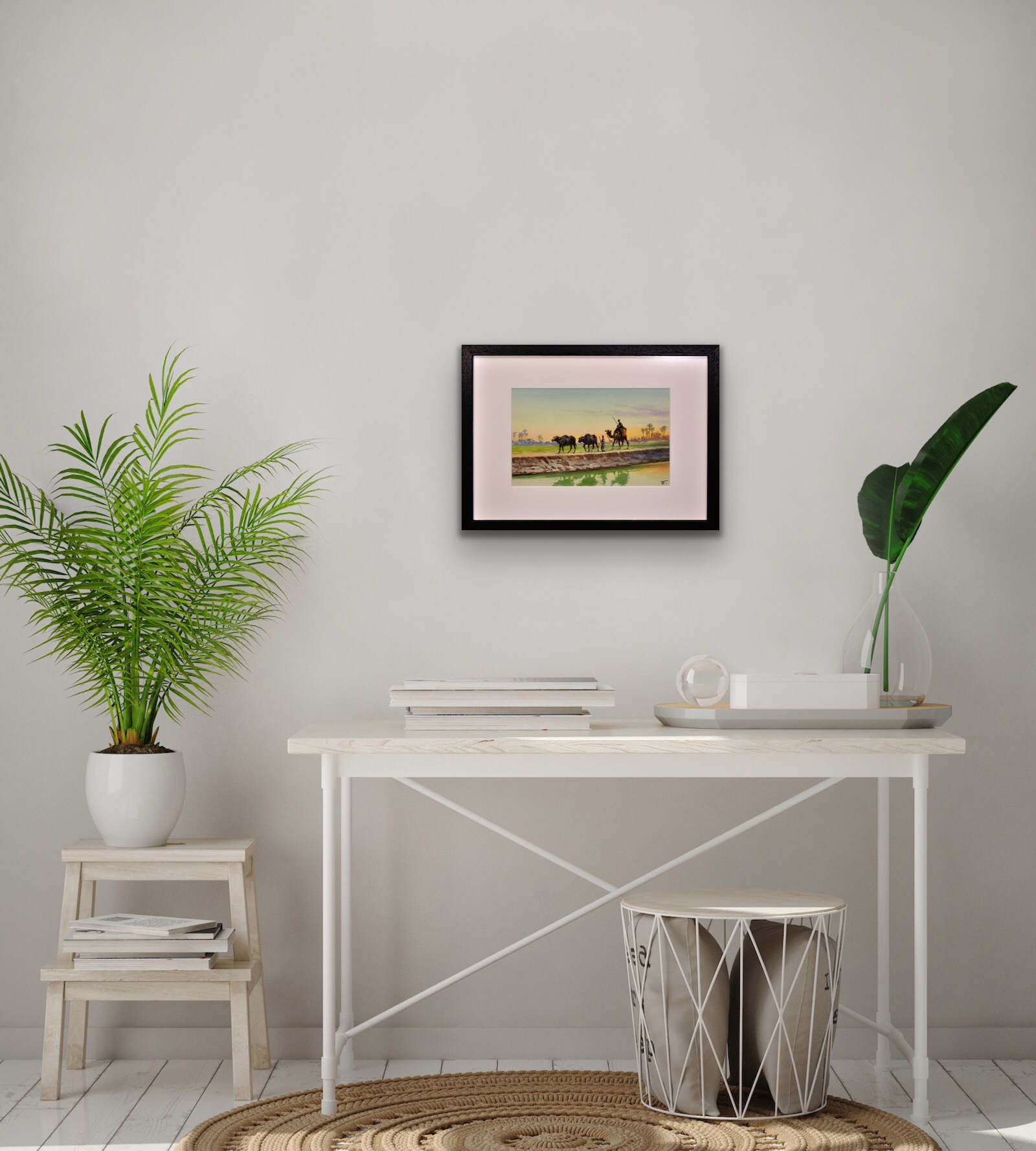 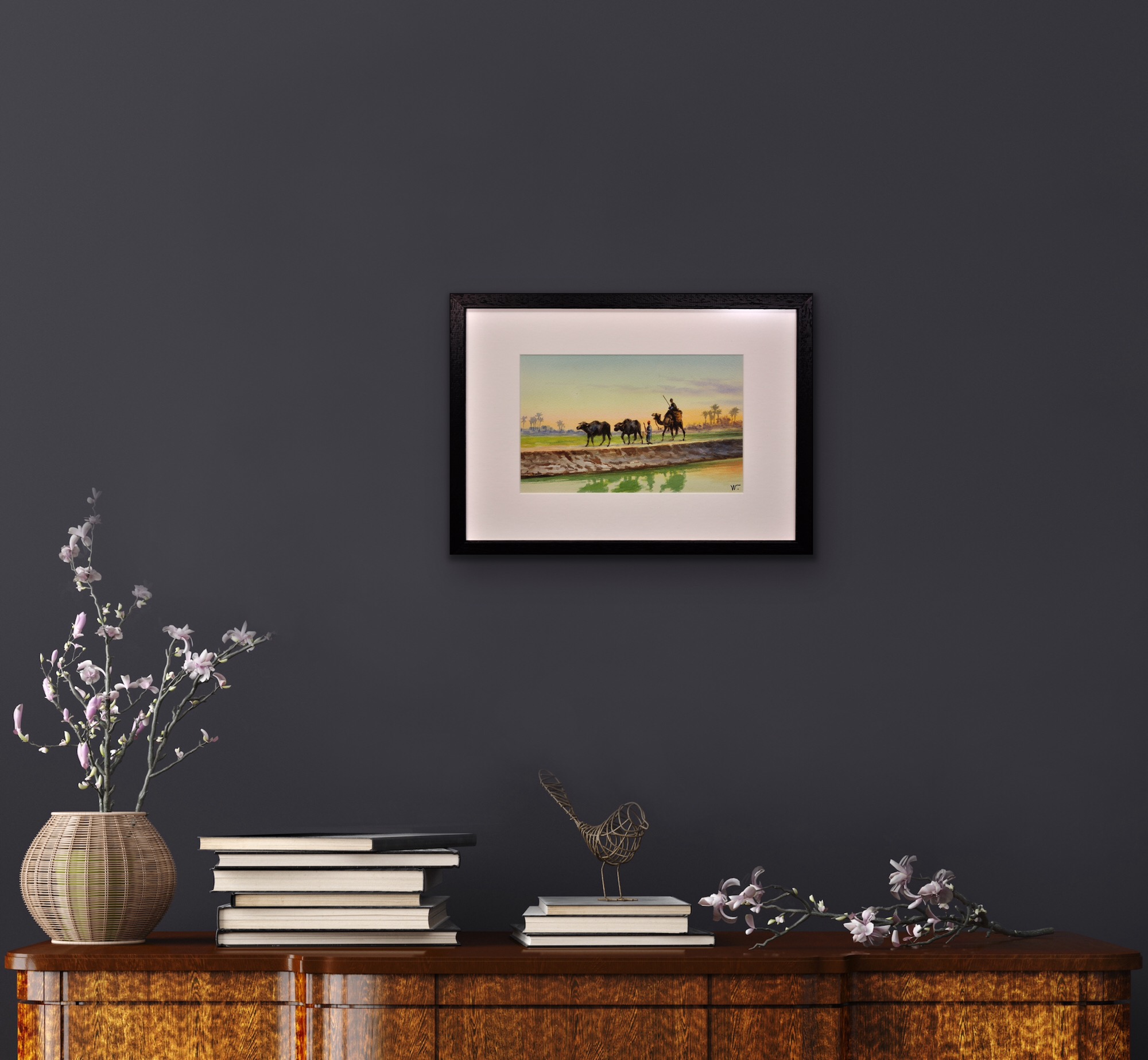 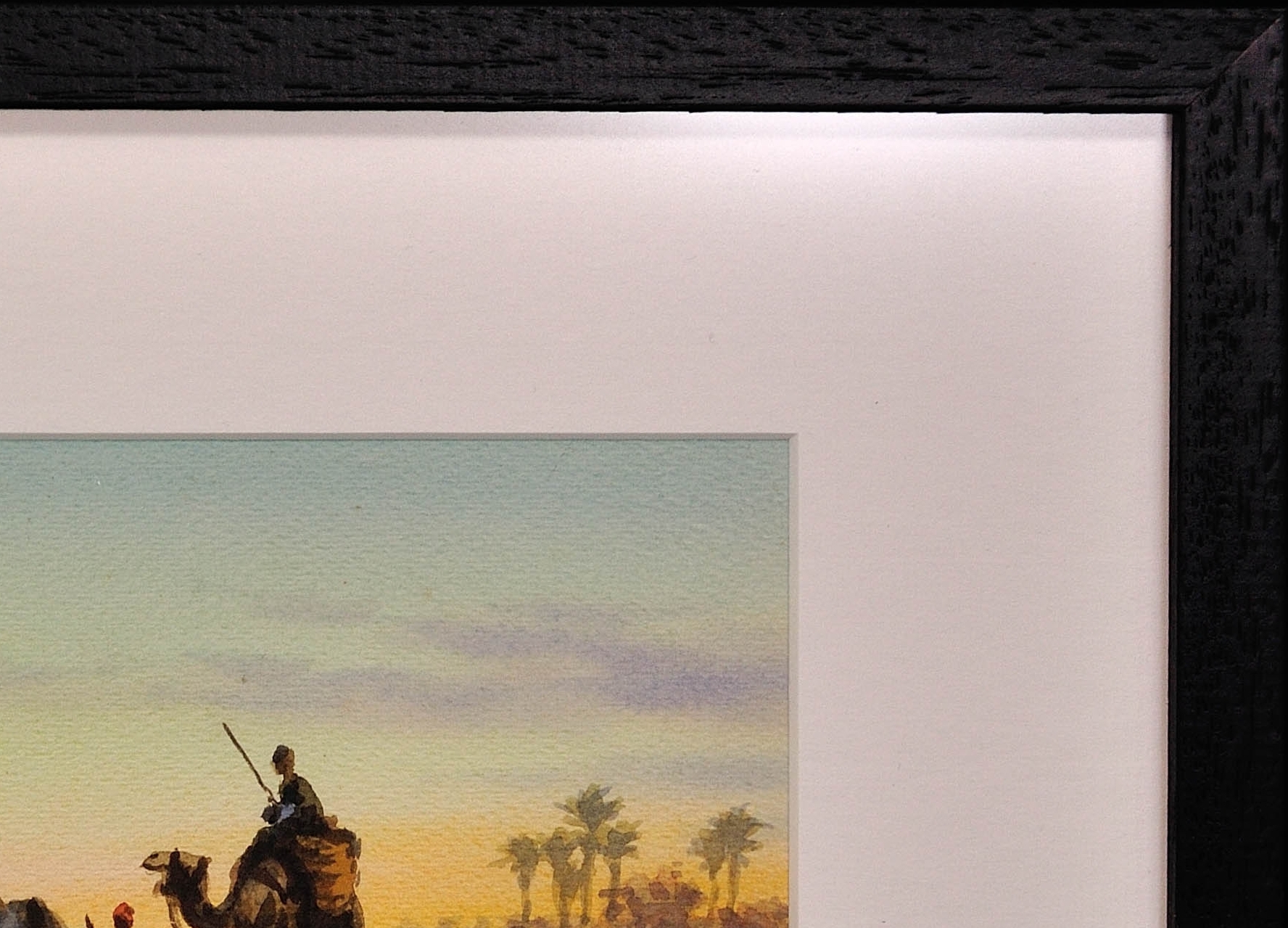 This charming original watercolour painting depicts a procession of two Egyptian buffalo, a man on foot and a camel walking in single file along the side of a river. There is a rider on the back of the camel, sat between large sacks or baskets. Both men appear to be wearing traditional Arabic clothing, and both carry a long pole, possibly to direct the animals. The reflection of the group can be seen in the calm green waters of the river. There is green grass beyond the bare banks of the river, and in the distance, we see two small settlements with groups of white buildings and palm trees. The sky above is wide and clear, with the amber glows of sunrise as the day and the journey begins. 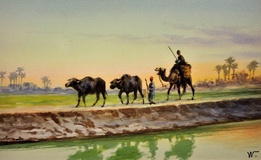