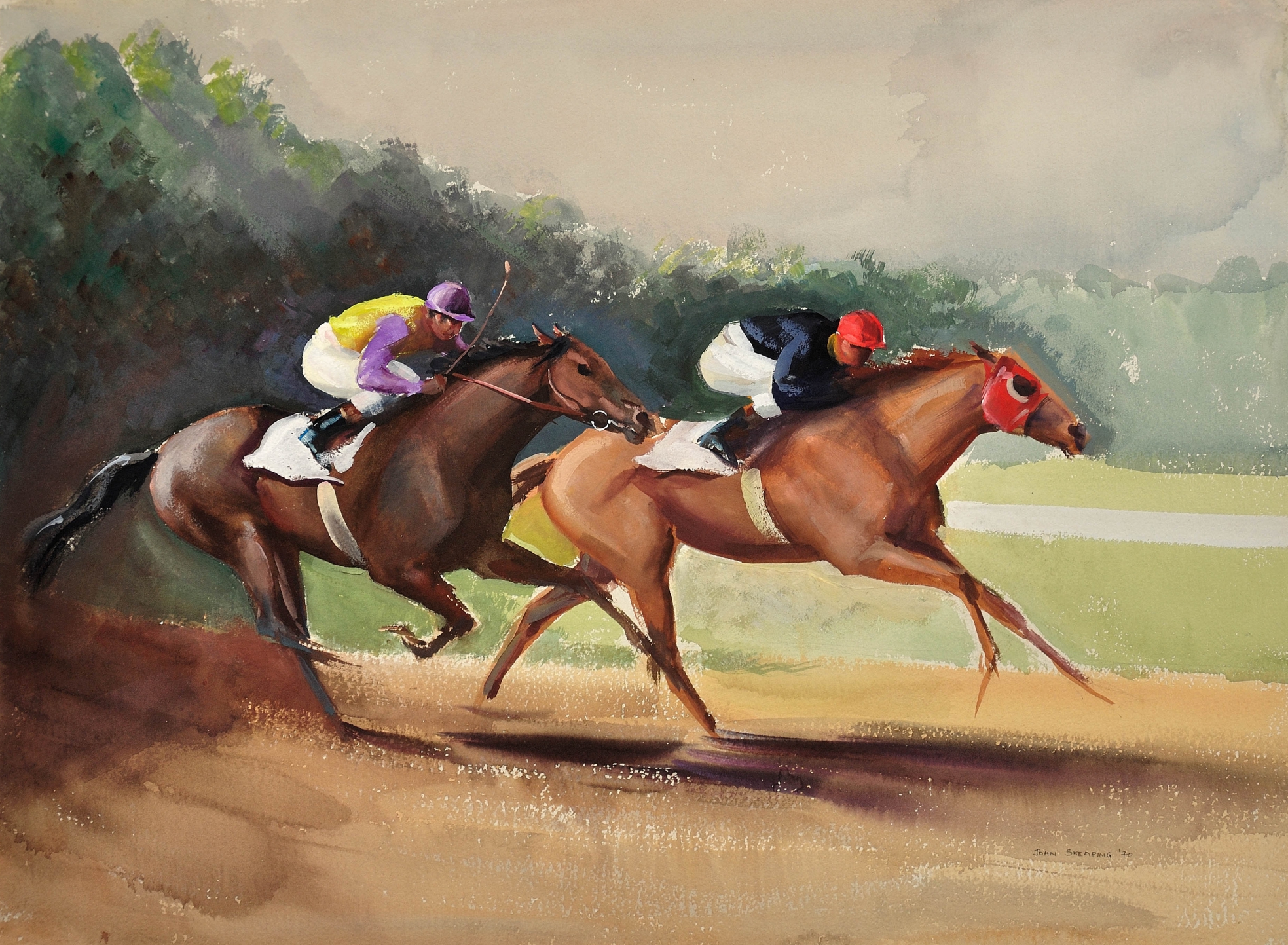 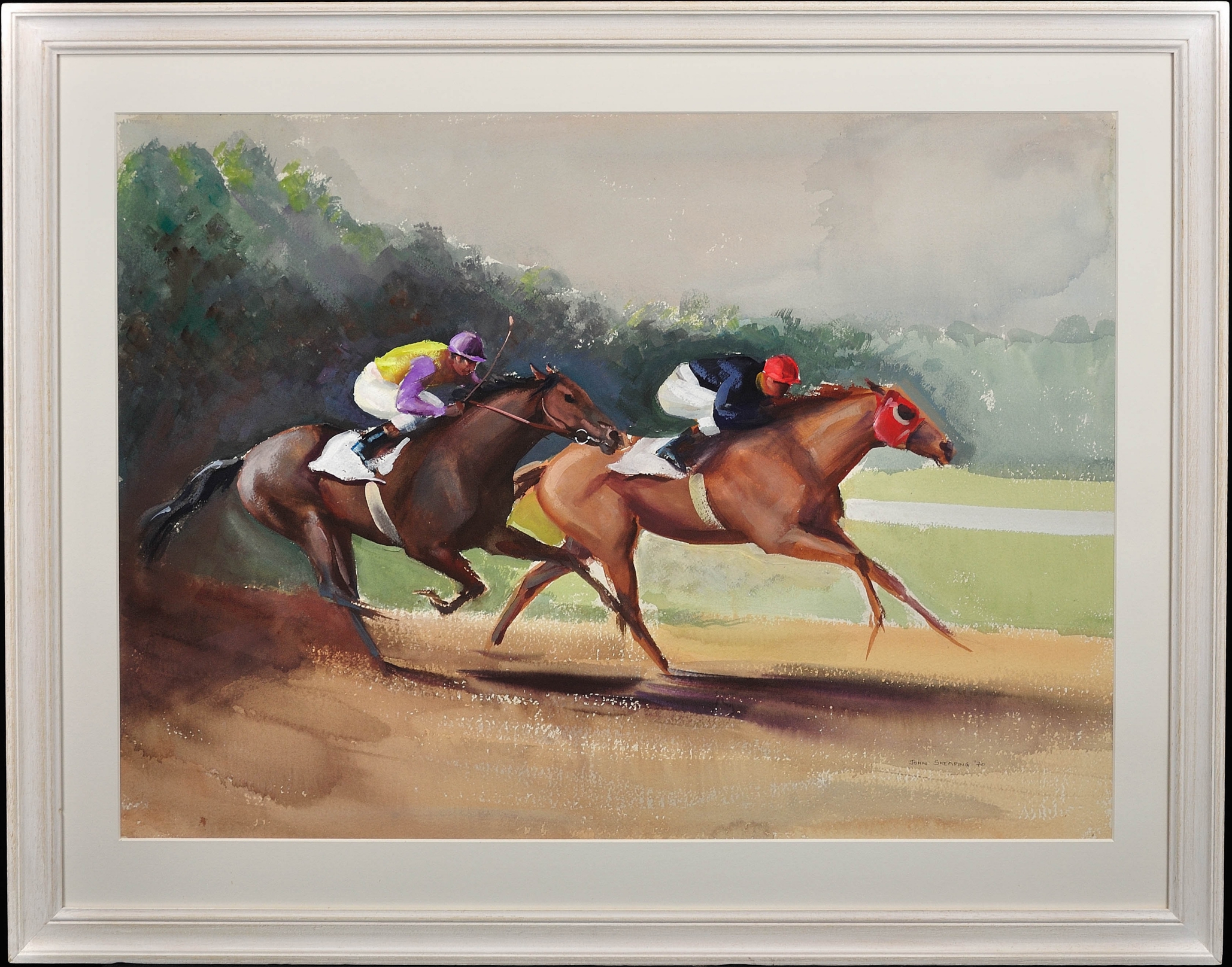 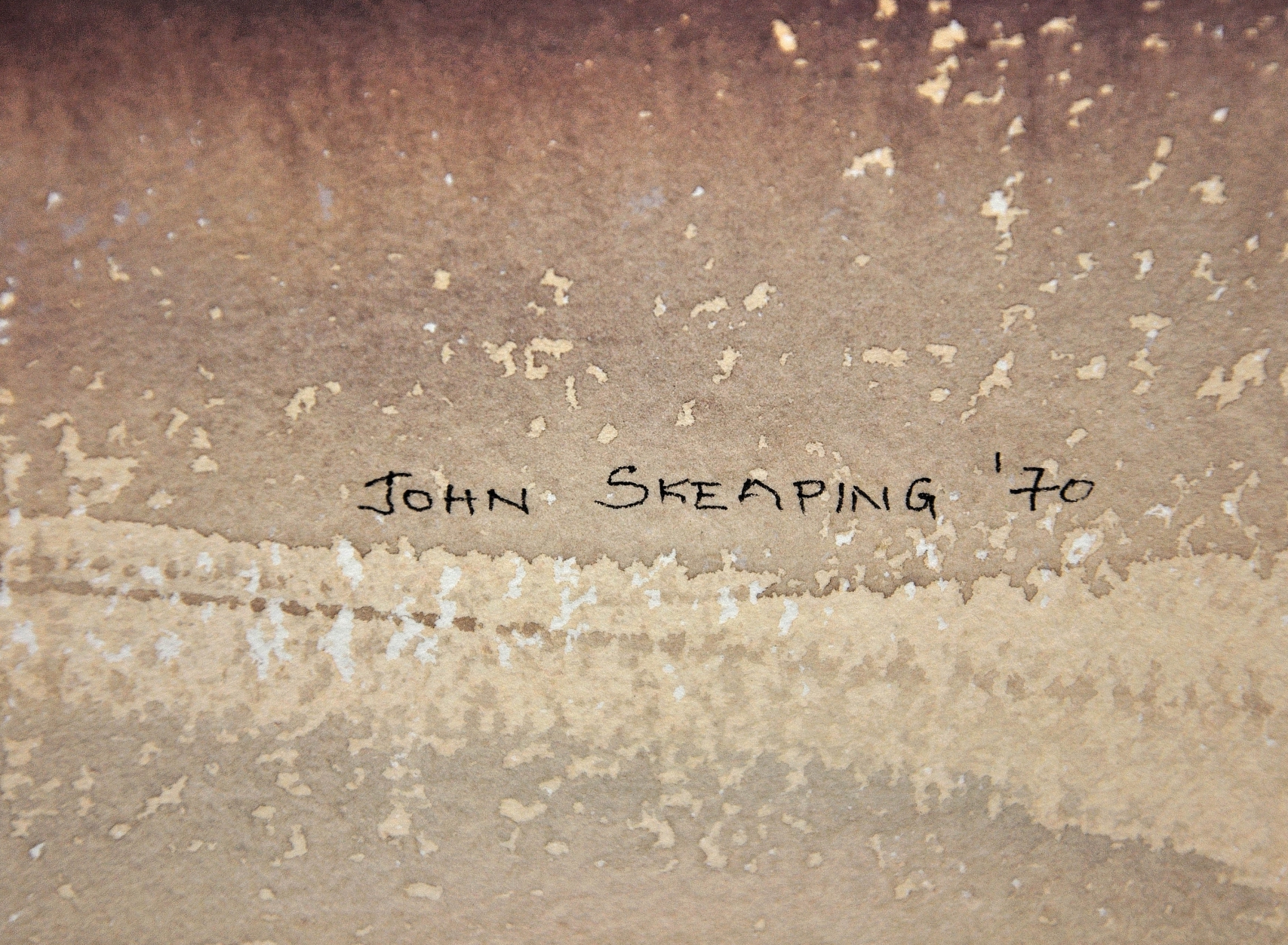 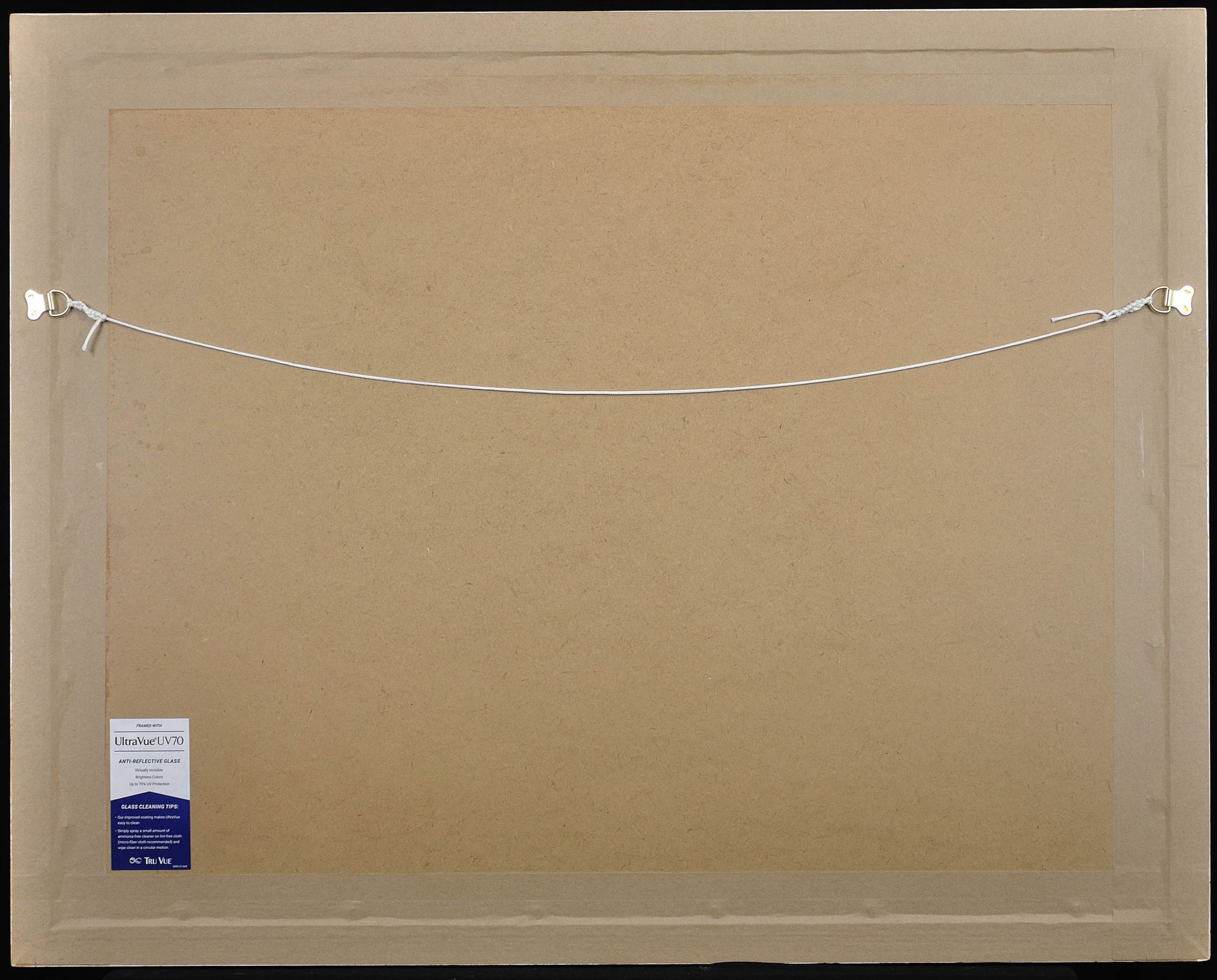 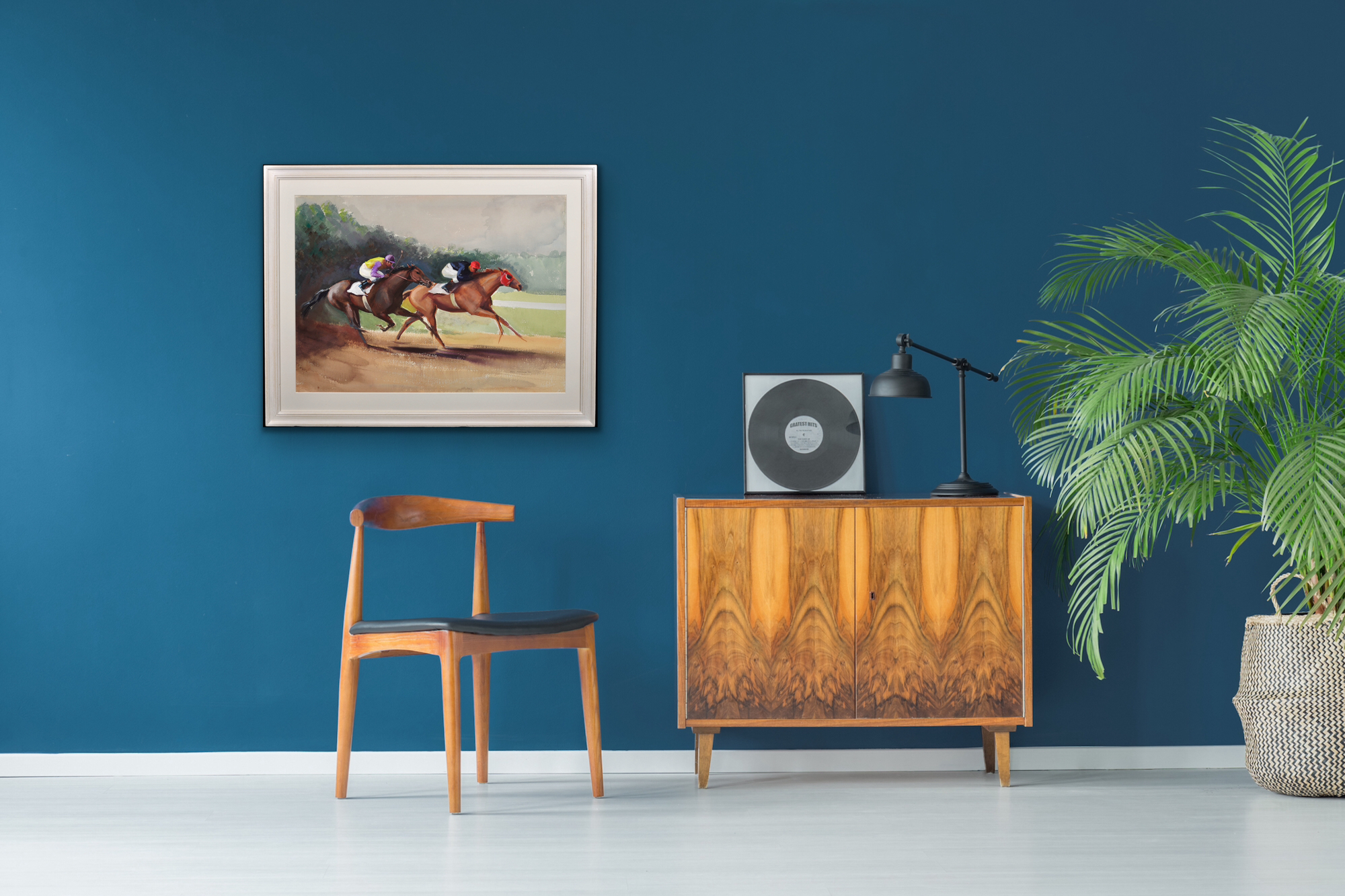 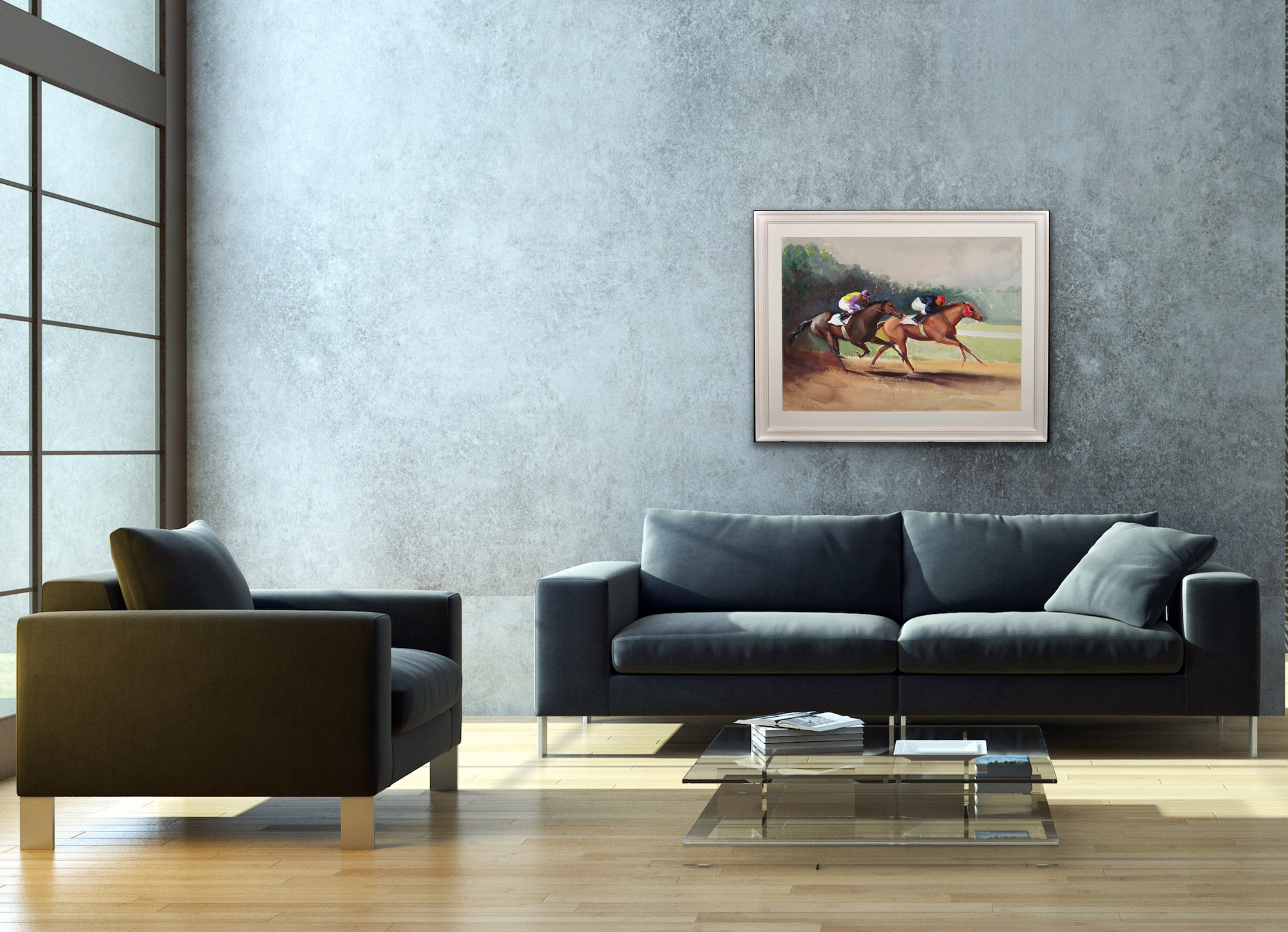 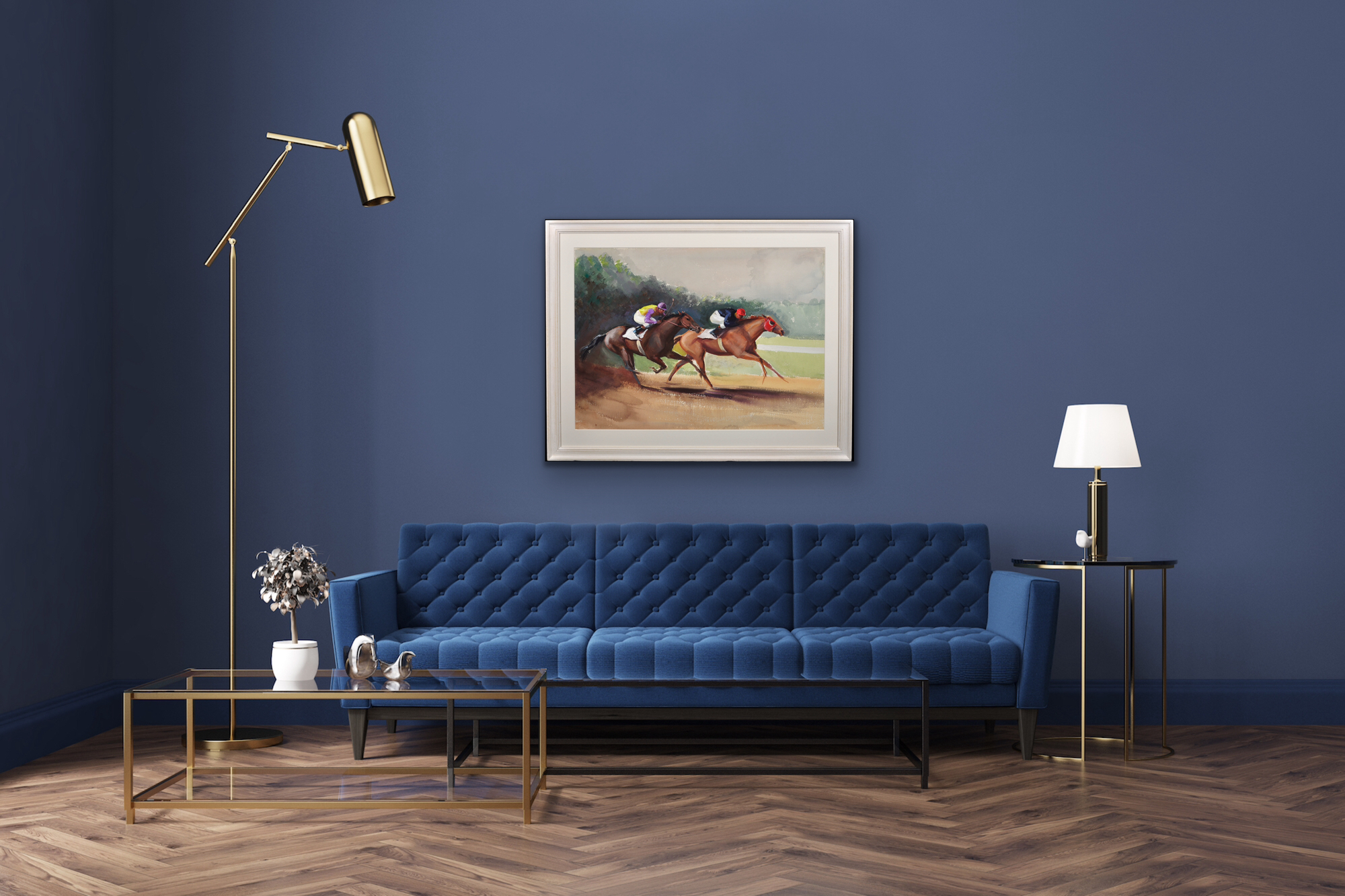 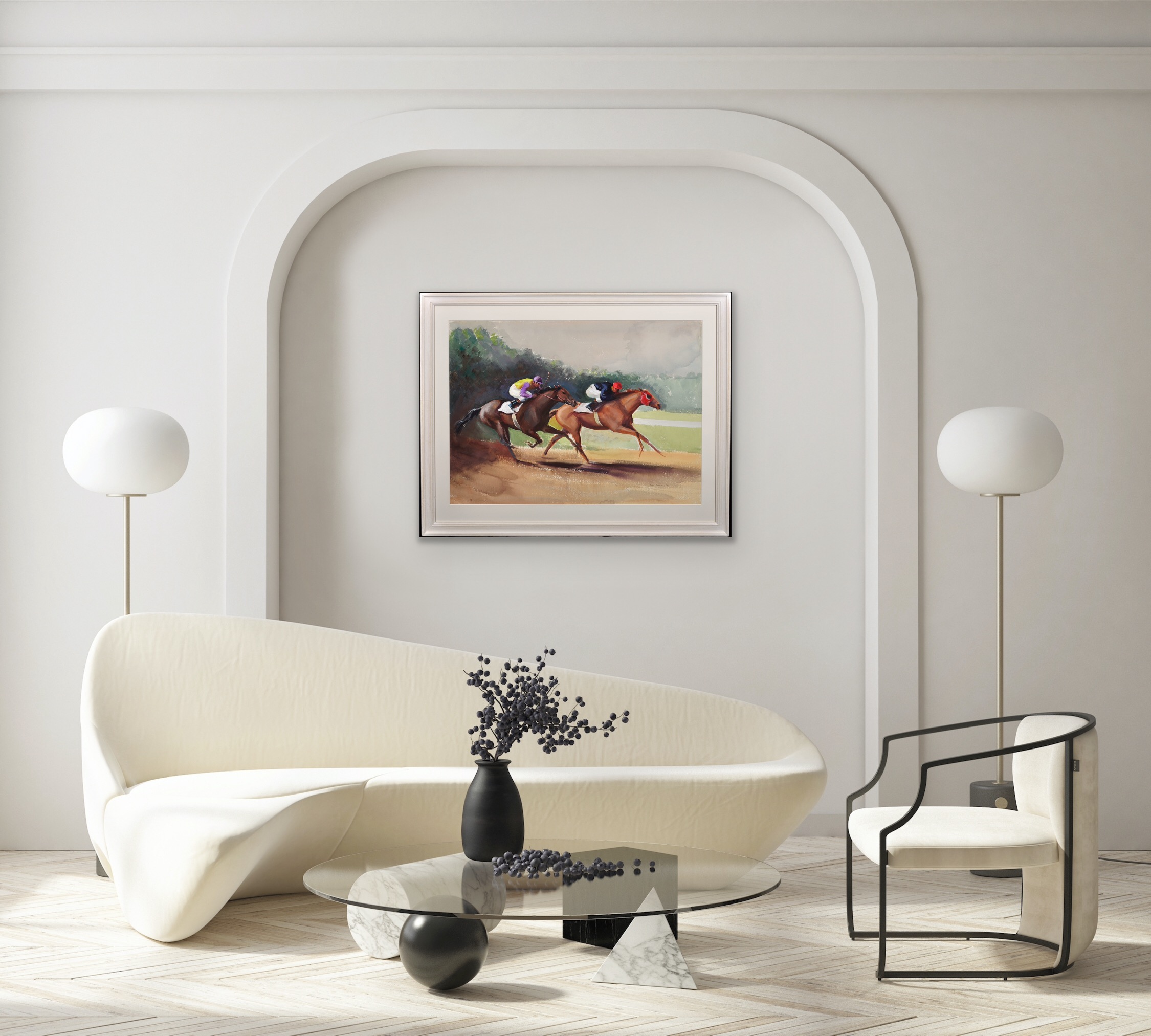 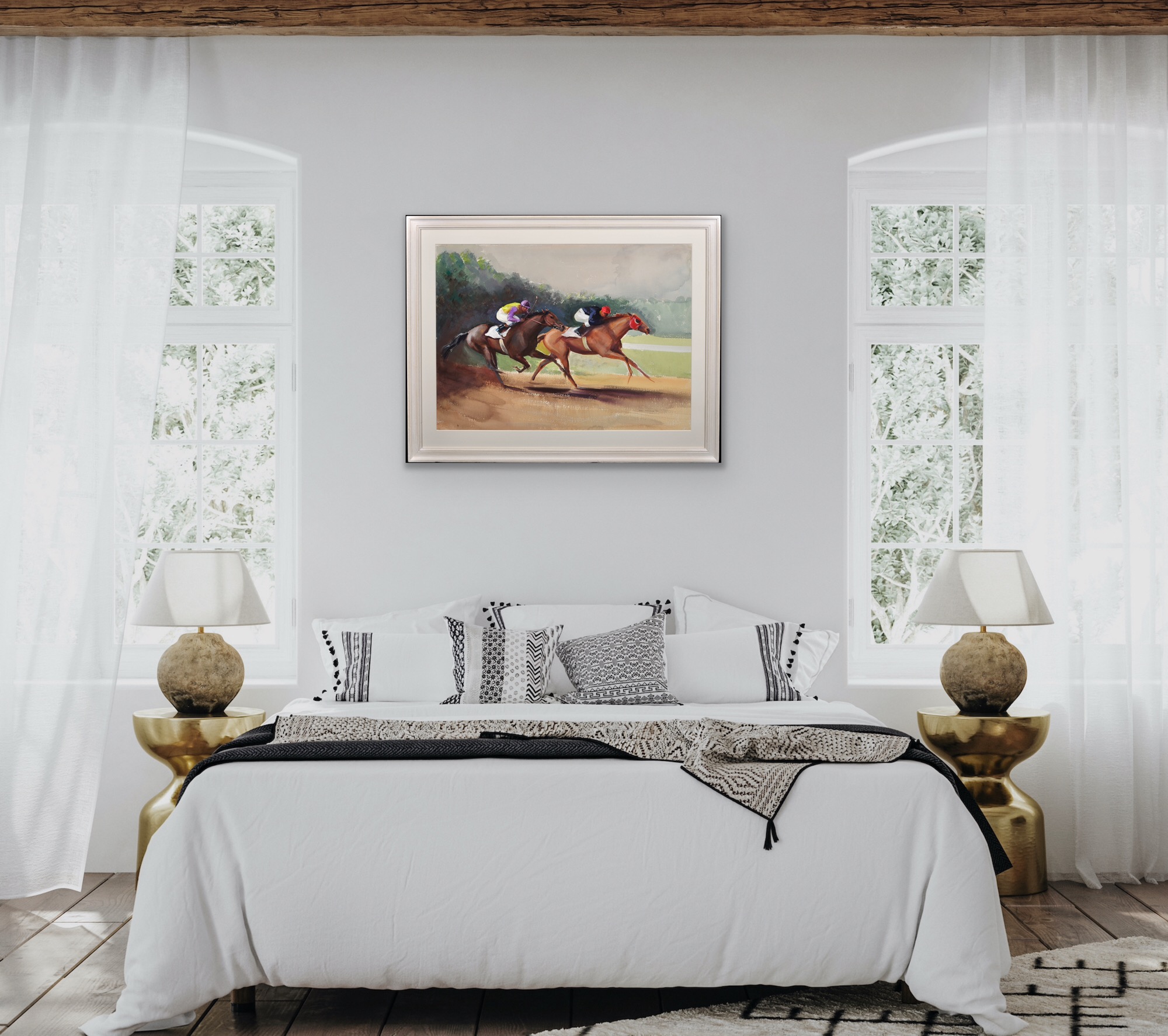 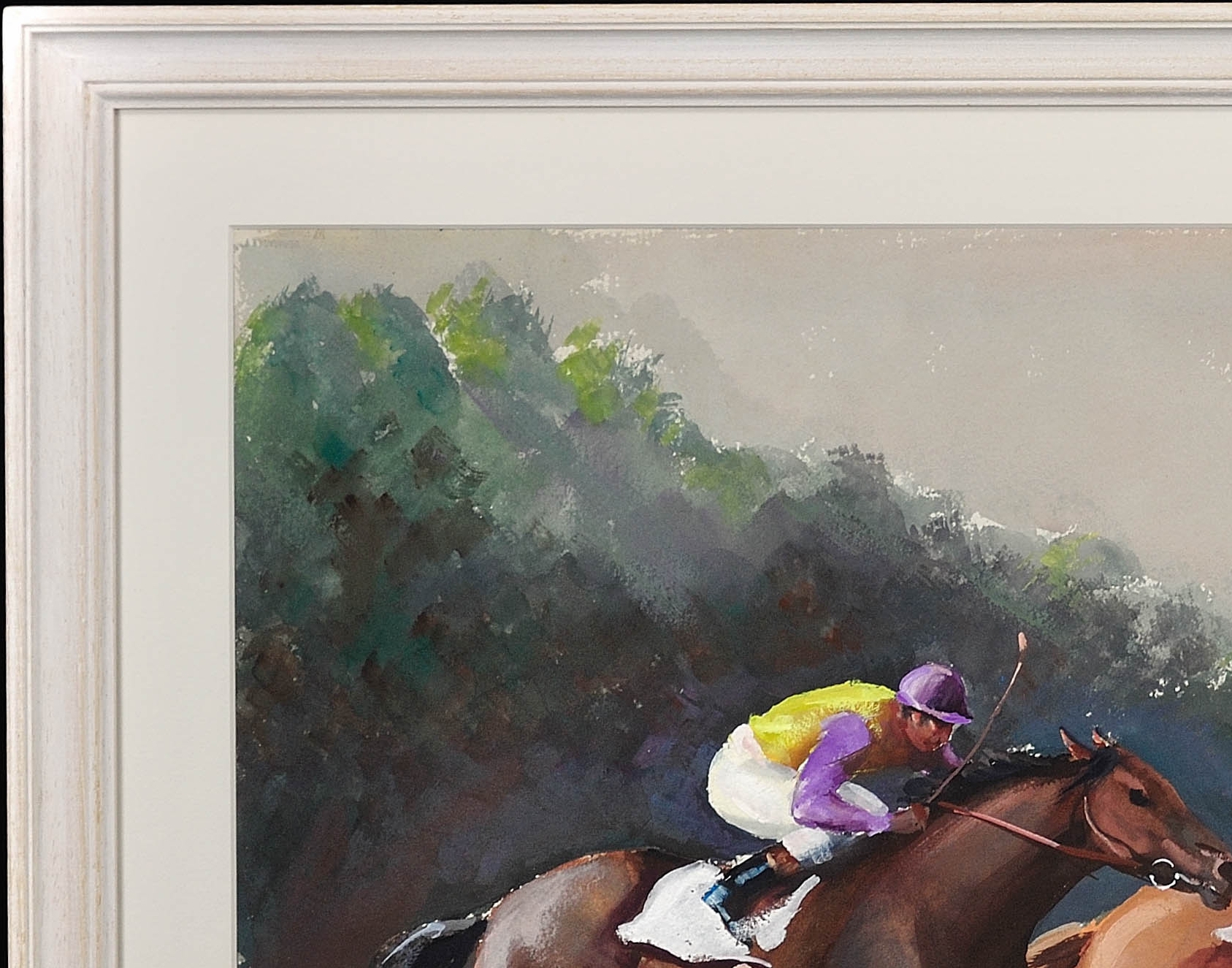 Available for sale from Big Sky Fine Art; this original gouache and watercolour painting by John Rattenbury Skeaping dated 1970.
The work is presented and supplied in its original frame and mount (which is shown in these photographs) but with a barrier of conservation materials and non-reflective Tru Vue UltraVue® UV70 glass.
This vintage painting is in superb condition and wants for nothing. It is supplied ready to hang and display.
Provenance: Direct from the artist’s family having never been displayed or exhibited before.

This delightful work is painted with a deceptively light touch. It depicts two racehorses and their riders at the closing section of a race. In the lead is a chestnut horse, with a jockey in white jodhpurs, navy top and a red cap. Edging towards him is a brown horse, with a jockey in white jodhpurs, yellow and purple vest and purple cap. In the background there is an open area of grass with tall hedges beyond. There is a sensation of speed and fluidity and the whole composition is one of grace and ease. 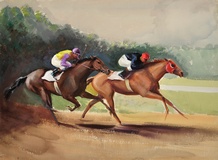