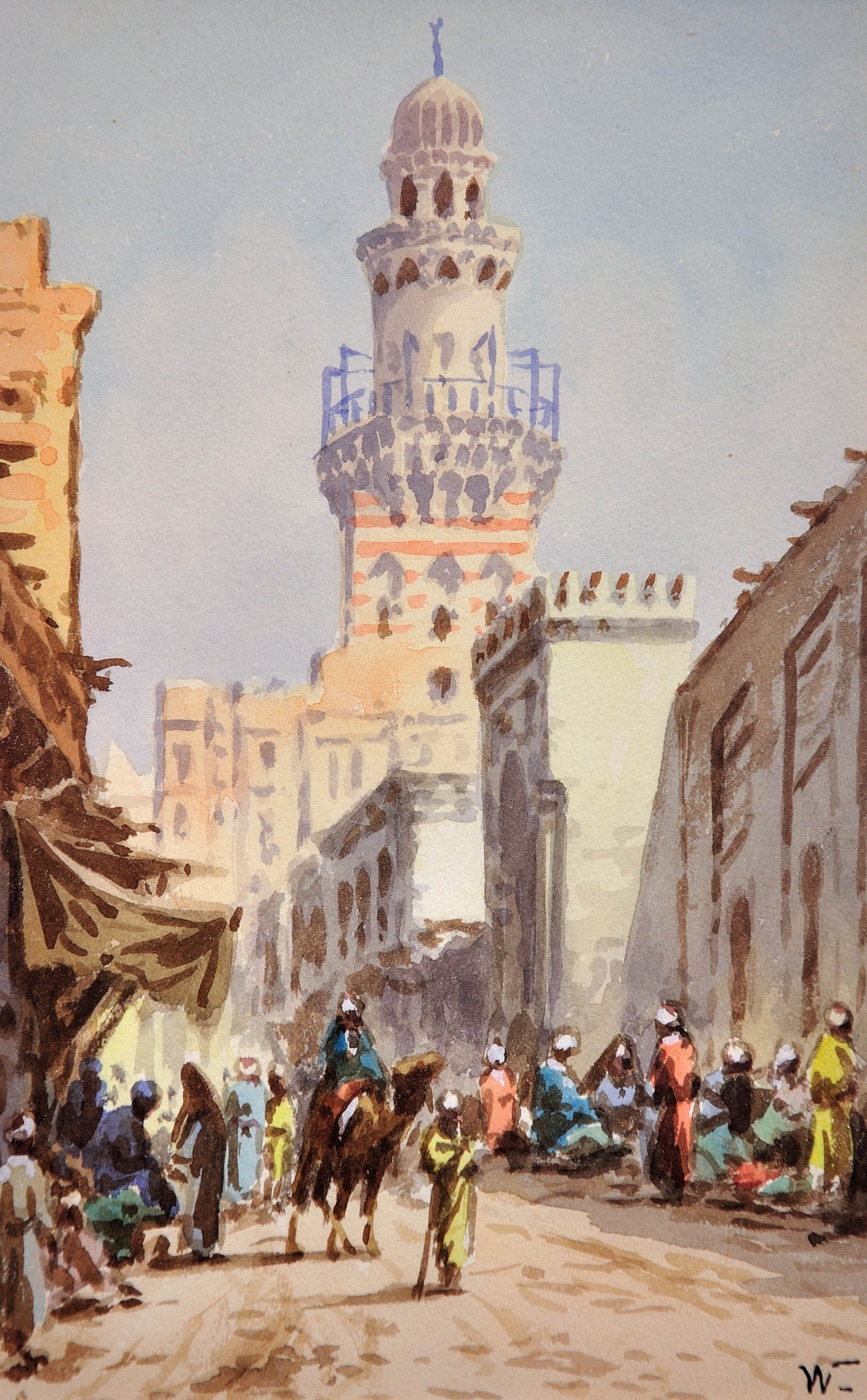 This original watercolour painting by Edwin Lord Weeks depicts a busy street in Cairo, the Egyptian capital, as viewed by the artist in the 1870s. We see the tall white stone walls and one of the great gates of the Citadel, and towering above is the decorated minuet of one of the city’s great mosques. The street is lively, with travellers and traders, some standing, some sitting, all wearing traditional Arab dress. There is a man on a dromedary camel in the centre foreground with another figure walking ahead of him. The buildings to the left of the scene have rough brown cloth shades over their doorways to provide some protection from the heat of the day. There is a sense of colour and activity, of bargains being struck and business being done in a scene that would have been typical in its day. For us, this is a glimpse of everyday life over a century ago in this important and uniquely historic city.